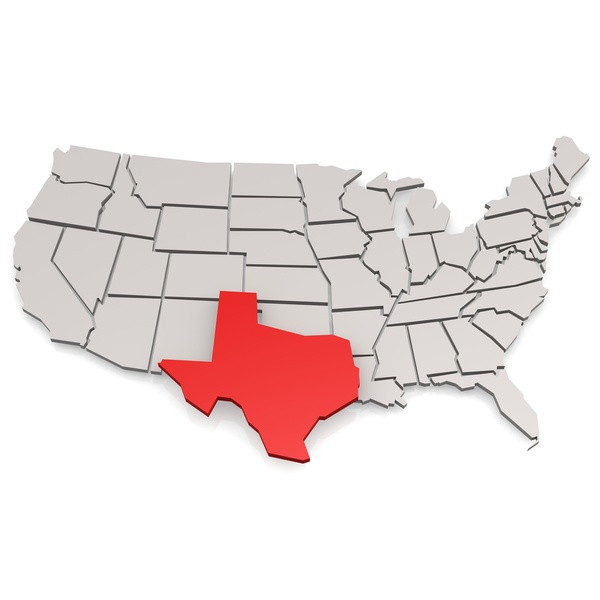 Let me just get this out there: I love playing in a Texas Scramble. In fact, it might be the only sort of ‘official’ competition I play at all nowadays. It ticks all the boxes as far as what I am looking for currently. So what exactly is it and what makes it so much fun in my opinion? Here is an explanation of exactly what a scramble is, why it is such a good format and how to actually do well in a scramble competition.

Why Strokeplay isn’t Always the Best Way To Play

I used to play a lot of strokeplay competitions. It was both an opportunity to actually play 18 holes of golf rather than a quick 9 or fewer and also a quest for a lower handicap. Bogey player, the back tees, 12, single figures, 5 handicap and so on. Over time, I stopped enjoying my golf. If the round started badly and I wasn’t going to score, what was the point of the rest of the round? Rather than enjoying the challenge and creativity of the game, I felt like I had to play well. There wasn’t a lot of pleasure in those short game shots anymore and putting was all about not missing and leaving it close rather than having a go. So I stopped.

This was good for me in a lot of ways. It led me to dig deeper into one of my passions, the world of minimalist golf for example. I also worried less (far less) about what my official handicap was or what my score over 18 holes might be. I still play 18 holes and keep score now and again (a fairly solid but not spectacular 78 yesterday, for example) but I am no longer following the highs and lows of my scores.

Of course, the downside was that I wasn’t competing. This might not be a problem for some people, but I have always played competitive sport and I do enjoy this aspect of golf. The Texas Scramble has allowed me to carry on playing competitions, to actually win things now and again, and to play the sort of golf that I enjoy.

What is a Texas Scramble?

The Texas scramble, or scramble as it know in many parts of the world, is actually a very simple format. Instead of playing on your own, you play either with 1,2 or 3 other players. Personally, I prefer a two man scramble and I will explain why a little bit later on. The game involves each player hitting a shot off the tee, choosing the best ball, then each player playing from that spot and so on until the hole is completed. In competition, there will usually be a team handicap in terms of shots, calculated on the combined handicap of the team, with a weighting towards the lower handicapper. As an example, my usual partner is around a 13 handicap. I am officially around a 9. We generally get about 4 shots.

The advantages of this game are probably fairly obvious. The first thing is score. It is fun as a fairly average golfer to be shooting for par or better.

The Advantages of Playing a Scramble

The last scramble I played was a friendly one when I was partnered with a 24 handicapper. We shot 2 over if memory serves. For me, but even more so for my partner, it is nice to be close to par. The last official competition I did as a scramble was with my 13 handicapper friend and we were four under.

Of course, I know this doesn’t make either of us scratch golfers or better, but it is still very enjoyable. Scrambles are generally played off the yellow tees here in France, so not the back tees which means that the course isn’t too daunting for higher handicappers and can become much easier to attack for the golfer who spends his life on the back tees hitting long irons into all the par fours.

The really enjoyable part for me isn’t the scoring though. It is the shots that I get to play. For example, in the last scramble, we were on a very short par four. This green is drivable in theory for me from the yellow tees. However, it really isn’t a smart shot if your card is on the line because the green is completely surrounded by water with a narrow entrance about 10 yards wide. My partner played first and hit a shot down the fairway leaving us with a little sandwedge into the green. This let me pull out the driver and have a go. I am happy to boast that I did actually end up on the green and we had (an admittedly very long) putt for eagle (missed).

Likewise, on one of the par fives, from the yellow tees, I can cut off the corner of the dogleg and make the hole considerably shorter by trying to fly over the out-of-bounds markers. My partner was in play and so I did exactly this. Here I wasn’t so successful, and my ball finished out-of-bounds. Obviously in a medal round, this would be terrible. I would be back on the tee hitting my third shot with the pressure on. Here, it was fine. We went to his ball on the fairway and we both hit shots from there. This also allowed me to try the hero shot of driver off the deck as he advanced the ball along the fairway.

Aside from having the insurance of his ball already being in play, the other reason that I could hit driver was that I could place the ball on the fairway and give myself a perfect lie. I know that purists will be spitting their coffee all over the keyboard at this point, but really this is another advantage in this format. Unless you are in the rough, where normally you would drop (but this rule tends to vary from place to place too) you can place the ball. No more hitting a great drive and finding yourself in a divot for example.

I am obviously a proponent of ‘play it as it lies’ and not cheating but placing makes a lot of sense, especially for less skilled golfers. Preferred lies are used almost everywhere in Winter, but with Summers becoming hotter and hotter and golf courses trying to do the right thing by using less water and pesticides to treat the fairways and greens, bare lies are becoming the new norm. Placing the ball on a convenient bit of grass does make sense.

The scramble is also a very interesting game in terms of tactics. This starts off with choosing a partner. In order to explain this, I will use me and my usual partner. I am a fairly solid ball striker with good distance off the tee. My short game is hot and cold and my putting under pressure really isn’t very good. My regular partner is an older gentleman who was a very good golfer in his day. He is still solid with a very good short game but has obviously lost a bit of distance over the years. He still hits it nice and straight off the tee.

Our tactics are quite simple. He will generally hit first and put a ball in play. I will then try to hit driver as far down as possible, but without swinging out of my boots. If it works, we are a long way down the fairway. If not, we are in play. If he does miss his tee shot, we assess. Is it playable? If not, I will hit a shorter club in play. Likewise if there is trouble on the hole. He might lay up short of a water hazard for example and I will then try to carry it.

For the short game, we usually switch things around. I will chip and putt first because I can do so without worrying if I mess up. I’ve found that I have started to enjoy the creative side of the short game doing this and pulled off some nice shots because I was relaxed. Generally, he will hit a solid shot anyway, regardless of what happens to my ball.

On the greens, this is even more true. My yippy putting under pressure goes on holiday for a while and I can give the ball a run at the hole knowing that whatever happens, he will almost certainly leave it close at worst. He then takes the last putt when it is a few feet or so. The occasional problem can happen if he misses the short one and I have to make it, but this is rare and it is helping me not to turn this into something I avoid completely either.

Problems with the Texas Scramble

There are a couple of issues with the scramble. I generally don’t like something like a four ball scramble for example. Firstly, it can be a slow format. Secondly, although most golfers are honest, you will find examples of ‘creative scoring’ in four man competitions. Thirdly, it can get quite a long way away from ‘real’ golf, in terms of style of play and scores.

For example, four good golfers playing off the front tees ill regularly be shooting comfortably under the course record. This is fine and I am not one that thinks it isn’t proper golf, but it isn’t something I want to do often. Now and again taking an all-or-nothing approach to every shot might be fun, but I prefer the balance of a two man scramble where you do need to have at least a measure of safety and strategy.

The other thing I have never really liked is when there are artificial additions to improve score. For example, sometimes it is possible to ‘buy’ distance on putts. This is usually done in charity events and so it is great that money is going to a good cause but in terms of the golf itself, it leads to some strange things. Essentially, you pay for a certain length of string at the start of the round, perhaps 50 feet, or whatever. If you have a ten-foot putt and everyone misses, you can use ten feet of your string to make it. Or you could use another five feet to move the ball closer to the hole, out of a bunker, out from behind a tree or whatever. Each to their own of course, but it isn’t my thing.

What you Should Try a Scramble

Hopefully this gives you an idea of just what a Texas scramble is and why you might want to give it a try. It really is a fun way to play the game. One final thought is that it can be a really good way to both practice something on the course (hitting different clubs off the tee for example) and also get golfers of all sorts of levels playing together. Letting that 36 handicapper putt first means that he will get to have at least one putt on every hole and will inevitably make a few which is great for confidence, enjoyment and opening the game out to a wider audience.