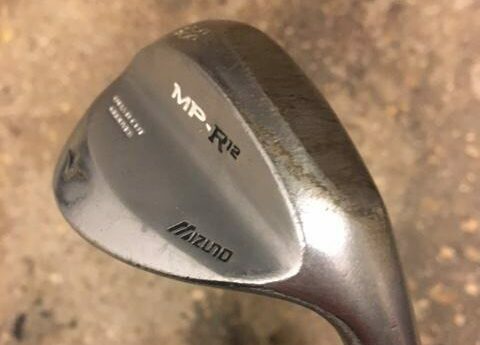 Like most golfers, I have a couple of ‘signature misses’ in my game. That iron shot that goes high towards the flag and then turns left into the bunker is a personal favourite for example. One other one that I have struggled with in the past is pulling wedge shots. This is quite a common one and something that many other golfers struggle with. This is why it happens and what you can do about it.

Missing Greens with a Wedge

Not a lot of things get my very frustrated on the course anymore. I try to enjoy the limited time I have to play and so the fact that a shot or two doesn’t go where I want isn’t going to make me lose any sleep. One that does frustrate me is missing a green with a wedge in my hands. This shouldn’t bother me, because I do it far too often, but it does!

I had a classic example a couple of months ago. I was playing in a Texas scramble with a friend and we were within easy sandwedge distance of the largest green on the course. My playing partner is unfortunately in the clutches of the shank and has been for the last couple of years on and off. It reared its ugly head here and he was off looking for his ball in the thick rough off to the right.

I stepped up to the ball and managed to pull my sandwedge left of the green from about eighty yards! In fact, if memory serves, I was actually long and left of the bunker that goes along the left side of the green. Scoring bogey when you are within 100 yards of an open green in a scramble is a fairly swift way of making sure that you won’t be winning any prizes at the end of the day!

So what went wrong? Unlike my partner, I didn’t completely mishit the ball. In fact, as I struck it, it felt fine and if I could see the impact position, I would guess that it wouldn’t be that far from the middle of the clubface. Unfortunately, I had just played one of the classic golf misses, the pull long and left.

The reason why this is such as common miss with a wedge is relatively easy to understand. There are a couple of factors, but the net result is that we hit the ball with the face closed and pointing left. This is something known as d plane. Essentially, the way the face points varies as we open and shut it or lower/raise the handle for example.

In wedge shots in particular, there is a tendency to close the face as we hit down with a descending angle of attack on the ball. The face is now pointing left and is also presenting less loft than it should. The result is that the ball goes left and long. This is usually a costly miss too because missing a green long is never a good idea on most courses.

Often, the cause of this type of shot is already there in the set up. The number of golfers who are actually aiming somewhere other than where they should be is huge. When you set up to the ball, ask a friend/playing partner to stand behind you and see where you are actually aiming. You might be surprised at the results.

Of course, there are (inevitably!) other ways to miss left with the wedge, and it is also quite common to miss short left. The reasons for this are actually a little bit different to the long left shot. Generally, the short left shot is because you are flipping at the ball. As we rotate into impact, the body slows down and the clubhead continues to accelerate through and we unconsciously try to lift the ball towards the target rather than hitting down on it and compressing it.

The result will be that the club is, at best, vertical through impact and at worst actually leaning backwards with the head leading the handle. We present more loft hence the ball going short, we actually get less spin because we are scooping and the club face has already started rotating closed, hence the left shot (obviously for right-handed golfers.)

The fix here is actually related to better swing mechanics. What we want to achieve is a swing where the big muscles of the body are turning and the arms feel almost a bit rigid. This is actually a really good drill with wedges because we tend to be less worried about power and can concentrate more on the feeling. Think of shoulders turning back and through, staying centered on the ball and rotating through. The finish should go low and left.

Working on this with a half then a three-quarter swing usually works well and it should transfer to better ball-striking with all the clubs in the bag.

The final thing to think about with a wedge is what you are actually doing with your hands. A lot of golfers drop their hands right down with a wedge for some reason and the result is that the wedge face is now closed and pointing left. Guess what the result is going to be here?

Hitting the green with a wedge should actually be one of the easiest things to do on the course which is why it is so frustrating when we miss. Something I have been working on is to really concentrate on the basics. Is my set up good? Am I actually aiming where I think I am aiming and is the face pointing at my target line?

I then try to make a nice turn with my body and have the feeling of my arms simply being there to hold onto the club. I turn through the ball exiting left and low and have the idea of leading with my hands (but not to extremes). Finally, I don’t want to be hitting a 100% wedge shot. As much as I often prefer a full shot with my irons, hitting a three-quarter punch with a wedge and perhaps taking a 50 rather than a 54 or whatever, is almost certainly the best way to avoid finding the ball in the rough on the left rather than on the putting surface.

previousTracking/Stats: Worth Worrying About?
next3 Clubs and a Putter