I thought the best place to start of my journey into the putting yips was to see exactly what the science says. I am not a scientist and want to keep this as understandable as possible (especially for me!) I will link to to some of the resources that have helped me to get a grasp of the what the research tells us about the yips. 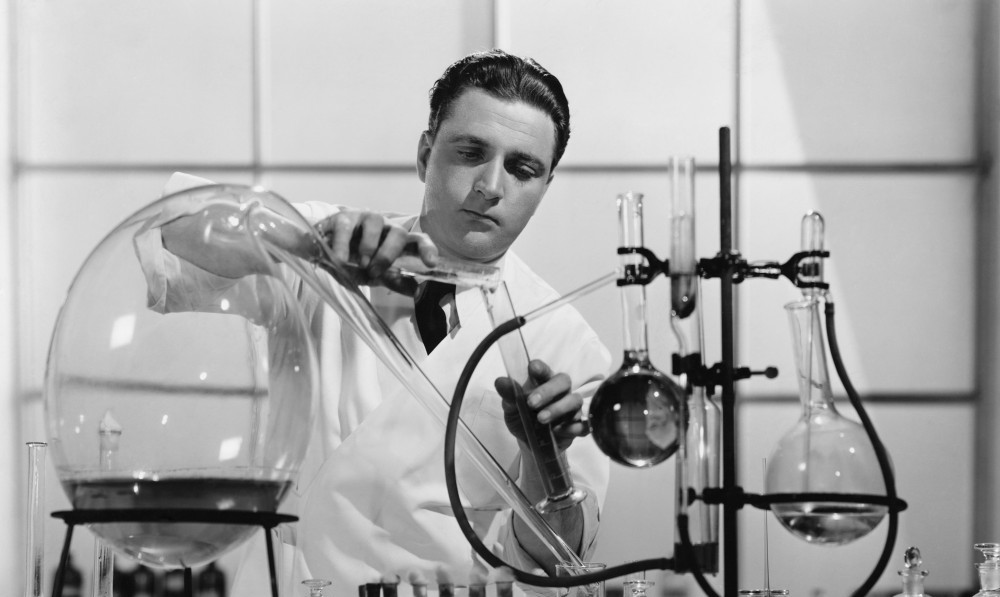 Not Just a Golf Problem

Interestingly enough, the yips is not actually unique to golf. Something similar exists in plenty of sports, particularly ones where fine motor control is needed (like on the green.) In fact, it isn’t even unique to sport. Writers or musicians can sometimes suffer from a similar sort of involuntary muscular spasm. So what exactly is causing it?

Well, the science points to quite a few different reasons (but doesn’t actually tell us who the main culprit might be for each of us.)

Here are the key factors that are common to many sufferers.

Let’s take a look at this “big three.”

Overuse of the putting muscles

Putting is very different to the full swing in that it actually relies on quite fine muscle control. A three foot (1m, more or less) putt requires very little in terms of muscle power but quite a lot in as far as coordination and fine control is concerned. And this is exactly what causes the issues. It is essentially a sort of dystonia, a disorder that often causes muscular spasms. The effects of an involuntary contraction of the wrist when you are aiming a tiny ball into a cup that is only a few inches across are usually fairly catastrophic.

The causes of dystonia can be diverse. In some cases, it is genetic. It is almost certainly linked to a problem with neurotransmitters in the brain and may become progressively worse (or not.)

Interestingly enough, this is actually a good starting point for finding a solution and something we will look at in the next article. Notice I say solution rather than cure because with the yips, the best way is often to actually find a new method rather than trying to fix things.

Stress and the Yips

The putting yips creates its own vicious circle which is, as I am currently finding, a real joy to deal with. Let me walk you through it. I have hit a nice iron shot and find myself on the green with a medium length putt. I roll it a couple of feet past. On this par putt, I yip as I putt and the 2 foot putt easily misses the cup and is now 3 feet the other side. I am now standing over a bogey putt, having missed an even shorter one for par and actually had a makeable birdie putt just a couple of minutes before.

Regardless of whether I am playing in a competition or just out with friends, my anxiety levels are now high. I feel stupid and certainly feel like everyone is looking at me. Even worse, I can feel pity from my playing partners which is, at least for me, just terrible.

And this is when the yips really kicks you where it hurts. Yipping creates stress and anxiety and this same stress and anxiety makes yips more and more likely! When I tell you that I haven’t played in an individual competition for three years, you can probably understand why and sympathise. Personally, I can see the difference that anxiety makes. As someone who doesn’t really have a problem with stress, it is fairly uncomfortable finding myself in this situation.

Interestingly enough, I have played in a couple of scramble events and have holed a few good putts. Generally, my partner will putt second and is going to be (I hope!)  a bit more competent than I am with the flatstick, and this actually lets me stoke the ball a little better. It feels like a “free” putt. This certainly adds weight to the importance of pressure and stress as an aggravating factor in the yips. I would hate to think what could happen if I had anything really on the line on the 18th green!

Age and the Yips

Which brings us to the final clear-cut cause of the yips: old man time. All golfers will tell you the same story: I used to be pretty good on the greens, but as I got older…… We see this quite a lot on tour too. The better putters are the younger guys just starting out. Even great putters like Tiger and Jordan Speith were better in the very early part of their careers.

I can’t count the number of times I have played with good junior golfers who will go aggressively at their first putt with no though other than holing it then casually knock in the five footer on the way back like it was nothing! If you could bottle that and sell it, it would make a fortune!

So why is this? In theory, putting should be the part of the game that holds together the best. I mean, it doesn’t matter if you can’t rotate quite as well and you aren’t as strong as before on the greens. You can lose 50 yards off the tee but you will always have enough strength to get it to the hole from 40 feet.

Basically, it seems t be similar to our first issue. We only have limited number of the movement in us. When you have taken your first 1000, 10 000 or 500 000 putts, things change. You are starting to overuse this movement pattern. For some people, this might never happen. For others, they could be tinkering with their stroke before they hit thirty. Chances are, at some point in your golfing career, problems will arise.

So where does all this leave us? Time to give up? After all, something which is dependent on the brain, nerves and motor units is going to be a tricky fix, right?

Not so fast. As the guinea pig in this experiment, I have been trying some things and in the next article, I will give you my first ideas on actually finding a solution to the putting yips.

An article I wrote about how to practice putting

Dystonia from the Mayo Clinic

The Scientific American looks at yips in sport