Can you Avoid Golf Chipping?

After writing a recent article about golf chipping giving some ideas that can make life a bit easier round the greens, I began thinking about something I mentioned in the article. The gist of it was, if you can avoid hitting a traditional chip shot in certain circumstances, this might be a good route to take. 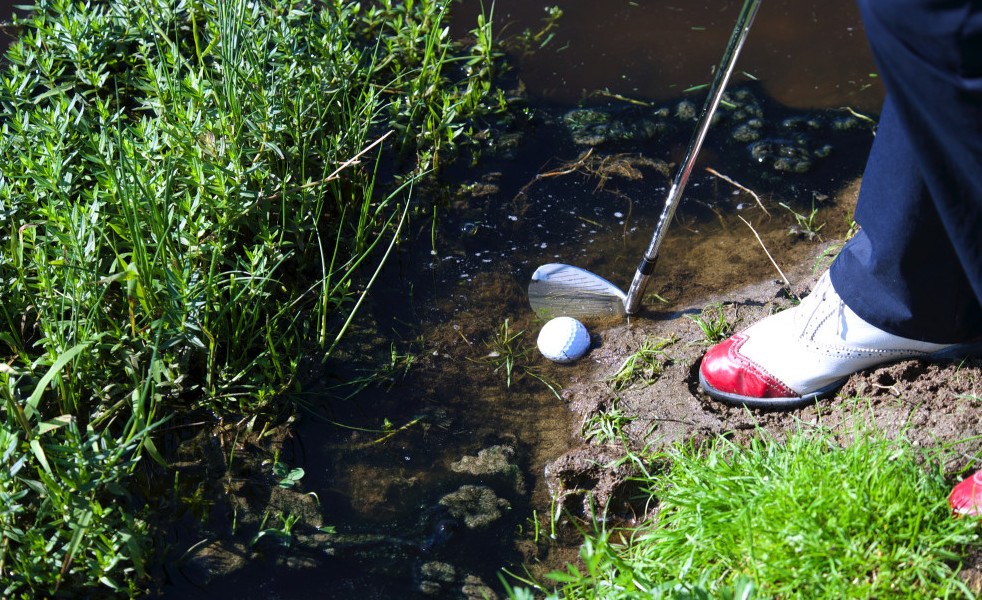 As I was writing this, I knew it would be at least a little bit controversial. The golf purist generally hates the idea of playing anything other than, well, a traditional shot. Driver off the tee, full iron shots in, a chip around the green if necessary and then out with the putter. I exaggerate (slightly) but there is a section of the golfing public that simply hates the idea of anything different and finding a different approach to chipping is probably pretty close to cheating for them.

No Need for Golf Chipping!

So obviously I decided to push the idea a little bit further. Now, clearly the easiest way to avoid chipping altogether is to hit 18 greens in regulation! This really doesn’t happen in any level of golf and even on tour, you can count the number of rounds where someone will hit every green in regulation on the fingers of one hand. After a nasty accident with a chainsaw probably. Suffice to say, as near as makes no difference, every round of golf played is going to involve at least a few shots from just off the green.

Sometimes the choice of shot is also completely out of your hands. If you are in thick rough and have to go over a stream, you probably aren’t going to be looking much beyond some sort of hack and hope with a lob wedge. Likewise, in a pot bunker, you can’t do much apart from hope to strike one like a pro with your sandwedge and splash it onto the green.

These are exceptional situations. And in reality, they are quite rare too. I would guess that most of the rounds I play don’t involve either shot. Depending on your course, it could be the case for you too. I am thinking about the 10 or more shots (depending on handicap it could be quite a few more) that involve the ball needing to go maybe somewhere between 3 and 20 yards/metres.

Leave the Wedges at Home

So this is my theory: I think that a majority of golfers could score at least as well if they never play a chip shot at all. This might seem a bit extreme, but let me clarify a little. None of these shots will be hit with a wedge (say 50 degrees or more) trying to play a “traditional” style shot. So if you can’t hit a normal shot, just what exactly are you going to do?

The rules here are quite simple. The basic premise is, if you can putt the ball then putt it. So anything that can be run in off the fairway or out of light rough should be hit with a putter. If you need to get a little bit of air on the ball before it starts running, for example to get it over a yard or two of slightly thicker rough, use a seven iron to play a bump and run. A wedge is only allowed when you are in one of the situations described above.

So what is the point in doing this? Simply that the margin for error for most golfers is much higher when putting. A good putt can be every bit as good as a good chip but a bad putt will be simply miles better than a bad chip.

I am far from anti-chipping before I receive a barrage of abuse. I have no problem with golfers of all abilities trying to pull off miracle shots. It is fun to try a Phil flop or imagine a chip over a bunker and using the contours of the green. In fact, I actively encourage everyone to play these shots-that’s what we pay a ridiculous amount in membership fees for. However, if you are trying to score better, it might be worth thinking a little bit outside the box.

The easiest way to see what effect this has on your card is simply to try it. For example, count how many times you can get up and down in a round using this approach compared with using your wedges. This is going to be very player-dependent, but I am willing to bet that these is a strong correlation between handicap and shots saved. The average high-handicap golfer is going to save a significant number of shots.

There is one more reason why I like this approach and it is quite personal to me. Many readers might know that I virtually never play with 14 clubs except when testing. I would say that my average set up in scoring rounds is probably about 10 or 11 clubs, but is significantly less a lot of the time.

When playing golf like this, I don’t want to have 3 different wedges. I want to have maybe a sandwedge that I can use for bunkers, thick rough and when I need to get the ball up quickly, but for almost all the other shots around the green, i will be playing something a little different; it might be a seven iron bump and run, a hybrid run up shot or maybe just using my putter and a little imagination.

Your mileage on this may vary. I know many golfers have 14 clubs all the time and are constantly regretting the fact that numbers 15,16 and 17 have to stay in the car or at home in the back up bag. If this is your case, more power to you! If not, why don’t you try a round without any traditional chip shots at all and count the shots you save. Even if you don’t save any, you have certainly learned something about your short game and hopefully had some fun at the same time.

previousWhat is the US Kids Tour Golf?
nextWhat is a Golf Handicap?