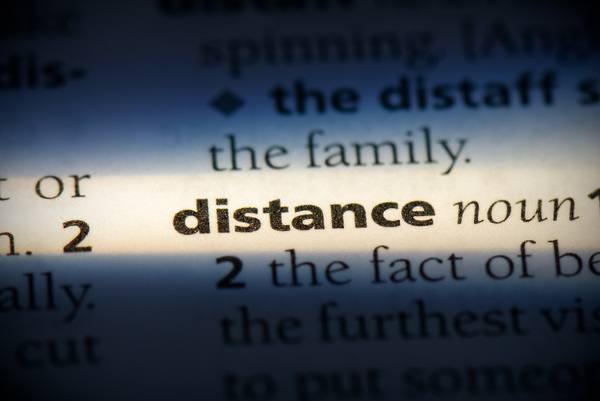 I would guess that the majority of golfers use some sort of help to measure distance on the course. Even for a casual round, it makes sense to know how far you have to go. Nothing worse than hitting one perfectly and seeing it land ten yards short of the green because your ‘guesstimate’ was a little bit off. Nowadays, the options are pretty broad. I have used and continue to use different methods, each with its own advantages and disadvantages. So here is a showdown: rangefinder vs GPS vs App. What is the best choice for your game?

Before we start, there is nothing wrong with using the old-fashioned yardage markers on the course. They will certainly put you in the right wheel house for distance. However, they do have a couple of problems. Firstly, in the age of ready golf, they slow the game down more than actually using a distance finder like GPS, surprisingly enough. You are rarely on top of the yardage marker and so need to either pace off distance or guess. Secondly, many golfers don’t actually know how to use them. For example, the 150 yard/135metre marker. This is to the front of the green, not the middle as many think and that can make for huge errors, especially on larger greens. It is also a problem in working out shot distances and leads to golfers overestimating their distance off the tee.

How are you supposed to play better golf when you might not know within 20 yards how far you actually hit it?

SO let’s look at the three main options. For each one, I will give you what I see as being the advantages and disadvantages of each.

Advantages of the Rangefinder

This is my main weapon of choice currently. I use a fairly basic model as you can see in the picture below. I am very happy with this choice as far as my game goes. A rangefinder is, for me, a very adaptable choice. It doesn’t matter where you are on the course, you simply point and zap. This doesn’t have to be at the flag either. You could get the distance to the front edge of a bunker off the tee. Or you might want to fly a tree and know the distance. All this is simple with a rangefinder.

They are also portable (although obviously a GPS and phone app wold be too) and generally have really good battery life, certainly better than the other two options. You might be worried that it will slow the game down, but I really haven’t found this to be the case at all. In fact, I really don’t like slow golf. Now, as I get to my ball, I will pull the rangefinder out of its pocket, fix the flag or whatever, zap the distance and then put it away. Perhaps 15 seconds or less to do. I am then confident in the distance I have left and just have to hit the shot (which can be a whole other story!)

Disadvantages of a Rangefinder

However, there are some reasons why a rangefinder isn’t the best choice for some golfers. I have tried various models, including the cheapest ones on the market, and I have definitely found that there is a big difference in ease of use. In fact, without naming names, the budget brand I bought online to test was a real pain. I struggled to fix any objects, let alone a flag and as soon as distance got towards 200 yards, it was basically a waste of time.

Some people find it difficult to actually fix a flag at all in fact. Outside of this cheap option, I really haven’t found this to be a problem. I play with older golfers and golfers with less than steady hands and most of them really don’t find it difficult to fix the flag. However, fixing other objects is more difficult and will, I think, depend on the model. For example, with my rangefinder, flags and trees are easy, bunker lips variable and something like a rise in the ground can be next to impossible.

The one obvious drawback to a rangefinder is cost. High-end versions with slope from someone like Bushnell will set you back more than a new driver. Budget versions exist but as mentioned previously, at the cheapest end I do feel that you get what you (don’t) pay for. That being said, my golf buddy was certainly at the lower end of the price scale and is still a very good piece of kit after several years of use.

The Advantages of a Golf GPS

A GPS follows a different path to the Rangefinder. In fact, before getting a rangefinder, I was set of getting a GPS. This uses the same system we find in everything from car satellite navigation to finding your smart phone. This is an even easier way to get distance because it doesn’t rely on aiming. Just look at the distance and you are good to go. Many models exist in watch format too and show distances to the front, middle and back of the green simply by glancing down at your wrist.

Depending on what time of GPS you get, you can find something that will fit in with your vision of golf. A basic front/middle/back on your wrist or all the way up to something that looks like a smart phone with the hole layout included and possibility of choosing the pin placement on the green. These models will also give you distances to all sorts of things from a bunker to dog-leg off the tee.

There is also a big advantage in terms of line of sight. One of the problems of rangefinders is that you need to be able to see the target. If you have a blind shot into the green, you are in trouble. With a GPS, it doesn’t matter, the distance is still there to be read.

The Disadvantages of a Golf GPS

There are a couple of things that I don’t like as far as GPS devices go. Generally, I quite like the basic versions, especially watches. I do think that they can sometimes suffer from accuracy issues though. Comparing distance with a rangefinder from the same point will sometimes give quite a bit of discrepancy. I also find that a GPS is quite fickle. I have played at course where the GPS doesn’t want to fix on anything or consistently gives me the distance to the flag on the adjacent hole which is frustrating.

Battery life is also a negative for me. Despite manufacturer’s claims, I have found that GPS tends to be battery greedy. Nobody likes getting to the last couple of holes and finding that a blank screen is staring back at them!

The final negative for me is to do with set up and subscriptions. It isn’t a major thing, but downloading the course (possibly as a paid option) and putting in details like flag placement are just a pain. Again, not a huge deal, but something that I don’t want to do.

The Advantages of a Phone App

The third member of our big three is the phone app. This is essentially a GPS using your phone’s technology but doesn’t need investing in a new device. The options here are vast and range from free to paid. I have found that the free options can be fine with a variety of features. For example, inside the same app you can get distances but also record your score and even get club recommendations (depending on if you are in competition or not).

This is great if you want to do any game analysis. You can record shot distances, greens hit and so on. This feature is also possible in some GPS devices, but it does seem like a really easy win on a phone given that many of us spend our lives on them anyway.

I also like a phone app as an easy way to discover a course I don’t know before getting there. I can get hole layouts and sometimes even a link to a video flying over the hole itself.

The Disadvantages of a Phone App

There are a couple of reasons that I don’t really use an app on my phone anymore when I play. The first one is battery life. This might be less of an issue if you have a brand new, top of the range smart phone. Mine is a couple of years old and the drain on battery life from having the GPS connected all the time and opening the screen to check distance and add data is huge. In fact, I would say it is very difficult to get through 18 holes.

The other thing that I don’t like so much is quite personal. I found that the amount of data I could potentially record as I played was actually distracting me from my golf. This could clearly be solved by using it just as a distance device, but in that case, I think I would rather get a basic GPS watch.

Adding courses will often cost money too, even with ‘free’ versions. Perhaps you can add in 1 course for free and pay for the rest or, more frustratingly, a couple of holes of any course but then pay to complete. I don’t want to generalise here, because there are some free apps that are free for everything, but it might be something be bear in mind.

Rangefinder vs GPS vs App: Which is best?

As you can probably see, my personal choice is a rangefinder. It obviously requires line of sight, but I find it to be the most straightforward of the three options and certainly the less battery-greedy. It will involve a certain cost to buy (what doesn’t in golf?) but a solid option that will do the job will be about the same price as a new wedge. If I couldn’t use my rangefinder anymore, next on the list would be a basic GPS watch. This gives plenty of information for the average golfer and I would guess is what I see most on the course along with rangefinders. If you are a real stats nerd, you might want to look at a phone app because it can potentially give you a lot of feed back on your game beyond simple distance measurement.