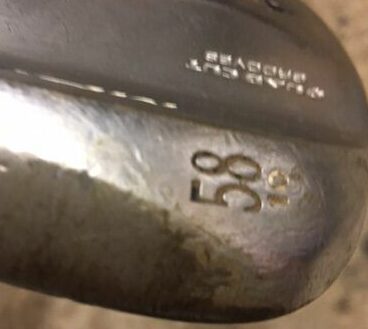 I have written quite a bit about finding solutions around the green and playing the percentages. This might mean using the bump and run as often as possible or even investing in a chipper. I think these are examples for smart thinking for many golfers if you are looking to keep big numbers off the cards. I realise though this isn’t exactly what I do around the greens for different reasons and hitting the lob shot is actually something I do quite often. Here is why and how I play it.

A big part of getting better at golf is taking the safe option. This doesn’t mean taking no risks but it does mean that you should be weighing up the downside of shots quite a bit. Often, it is less likely to go horribly wrong when you run a seven iron under a tree branch rather than attempt to get vertical over the top, for example. It is usually a sign of a better golfer when they won’t take on the hero shot unless it really is the best choice.

This doesn’t mean that the lob shot is never the best option. When you see a professional golfer opening up his 60 degree and attempting to hit a full shot from ten yards off the green, he isn’t doing it because it entertains the crowd (although of course it does) He (or she) is going this because it is the best option and maybe the only option.

For example, you will see shots like the one in the video below more often that you might think. 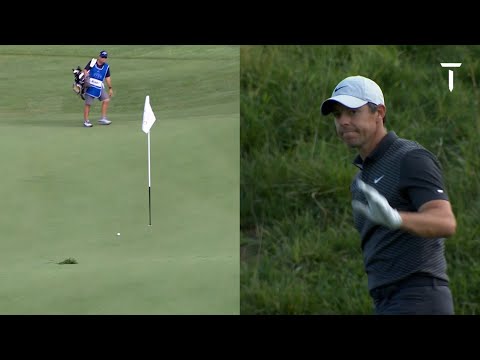 The ball is short-sided in thick rough. Getting it out is already a problem and a delicate chip with a wedge isn’t going to do it. The thick rough might go all the way to the green so there is no way to bump it forwards and let it roll either. It will just stay in the rough. There isn’t even any point trying to get a half swing on it with a wedge either. The rough is almost certainly going to knock spin off the ball and it will just hit the green and keep rolling. If there is a slope and trouble the other side, you may as well just throw the ball straight into the water hazard.

The only way to get the job done is with a lob shot. Suddenly, the high risk shot actually becomes the sensible option. In fact, the commentator in the above clip sums it up perfectly. Rory McIlroy really is obliged to fly it the whole way to the pin more or less because short is dead and anything rolling will just be eaten up by the monster slope.

Of course, most of us aren’t actually trying to make it on tour. In fact, for a lot of us, we might not play that much more competitive golf at all. Surely then, there is no point playing the lob, the extreme lob or the Philly M special. Actually, I would argue just the opposite and this is actually where I find myself a lot of the time.

Simply put, the lob shot is a fun shot to hit. Potentially, it can make you look ridiculous. I have swung and gone right under the ball on more than one occasion as well as knifing it head height across the green and out of site. I am sure most golfers have too.

Part of the joy golf is creating these shots. If they don’t work, well, does it really matter? This is why I like things like minimalist golf. It is a lot of fun trying to imagine a shot when you need to use a club that is perhaps not perfect for the job.

The lob shot has been talked up to almost mythical proportions in some spheres, as if it is strictly reserved for the very best golfers. I really don’t think this is the case and this is coming from someone who has had his fair share of short game problems, from putting yips to chipping issues. I think a lot of golfers associate the potential downside to the shot with an extreme level of difficulty.

Essentially, the lob shot is the same as any other full swing. Set up is very important. Grip the club with the face open to add loft. This will point the face off to the right (for a right-handed golfer) so you will need to set the stance to the left to compensate. Weight should be well forward.

The first problem is that a lot of people open the blade more than they need. It doesn’t need to be sitting flat to the floor. This is going to make it more difficult than necessary. It increases the odds of blading it, or sliding the club right underneath, depending on lie.

In fact, the lie is really the toughest part of the shot. If it is bare, the lob becomes really hard! Contact has to be perfect and honestly, it really isn’t the best option for anyone off a bare lie. The other really tough lie is when the ball is sitting up on thicker grass. The club might well slide under the ball here. This is where a specialty club can be useful though. The Taylormade hi-toe wedges can help as can the Callaway PM Grind with a high toe and grooves all over the face. I had one of these in the bag for a while and it was pretty effective in this situation.

If lie, stance and weight are sorted, the next thing is to simply take a committed swing down into the ball. It can be tempting to try to lift the ball to get it up quickly, but you REALLY don’t want to do this. Trust in the mechanics of the club/shot and the ball should shoot up quickly.

The real difficulty of playing the lob shot is probably actually controlling it. Unless you are practising it regularly, it really isn’t easy to judge distance and power. You should pick a landing spot and aim for it but try, if possible, to give yourself a little bit of margin for error. Of course, if circumstances dictate that it is time for the extreme flop, there isn’t a lot you can do. Set up well, swing hard and hope is as good a recipe as any! For the rest of the time, the lob shot is certainly a useful (and not that technical) addition to any golfer’s short game armoury.