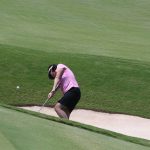 Golf should be fun. not many of us are earning anything for our time on the course. in fact, I bet that it uses up a fair amount of your disposable income, so surely we should at least be enjoying our time our there on the fairways/rough, shouldn’t we?

Here are seven tips that will bring a little bit f pleasure back into the great game. If you are finding yourself trudging around the back nine, why not give them a try? 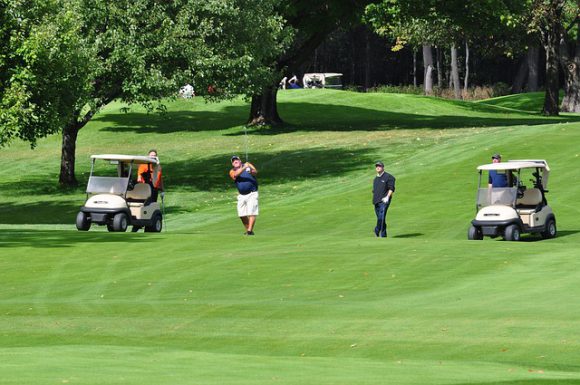 Remember when this used to be fun?

Get a Rangefinder or GPS

Look, I love anything that makes golf easier. I’ll admit it, I am an equipment addict too. New clubs? I want to try them. Training aid, Sign me up! I have tried all sorts of innovative ideas of the years.

Some of these things have been fantastic, some perhaps not so much. One that ticks all the boxes is the yardage device. whether it is a GPS or a rangefinder, I really can’t say anything bad about either. Some models and manufacturers are better than others, but there are some great choices on the market.

So what has this got to do with fun? Better scores, sure. Knowing just how far you need to hit it to fly the bunker seems like a sure-fire way to avoid hacking it out of the sand every time. But for me, these things just make the game more fun.

I still like to have an old-school round now and again where I judge everything by eye (and I often rock my blades at the same time) but knowing a distance is fun because it makes me a little bit more like those guys on television. Of course, the fact that I know I need to hit it 150 doesn’t stop my fatting it half that distance! Although actually, sometimes it really does. Maybe it looked like 135 to me. Finding out which club I really need makes me swing easier and improves contact. And hitting more greens and avoiding hazards certainly makes me enjoy things a whole lot more.

This is one of the biggest debates on the internet golfing world (along with blades versus cavity backs, but we’ll save that kettle of fish for another day!) There is no doubt in my mind that for most people, scores will stay the same playing with fewer clubs. I generally play with 10-12, including in competition, so I know this to be true.

This article isn’t about scores though, is it? What we want is fun. And minimalist golf is fun. It is extremely liberating to remove decisions from your game. You don’t have to worry any more if a shot is a hard eight or a soft seven because you haven’t got an eight iron in the bag anyway!

Start off with a half set and see how you go. Maybe try just the odds or evens. It is quicker and also lighter if, like me, you are someone who prefers to carry rather than ride or push a cart.

You can of course go much further than this. My latest round was played with just five clubs! This is where things really get entertaining because you have to manufacture shots. I find that this is actually a really good way to improve as well. I hit 2 60 yard approach shots with a seven iron and they ere both probably better than I would have managed with a wedge. Of course, that says a lot about my game, but be honest. Are you really that much better?

Many clubs now run 3 club competitions (or three clubs and a putter). Mine does, and the guy who won last year played his lowest round of the year!

There is even a completely minimalist fringe out there who only ever play with one club. All the time! I haven’t done this yet, but I think this will be the year. Sounds like the perfect “Tin Cup“moment, doesn’t it? “Looks like a seven iron.”

A round of golf takes a long time. Although I love the sport, sometimes I am pretty happy to reach hole 18 and sit down at the bar for a bit of liquid refreshment. Not everyone plays the game in exactly the same way though. If you have never seen speed golf, you might think that playing a round in well under an hour is impossible. Think again.

Speed golf uses a maximum of 7 clubs (though many only play 5), players leave the flagstick in the hole when they put and most importantly of all, they hit their shots and run. If you have ever wondered how to fit in a bit of cardio and play golf, here is your answer.

This isn’t just for one or two crazy hackers. It is a fast-growing sport with its own rules and even a world championship. Scores are calculated by combining the number of shots and the time taken to complete the course. The rules are a simplified version of the normal rules of golf but adapted a little for a faster game (for example, in the case of a lost ball)

Make Your Own Holes

This is my golfing confession-I don’t always respect the course layout. Shhh! don’t tell anyone! This is actually a lot of fun, especially if you always play the same track. It can get a bit repetitive hitting to the same places all the tie, or at least trying too.

Funnily enough, this idea actually came from my club. The first tournament every year is a four man scramble with holes that are created by making new ones over the full course, the short game course and the practice area. It really does give you a whole new vision of that tired old layout you have been hacking up for over a decade.

There are a couple of pretty obvious provisos here. Don’t start hitting across fairways and greens when other people are on the course. I really enjoy getting out early in the Summer months when the course is empty, so I find that I can get away with this quite a lot without putting anyone at risk. Secondly, you don’t want to damage the course. Teeing off on the green is out (and I know that’s how it was done 300 years ago!) 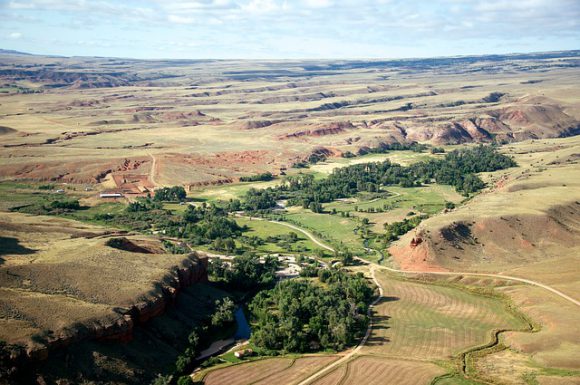 So that’s over the mountain, into that cave past the trees a couple of miles down there. Let’s call that a par 17

This keeps things interesting but i really like it for another reason. golf course tend to be pretty standard. Par threes in the 140-200 range. Medium length par 4s. A 500-550 yard par 5. What about creating a par 6? Or a 50 yard par 3? A short par four directly over the trees? Now that is fun!

This sounds incredibly easy but really isn’t. It is practically impossible not to keep score as you play. Sure, you can lose track of your overall score but hole by hole we all know here we are. Making a real effort to forget about this is huge.

Think about it. when your short-sided chip over the bunker is to save par (or whatever), it becomes a pressure shot. “I really need to play this ell!” The result is probably going to be a duff into the sand or a thin over the back.

However, when there is no score involved, it just becomes a fun shot to play. The result isn’t that important because it doesn’t matter. This mentality isn’t a s foolish as it sounds. In fact, it is one of the reason why pros are so good. If you have ever wondered why they play so well under pressure, it is because they can see each shot on its own. It isn’t a shot for birdie or to save par or to avoid a disaster. It is just a shot. And i guarantee that playing like this, whilst hard to do for us amateurs, i key to enjoying your time on the course and also scoring better.

Probably most people have done this at one time or another, especially if the course is quiet. Hit one shot, drop a ball and then hit it again. This is good practice, but it isn’t exactly what i am talking about here.

when i play 2 balls, i like to play them in two different ways. Let me give you an example. On the tee, ball one might be a driver whereas ball two is a hybrid for position. Or around the green, ball one is a chip and run with a 7 iron and ball two is a lob wedge to (hopefully) hop and stop. Even when putting, I’ll do this. Putt one is a lag, putt two is an aggressive run at the hole.

You can play the two balls separately from tee to green or do what i usually do which is an individual scramble. After each shot, I choose the one ball and play my next two from there. I don’t always choose the best ball either. Sometimes it is more interesting trying to find two ways out from under the trees!

This has been really good for my game. I used to be the sort of golfer who would automatically reach for a driver off the tee and a sandwedge when chipping. This is not only pretty boring, it is also not the best way to score. Honestly, today I have to have a good reason to hit the big stick (and sometimes just wanting to smash it is fine as reasons go:). Likewise, I tend to chip with as straight a faced iron as I can get away with-I’ve had my dose of lob wedges that shoot 50 yards over the back of the green!

give it a try. You might find that there are all sorts of ways to play a hole that had never even crossed your mind.

you might have heard of the tee it forward program. This encourages players to play from the tees depending on how far thy can hit the ball. This is actually a huge difference form the normal way of deciding where you should play from. There is an element of ego in this choice. “hey, i’m a man; I need to play from the tips!” Women tend to be more sensible about this and stick to tees where they can actually enjoy the game.

Here are the recommendations: 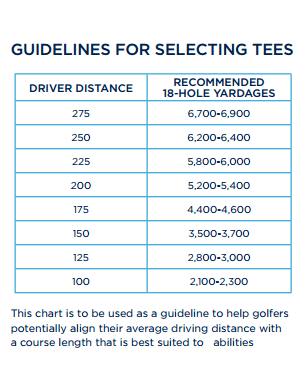 This might also be time to refer back to point 1. Measure a few distances and see how far you really hit the ball. If you are like the average mid-handicapper, you don’t knock it 275 every time. I know you said you did in the bar or on golfwrx, but you didn’t. really.  I am an above average length hitter (the advantages of being 6ft6 🙂 ). I also track my distances. and not just that one drive downhill with a howling gale behind. I reckon that if I hit it 250, that is a pretty good drive. Have I hit it 275? sure, but i have also hit it 200. On this chart, I shouldn’t rally be playing course that are more than 6200. and my ego, fragile as it, can live with that because once again it really makes the game more enjoyable. Hitting

Who said golf has to be boring? Certainly not me! It can get a bit monotonous playing the same course in the same way

previousShould You Choose a Golf Rangefinder or GPS device?
nextPerfect Your Swing with the SkyCaddie SkyPro Swing Analyzer