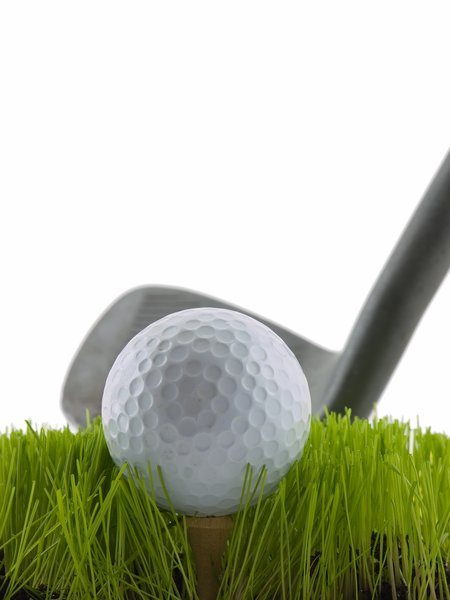 The short game is one area of golf that has almost endless possibilities. In fact, if you put ten different golfers in the same place round the green, you might well get ten different shots. Even professional golfers will see the same shot in different ways. One might play a flop shot whereas another will be looking for that chip, hop and stop. One shot that is underused by most golfers is the bump and run. It is certainly less sexy than flying it all the way to the pin but in terms of being simple to play and really making a difference to your score, it is hard to beat.

What is the Bump and Run?

The bump and run is exactly what it sounds like. It involves nudging the ball forwards a fairly short distance in the air and then letting it roll out the rest of the way. In some ways, it is almost like a long putt. The idea is simply to get the ball over any trouble between you and the green or closely cut fairway and then get it going along the ground. Like a putt, it is really about picking a line depending on slope and then judging pace.

The interesting thing about this shot is that it can be used a lot more than you might think. Most golfers see it as something that works from just off the green. Get the ball over the last bit of rough and then rolling on the green. This is true, but you can use it further out (sometimes much further out) than you might think. In fact, in some situations, it is the shot of choice at 70 or 80 yards from the green.

This is especially true on links courses. If you have ever watched the pros going around St Andrews on TV for example, you will have seen the bump and run being used instead of an almost full shot with a sand wedge. Why is this? Well, firstly it keeps the ball out of the wind. When you are trying to cope with a sea breeze, the last thing you want is to put it up high into the air.

Secondly, it is far less demanding in terms of ball striking and this is something that is very important for the less-skilled golfers that, let’s face it, most of us are. Trying to nip a sand or lob wedge off a tight links lie or a dry summer fairway has a lot of potential downside. Nobody likes to see their ball thinned through the green and out of bounds!

Which Club Should you Use?

One of the best things about this type of shot, in my opinion, is that you can see it in a lot of different ways. It is the opposite of taking the same club for all your chip shots. Generally, you want something with less lost than a gap, or sand wedge. A seven or eight iron is quite a common choice. A little bit of loft to pop the ball over the first few yards but not enough o get much spin on the ball and stop it rolling.

Don’t think that this is the only choice though. For example, Justin Rose famously won a US Open in 2013 by hitting a little bump and run out of the green side rough with…….a three wood! A hybrid can also be really good, especially for a longer shot, because the ball tends to pop off the face. Golfers who play links courses will regularly pull out their five irons and bump it up to the green from 50 -100 yards.

Another option is to use a chipper. This isn’t going to appeal to some of the purists out their, but a chipper with around 37 degrees of loft is a really good choice and given that they generally have a nice wide sole, it makes the shot about as close to foolproof as you can get on the course.

How to Play the Bump and Run

i am not a golf coach but do have the benefit of having looked for quite a few different solutions around the greens. Playing the bump and run is a favourite because it is great when confidence is a little low with your wedges. The aim is to think of this as being almost like a putt, even from 80 yards or more. There are three keys:

Think of this like a putt. Pick a line based on what you can see on the ground. For example, if there is a big left to right slope, use that as you would with a putt.

Once again, this is a running shot, like a putt and pace control is important. A slope will have more or less effect on the ball depending on how hard you hit it. However, don’t think of a harder swing to generate more power. The easiest way is simply to take a more lofted club. The swing will naturally be longer at 50 yards compared to 15, but I like to think of it as an almost straight-arm swing, like a putt. You might even want to use your putting grip if it is different to your regular grip, especially for a short bump and run.

The final key is ball contact. As I said, it is easier to get good ball contact here compared to a normal pitch shot with a wedge. A bump and run will have a shallow angle of attack making it far less likely to hit the ball either fat or thin. Using a hybrid can make this contact even easier. I usually set my stance a little bit open and have my weight more on the front foot, but nothing too extreme.

Some golfers will look down on the bump and run from anywhere but the edge of the green but they are wrong. If you are lucky enough to play golf in different parts of the world, you will quickly find out that it is one of the most common shots in the game, including from some of the best golfers on the planet under certain conditions. In terms of percentages, it is also one of the safest shots you can play. And finally, it brings imagination back into the game rather than just mindlessly hitting to a distance which is also a good thing for more enjoyment on the course.