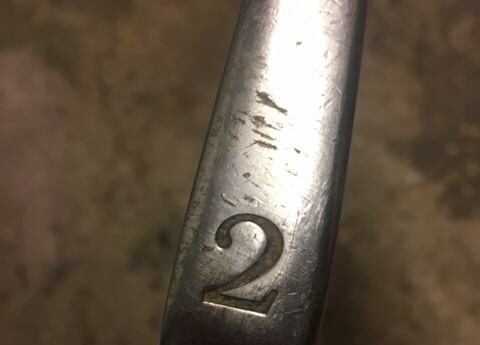 Back to one of my favourite subjects today with one length irons. I think I have said everything I can about my experiences with them and then I realise that this is actually miles from the truth! I was talking to a friend about clubs between driver and the iron set the other day and thought that single length long irons are probably something that more than a golfer or two might be considering.

Filling a Gap in the Bag

The thing about building a bag is that we are always trying to give ourselves different options. It is partly about getting good gapping, but this isn’t the whole story, especially when we get to the ends of the bag. With irons in general, gapping is key. Spending a bit of time on a simulator to make sure gapping in the middle of the bag is on point is well worthwhile. Many golfers have at lest two clubs that go the same distance without realising it and this is never a good thing!

When we get to the ends of the bag, gapping is still important. However, the clubs you should pick need to do different things too. For example, you will find people who have a driving iron and a fairway wood in the bag. These two clubs might actually go the same distance overall but do two completely different jobs. A driving iron might send the ball low and get it rolling whereas the fairway flies high and lands soft with no or very little roll.

The end result might be identical but could be completely different. Think about hitting in a windy day when you want a low ball. Or what about on soft Winter fairways when the ball doesn’t roll? In each one of these situations, we want a different club.

So where does this leave us with single length longer irons?

Off the Tee or from the Fairway?

I have had three single length long irons in the bag at various times. The one I had for the longest was the pinhawk four iron at 20 degrees. I also used a Wishon Sterling 5 iron at 23 degrees. Finally, the one that hung around for the shortest time was a Cobra forged one 4 iron at 23 degrees too. I had the first two at the same time and compared them quite a bit head-to-head.

For full disclosure, these three clubs weren’t exactly the same specs outside of loft, but they were fairly similar.

The short version is that I liked all of them, loved a couple of them in some situations and disliked all in others. I think my experiences are quite useful for anyone toying with the idea of single length, especially in the longer clubs (which, of course, would no longer actually be longer!)

ultimately, one question became very important for me and it is the idea of creating options that I explained above. I think that single length gives options in these longer clubs but it also imposes limits and the very first thing that is key is what you are actually going to use this club for.

Let’s take my pinhawk four iron. I really enjoyed hitting this club off the tee in the Summer. Standing behind the ball, it felt very easy to hit as it should at, in my case, 38 inches. If you play your seven iron length, probably 37, this will be the case too.

It produced a low ball flight and plenty of run on firm Summer fairways. I really felt confident in certain situations that I would be on the fairway and a reasonable way up the hole.

However, in other situations, I hated single length at 20 degrees. Off the fairway, I found that the shorter shaft and lower loft meant that I felt I really had to smash it to get it airborne. This lead to problems with strike and the super-consistent club had disappeared. In the Winter with the cold, moist air and soft fairways, it just didn’t give me enough distance. In these situations, I would much rather have had a normal length hybrid or a fairway wood in my hands.

Obviously, getting consistent contact out of all your clubs goes a long way towards playing better golf. However, it isn’t the whole story. I really like single length irons for many golfers, myself included sometimes, but I don’t think that this means we should bag everything from driving iron to lob wedge. There is nothing wrong with playing, say, 6-9 in single length (as I have done quite a bit) and filling out the rest of the bag with ‘normal’ sticks.

Coming back to out longer clubs, we are always in something of a trade off between consistency and power. I might hit a club really well, but it also needs to get out to a certain distance. The Sterling 23 degree five iron fell in the category. It had a high COR face, essentially a hybrid-type face on an iron, which lead to the ball popping off nice and high despite the shorter shaft.

I really enjoyed hitting this off the fairway on longer second shots, but where a hybrid or fairway wood might have been too much club. It felt controlled and the ball flew nice and high and would comfortably stop on the green. However, off the tee, it gave me a few issues. Between the trampoline style face and the shorter shaft, it sometimes felt like I was getting a pitching wedge flight out of it. Hitting it into wind left me far shorter than I needed. Her, I was begging for a driving iron to hit that low, piercing bullet we all dream of seeing on the slow-mo replay.

This sounds somewhat negative, but it really isn’t. I think that a single length lower lofted iron is a really interesting club to have in the bag. In fact, I even think this is true for those who play regular length irons. I see no problem with having a driving iron that is actually slightly shorter than your longest regular iron.

While this might seem like a contradiction, in certain circumstances, it is fantastic to have a club that seems so easy to hit. For example, on my home course, there are a couple of tee shots that really demand accuracy. Hitting a lower ball that finds the target is at a premium. Here, a one length four iron is perfect.

However, there are also a couple of other holes that also require accuracy rather than length, but also need a bit of height. If I had my pinhawk four iron, I would be sweating a bit off the tee! A 7 wood or similar would have been perfect. And this, I think, the key. People look at a single length long iron as if it should be able to do everything and then write it off when it has a weakness.

This is strange, because golfers in general, have no issue with hybrid, a long iron and a 5 wood in the bag for example. They all do different jobs. The same should be true for single length irons. I think, much like the chipper, it is an underestimated ‘standalone’ club. It doesn’t have to be part of an entire single length bag (although it could be if you wanted). It is there to do certain things.

Take a single length driving iron if you know you need to hit fairway and having a low, running ball is an advantage. However, when you have a longer second shot off the fairway, pick something else. Smart golf is about giving yourself options and one length can do that in this part of your bag set up.