Putting Yips:Grip, Stance and Other Changes 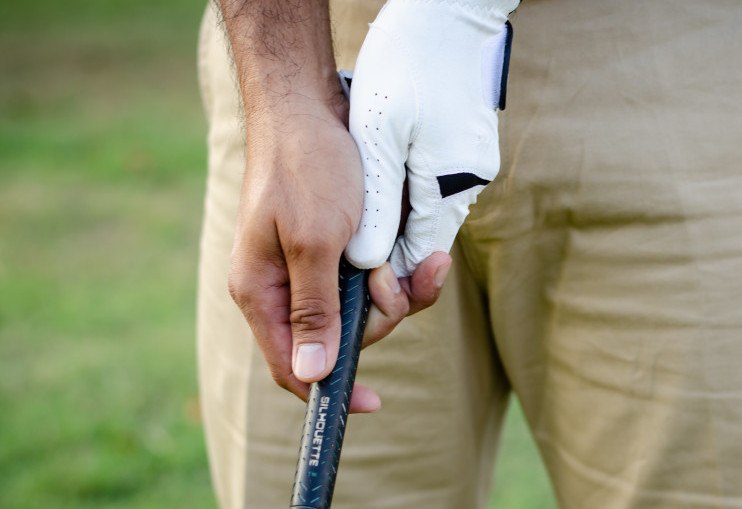 If you have stuck with me through the last couple of articles as I work my way through the putting yips, you will know that I have found at least a little bit of success by adopting a more organised method on the greens. Although the colder weather here has stopped me from really spending time getting this to be second nature, it is a definite improvement in a lot of ways. I wouldn’t say that I feel confident on the greens, but I don’t feel quite as lost at least! There is one more big step that should make a difference and that is actually changing the way I putt, with either a new grip, stance or something else. I have been trying some things and whilst I don’t feel like I have got the Holy Grail quite yet and the putting yips are still there at least some of the time, there are some promising signs and at least some things that could well help anyone who is struggling.

Firstly, why bother changing anything at all? Well, if you remember the article about the science, one of the big reasons why the yips can happen is simply having done the same small, repetitive motion too many times. The most common thing people try to overcome this is by changing something in the set up and grip. So what can you try?

Many of us will start with grip and that is exactly what I tried first. In fact, a friend of mine saw just how uncomfortable I was getting when I putted and he suggested changing the way I hold the club. To be honest, I have played around with this sort of thing before (as have most golfers I would guess) but I have never really fully invested in a permanent change. Here are a few grips that I am currently toying with that you might want to try.

This is perhaps the most popular change and I would guess a fairly big percentage of golfers putt like this. By left hand low, I simply mean switching the hands. So for a right-handed golfer, the left hand goes below the right on the grip. The reason for this is twofold. Firstly, like any of these grip changes, we are basically trying to fool our brain. That standard grip, repetitive motion which we have done hundreds of times is replaced by a completely new one. It might seem that the difference is too small to make a difference. After all, it is just the same as before apart from the hands, right? Actually, no. The brain sees this as something different, and the pathway from brain to muscle will be a new one which can make all the difference.

Secondly, a lot of people feel like having the other hand underneath offers more stability in the stroke, making those little wobbles and parasitic movements a little less likely. So how did this work out for me? Honestly, the jury is still out. Initially, I did find that my stroke felt more stable. I felt like I could take the putter back on a straightish line without too much unnecessary movement. There were a couple of things that bothered me though.

First of all, I wasn’t sure if it was the grip itself or simply my work on routine that lead to a slightly more solid stroke. When switching back to a normal grip and really going through my routine, it felt ok too! I just haven’t given it enough time to see if this ‘switch grip’ is immune to the yips because it is quite common to go for a week or two without any problems anyway.

The other thing that I think needs more work would be getting a set up that works with this grip for me. My current putter is actually probably too short for me really by an inch or two (remember that I am very tall!) I find that left-hand low actually makes me somewhat lower over the putter and for it to be really successful I feel like I need to give it an extended trial with a putter that is nearer to 36 or even 37 inches to see how comfortable this might be.

So have I ruled it out completely and do I think it could be a a good choice for other yippers? No and yes. Personally, I am going to put it on the back burner until I can find the right putter for it. For most golfers, it is possibly the first thing I would try though, simply because it is easy to play around with on the putting green and change back if you don’t like it.

The other common fix for yips as far as putting grips go at least, is the claw grip. It is quite hard to explain, so I will let the video below from The Golf Channel do it for me! 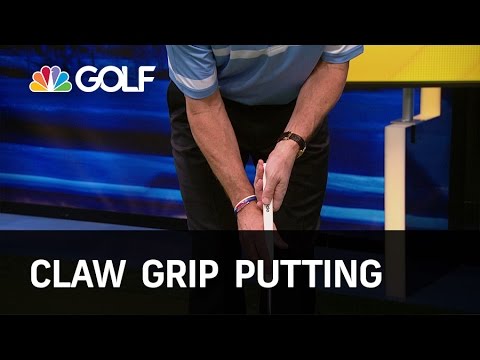 So far, this has actually been the least comfortable for me, simply because it feels so different. It works/should work for all the same reasons as the left-hand low described above. For me though, I haven’t been able to get comfortable in my (admittedly limited) experiments so far. It feels like I am not really holding the putter. This is something that many people like but I am not sure so far. However, I am a sample of one and it must be said that far more people find success with this than most other ways of dealing with the problem. In fact, I first got turned on to the claw as a possibility by watching a video of, if I remember, Rick Shiels who explained why it had helped him with consistency on the greens.

This is just speculation, but I would guess that this could be a game changer for anybody who does actually take the time to work on it. Just through the way the club is held, it should make it more difficult for any of those horrible muscle spasms. I will give this an honest run at some point and see just how it works out.

Once again, apologies for those who putt left-handed naturally, but I am talking about putting left-handed if you are a right-handed golfer. Of course, this is just mirrored for the left-handed putter and he or she will putt right-handed. For many people, this might seems like a ridiculous solution, but it is currently my number one choice and I will try to explain why. A lot of this is person-dependent though and I am a little bit particular!

I am actually (mainly) left-handed. I write, throw and brush my teeth with my left hand. I tend to play racket sports right handed (although I fence, another of my passions, left-handed!) As you can see, I am a little bit mixed up and there are a few things I do about the same with both hands. Given all this, changing from to putt left-handed wasn’t really the big deal it might be for some people. In fact, I have done it a few times in the past for various reasons.

I like this change for a couple of big reasons. Although a grip change like those listed above can trick the brain into thinking it is a whole new movement pattern, it just feels to me that difference might not be enough. I know the science says otherwise, but mentally I don’t feel like I have moved far enough away from the original method. I am scared that a few (or even one) yippy putt could just put me back to square one.

Putting left-handed feels like a completely clean slate as far as this is concerned.

The other thing I like is quite personal to me. As I mentioned, I throw a ball left-handed so I never really got on with the sort of coaching tip, often for full swing, that compares hitting a golf ball with throwing a ball. However, when I putt left-handed, I find it quite easy to get the feeling of throwing a ball underhand or even rolling it underhand towards the hole. I find this quite reassuring and helps me feel like I have a good chance of getting things moving on the right line and at the correct speed.

Of course, there are other things you could play around with, such as stance. I have done this a bit, putting with a very open stance for example. I have a friend who has even gone as far as putting front on/side saddle. This could be a whole other article and there is a lot of evidence to back it up as a solid method but it really needs some quite specific alterations to the putter to make it work and without them it likely to be a failure. I have found that having a slightly more open stance doesn’t really change much as far as results go for me. I feel like it makes a big difference depending on which eye is dominant but I haven’t looked into it quite enough to speak with any confidence about it. Your mileage may vary but it wouldn’t be the first thing on my list of stuff to try.

So is grip the key to curing the yips? I think it is quite possibly the best place to start. Allying a really solid method with a new way of holding the club, from left-handed to claw, might be enough to get rid of the problem for many golfers.

previousUsing Method to Cure the Putting Yips
nextHow Long Does it Take to Play 9 Holes of Golf?