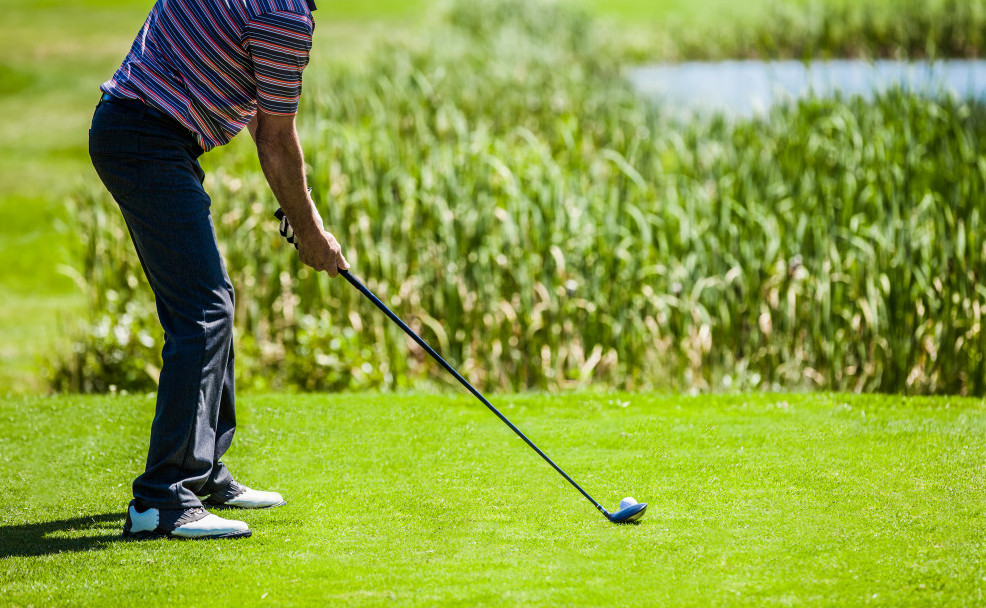 Golf is a game that is driven by advertising in many ways. We buy the latest driver because Taylormade or Callaway tell us their new technology will give us another 10 yards. Those new irons have a 17% larger sweet spot. These new zip grooves increase spin by 500 revs. This might (or might not) be true, however, there are some things which have found universal acceptance at all levels of the game. One of these is the rescue club or hybrid club. Few things have changed the game as much for average golfers and getting a distance chart for hybrid golf clubs could take your game up another level.

When hybrids first hit the market around twenty years ago, there were put pretty firmly in the old man/female golfer category. Sure, they are gear, but not for any proper golfer! Happily, this type of thinking has more or less disappeared from the game altogether. When we see some of the strongest players on the planet putting a hybrid or two in place of their longer irons, it shows just what an impact they have really had.

The reasoning for this is simple. Hitting a lower-lofted iron is hard! I have a set of blades from the 1950s from 1 iron to sandwedge. I have hit the 1 iron a few times, but I can only imagine what golf was like when this was a realistic option at the top of the bag! The same is true for basically anything from 4 iron below really for almost all golfers. I enjoy hitting long irons, but nowadays, they are more or less confined to being a tee club on a tight fairway with plenty of roll.

A hybrid with equivalent loft is far easier to hit. It will often have a light shaft, the clubhead itself is bigger and the face has all the advantages of bulge and roll. This means that something you hit off the toe will tend to curve back into the fairway and vice versa. Likewise, anything off the bottom groove should still find itself getting airborne without too much trouble. If you find yourself with a less than ideal lie, I am betting that you would prefer the comforting shape of a hybrid behind the ball rather than the thin top line of three iron. In many ways, the hybrid is synonymous with forgiveness.

The other reason why the hybrid should probably be in most golf bags is that it is far from being a one trick pony. I would struggle to do much with a three or four iron apart from put a good swing on it, hope for good contact and see what happens. A hybrid is a great club for playing different shots and often covers a much bigger yardage than the equivalent iron. As a golfing minimalist, I love having a hybrid in the bag because it can easily replace 2 or 3 clubs. It is even very handy for hitting chip and run shots from around the green.

The Most Versatile Club in the Bag

All this brings us on to the idea of creating a distance chart for hybrid golf clubs. It is a little less straight forward than doing this for irons. For me, an iron generally corresponds to one distance. I might take a little bit off, or try to step on it a bit, but It is never going to be far off what I consider a stock yardage. Of course, for other players, especially better players, this might not be the case at all, however, I am willing to bet that it is like this many of us.

I think of a hybrid distance chart as being more like the sort of chart we might make for wedges using a clock system or similar. We could have a full shot distance, but also a three-quarter distance and maybe a half swing too.

Where this gets really interesting is if we add in some higher lofted hybrids. Unfortunately, many of us think of hybrids as being simply long iron replacements when this doesn’t actually need to be the case at all. As an example, I have had a lot of fun playing with the Mizuno JPX fli hi. I have even had these in by bag in the past from 3 iron all the way up to 7 iron. By noting by distances, I found that I could play some pretty good golf going from a 32 degree jpx fli hi into a standard pitching wedge at around 46 degrees. Hitting a three-quarter 32 degree hybrid really isn’t that difficult a shot at all and suddenly the seven hybrid can be an eight or even nine iron.

Here is what I would suggest if you want to get the most out of these clubs. Spend a bit of time on the course with a range finder and note down what distances you can get with a full swing, three-quarter swing and then a half swing with 2 or 3 different hybrids. Ideally, you don’t want to have them too close together in loft. For example, a 19 degree and then a 26 degree might work well.

You will probably find that you can cover a lot of different distances and shots with just two clubs in this area of the bag. I don’t want to push everyone into minimalist golf, but going driver, 19 degree hybrid, 26 degree hybrid, 6 iron could probably take care of almost all the mid and long game shots for most of us and also get rid of a hell of a lot of decisions at the same time!

For example, let’s imagine that you find yourself with 170 yards to go to the green. You consult your distance chart and find that this is a half swing with the 19 degree hybrid or a full swing with the 26. Depending on what is between you and the target, this gives you two choices that can work. If it is windy, a half shot with less loft would be ideal. Perhaps if you have to fly it all the way over water or whatever, the hard 26 i the way forward.

The point here is that knowing exact distances with various swings with these types of clubs makes the game a lot easier and at the same time simpler. As with most distance charts, I liked to keep it in by bag when I used one and simply pull it out regularly to consult. If you want to really organise your game, what about combining this with the same sort of chart for your irons and a wedge chart? There won’t be a shot on the course that you approach with anything but absolute certainty in the club and swing. Of course, you still have to hit the shot, but a bit of confidence in all the rest should certainly help with that too!