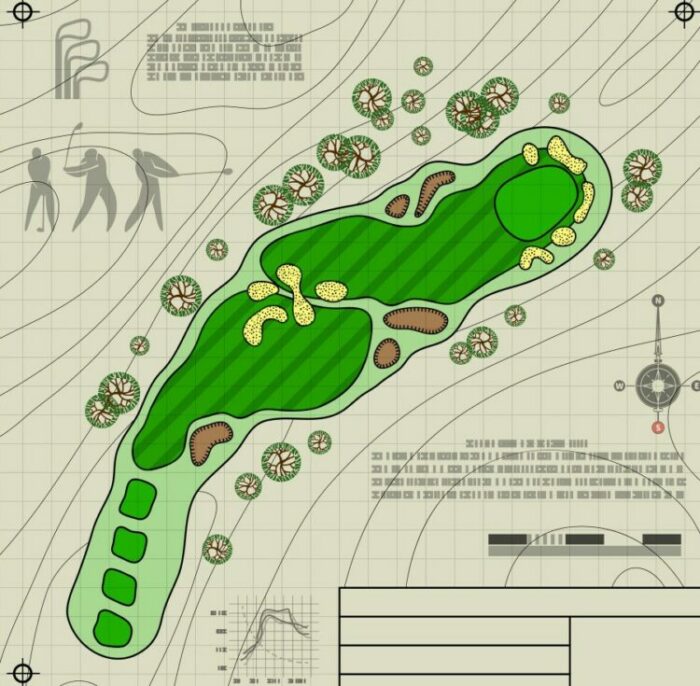 Golfers tend to worry about dispersion quite a bit. We spend time curing that slice or panic when we pull a short iron five yards left. In my experience, left to right dispersion is actually far less important in most situations compared to front to back differences. This makes things a little bit tricky because most of us tend to me at least to be a little vague of what our true distances are with each club in the bag. A printable golf club distance chart is a smart solution.

EDIT: there is a downloadable pdf that you can use to create your own distance chart at the end of this article

Wedge Gapping and the Clock System

I have mentioned this before in relation to wedge gapping. This is certainly not my own idea-it is quite a common thing, especially in better players and pros. It involves having say three different swings for three different wedges (possibly using a clock system) and it lets us hit different distances using different wedges. For example, your 80 yard shot might be a full lob wedge, a three-quarter or nine o’clock sand wedge or a half/six o’clock gap wedge.

Making a distance chart for the rest of the bag is somewhat different. The aim isn’t really to have various ways of hitting the same shot, more to have a definitive reference for every club in the bag on a full swing. In fact, you can probably exclude driver and even three wood from this. I see driver as a club which is there, generally, to hit it as far as possible (under control). Three wood is the longest club most golfers will hit in any other situation apart from on the tee. It doesn’t mean that they should be excluded from a yardage chart, but it won’t be the most useful information you will note down.

Before looking at the best way to go about creating a printable golf club distance chart, it is worth saying that this isn’t the only way to go about noting yardage. For example, I have seen Lee Westwood use a marker to write down the exact yardages he expects on the clubhead itself. I don’t know if he still does this, but it makes sense. Many of us don’t get out irons for free and might be a bit more reticent about writing on the club itself though!

How Far do You Hit your Irons?

So what information should we be noting down? All we need is what I would call stock yardage for each club. This is the distance that we hit a club on a “normal” full swing in “normal” conditions. You might already see why this isn’t as easy to write down as it initially seems! what exactly is normal? There is, for me, a huge difference between my stock yardage at the height of playing season in say August from the same shot in January. Clearly, temperature will make a difference but also how often I am playing. 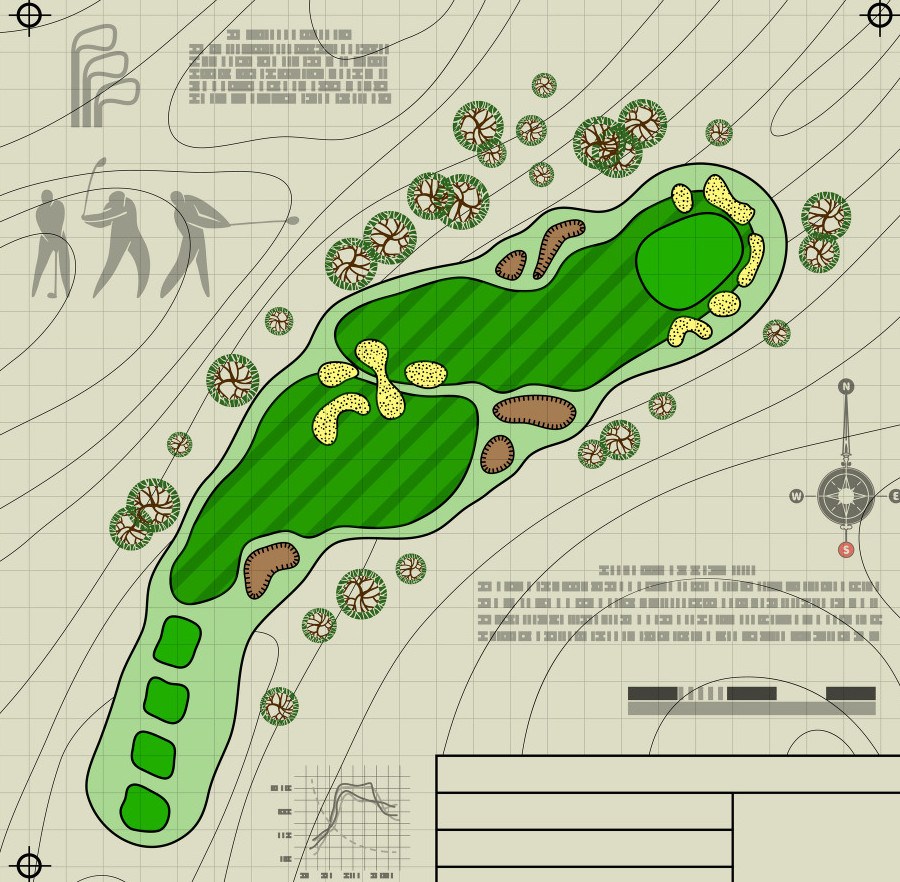 A stock shot, for me doesn’t take an average of these because that is to my mind essentially useless. If I hit my seven iron 145 in January when I am cold, stiff and having fun with my vintage blades and 175 in August when everything is working smoothly and it is a lovely Summer’s day with a set of cavity backs, calling my stock yardage 160 isn’t much use.

I want my stock yardages to represent average conditions when I am playing the most golf. So for me, it might be around 170 with my current set. You might think this is ego-driven. Maybe I just don’t want to write “7 iron, 145” on my chart. Actually, I don’t care. The reason why is that I don’t really use this chart in the off-season because I know it becomes meaningless. I want this chart to help me when I am playing the most.

The second key point then, is knowing how far you really hit your clubs. This needs a bit of on-course time to accurately measure. You can do this is a simulator, but I have never found distance from a monitor to be the same as distance on course.

The way I do this is over a few rounds. I use my rangefinder and try to hit 2 or 3 balls. The aim is to have a bank of shot information that will tell me how far I really hit each club. Here is an example:

This isn’t real data, simply an example of what you might find.

From here, I don’t take an average, although this probably wouldn’t be too bad. If you look at the data, you will see that there is one shot that went 145 and one that went 185. Let’s imagine that the first one was a fat shot that went well short of what I might expect. Maybe the 185 was an absolute flier out of the rough.

The point is, neither of these corresponds to my stock 7 iron distance. I know I might hit a horrible shot 30 yards short or worse yet a shank, but how does keeping this to calculate my normal distances help me? If I hit this shot, I will be well short of whatever I believe my real distance to be. The same is true for 185.

Overall then, the rest of the data gives me a seven iron distance of 165-170. I actually like putting a small range on my chart, but if you prefer one number, perhaps it might be 167. The aim of this trial period is to get a yardage for all the clubs in the bag that you will hit for full shots.

This will already give you something which is very useful on the course. If you want to take this a stage further, spend another week or two recording shots and compare it to the numbers that are recorded on the chart. You might find that you have to adjust up or down a little.

Once you have your final version, you need to have it with you on the course. The aim then is to print it off, if possible cover it in plastic to protect it from the elements, and use it as a guide as you go to play a shot. Here is how I have used it in the past.

As I get to my ball on the fairway (I am one of life’s optimists!) I will zap the distance with my range finder. Currently, I use a model without slope but if slope is your thing, that is fine too. Likewise, if you use a GPS watch or even on course markers and pacing to judge distance. I then factor in other conditions to modify my yardages up or down. As an example, I might be hitting the ball really well that day. Or maybe it is a little cold. Perhaps I am feeling tired towards the end of the round or the shot is downhill. I will mentally add or subtract a few yards. My 167 seven iron might be 160 today.

You might be wondering why I don’t recommend writing all these possibilities down on the chart. The aim of this chart is to make my life easier and give me some mental clarity as I go to play my shot. I want to keep my brain engaged, so will mentally adjust for the previously-mentioned factors but I don’t want to have to consult the golf version of “War and peace’ in order to find the yardage. I have zapped 160 to the pin. I know that today I am a little bit tired and so that should be perfect for my normal 167 7 iron.

Maybe I am slightly off and it really was 163. So what? Honestly, how many of us hit it that well where 3 yards/metres becomes a problem? Compare this with thinking that your seven iron is actually 185 because you remember that flier from a week or two ago. You pull an eight iron from the bag and watch the ball fly high and handsome before plugging in the face of that greenside trap!

I am all about taking away the complications from the game and to my mind, creating a printable golf club distance chart is a great way to do this. Being confident in the real distance we hit each club as also a fast passage to lowering the handicap and taking those blow up holes out of the game altogether.

previousThe Joys of a Small Golf Bag
nextHow Many Golf Clubs in a Bag?