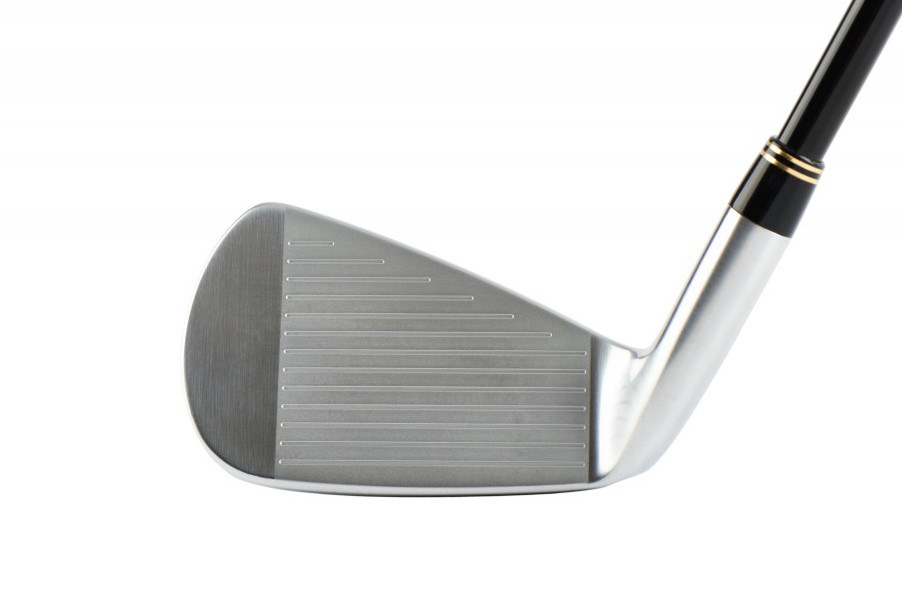 I received an interesting question by email this week (thanks Manuel!) about face path/angle. In fact, this wasn’t exactly what was asked, but it essentially brought up a common misconception that connects how the club sits at address and impact and particularly what effect this has on the direction of the ball. It comes back to quite a common misunderstanding about lie angle and the real effect it has so here is, I hope, golf club lie angle explained.

What is Lie Angle?

Let’s start with defining what lie angle actually is. This is the angle formed between the leading edge of the clubhead and the shaft. This angle varies generally from club to club unless you are playing with single length irons and even then, some of the Cobra offerings don’t have the same lie throughout. Discussing why lie angles vary is actually a more complicated subject than you might think but essentially the shorter the club, the more upright the lie angle will be.

The exact number varies a little bit from one manufacturer to another. Mizuno for example were traditionally a little flatter than Titleist. I have just checked the specs of a couple of the more recent sets and this still appears to be the case by about a degree or so. I believe that this is originally because Mizuno was manufacturing clubs for their home Japanese market and average height is slightly shorter than in the USA.

This lie angle is one of the main fitting variables. If you look at Ping’s fitting chart (which has changed slightly over time) the current possibilities range from maroon dot which is five degrees upright down to gold which is four degrees flat. This fitting will generally correspond to static measurements like height and wrist to floor but can actually change quite a bit when looked at dynamically. The original lie angle will give a good starting point in most cases however.

Again, this is going to be a generality, but quite often a taller golfer will have some sort of combination of longer clubs and upright lies. I actually don’t like typing this, because somebody is going to read it as “all tall golfers should play longer/more upright and vice versa” which I don’t believe to be the case at all. For the purpose of this article, it will do though.

Now comes the misconception or more accurately, misconceptions because there are two main ones. Firstly, there is a common belief that the iron should sit flat on the floor at address. If a golfer address the ball and the toe points up in the air for example, he might believe that his club is too upright and look to get it flattened or invest in a new set with flatter lie angles.

This can be a huge error because it doesn’t deal with what happens when we swing a club. First of all, our impact position will usually look quite different from the address position. Perhaps the hands are higher or lower for example. This will put the sole of the club at a different position immediately. Secondly, the shaft flexes during a swing. What we are particularly interested in as far as lie is concerned is something called shaft droop. As we load and unload the shaft, it will bend down, or droop depending on swing speed and dynamics. The result of this is that at impact, the upright clubhead could now actually be sitting flat!

This isn’t something you will pick up with the naked eye, but it is easy enough to find, more or less, if you have access to a shop that sells Mizuno clubs. They have a neat little gadget called the shaft optimizer that measures a couple of the things via a small computer attached to a demo club. One of these things is shaft droop and from a personal point of view, the shaft optimizer has always been good at fitting me into shafts that work for me.

If you have the time and means to go through a full fitting with something like trackman, you can also find out just what is happening to the clubhead during impact. Either way, the truth of clubhead position and especially lie angle at address really isn’t the same as what might be going on at impact.

This bring us (eventually!) onto the second misconception and hopefully answers the question I had via email. There is an idea that lie angle affects the direction of the shot because the heel or toe will “catch” in the ground if the club is too upright or flat.

Lie angle certainly does affect short direction, but it is through something known as “D plane” rather than because of turf interaction.

Let’s try to work through the reasoning behind this fallacy.

Take the example of a golfer who thinks his lie angle is too flat. He believes that this will make the toe of the club hit the ground first and twist the club open just before impact, causing the shot to head to the right (for a right-handed golfer). He or she will then point to the divot pattern perhaps pointing off to one side or the other as proof of this.

This does appear to make perfect sense at first, but in reality it doesn’t work like this. A good golf shot with an iron involves hitting the ball then the grass. Any shot where the club is hitting the ground before impact won’t have the best possible result. If we hit ball then turf as we should, there is no possibility for the club to twist open or closed pre-impact.

The other secondary point is that this clubhead is hitting the ball and the turf at around 80 miles an hour depending on club and swing speed. Unless we are trying to dig a tunnel, the club will go through the surface of grass easily enough and isn’t going to twist drastically open/closed.

The divot heading off to the right or left is a result of the swing path of the club. Once again, it really doesn’t tell us that much, despite what some will say. If you look at a good iron striker, their divots will be after the ball and probably in a nice straight line even though they are swinging almost certainly on a slight in to out path. Even if this isn’t the case, it really doesn’t matter. Trying to read much into the direction of a divot is, in my opinion, a waste of time.

You might think then that lie angle isn’t really that important but this isn’t true. First of all, a good fitter can use lie angle to “fix” ball flight. As an example, I can have a tendency to over draw my irons. A traditional static fitting might have me very upright in lie because of my height, but playing with slightly flatter lies can stop my irons going too far left on me.

The idea of D plane is also very important. Your divot might not tell you much about the correct lie angle for you, but if the club goes through impact too flat or upright, the face won’t be pointing where you think it does. You can see this quite clearly if you try a little experiment.

Stand at address with an iron. Use something with a bit of loft because it will make this more visible. Say a seven iron or more. Now lower the handle so that the toe starts to come off the ground. You will notice that the face starts to point more and more left. What you have effectively done here is to simulate a club going through the impact zone with a lie angle that is too upright. If you raise the handle, the opposite will happen and the face will start to point off to the right.

A lie angle should also work with your swing. One of the most interesting example is of course Bryson Dechambeau. I believe he has gone less extreme in his lie angles as of late, but he was at one point something like 10 degrees up from a “standard” seven iron in his one length set! This is obviously the result of a lot of data and analysis and was done to get the shot and ball flight that he wanted. Other great golfers have been a long way in the other direction. Ben Hogan’s irons were reputedly something like 5 degrees flat. Once again, it depends on the swing and the golfer.

So what can we take away from all this? Firstly, how your club sits at address doesn’t necessarily tell you much. Secondly, the myth of the toe/heel digging open/closed and the divot pattern telling you a great deal needs to die!

Of course, the best thing if you really want to set your mind at rest is to spend a bit of time with a good pro or fitter who has a quality launch monitor. What this throws out in terms of lie angle might surprise you.