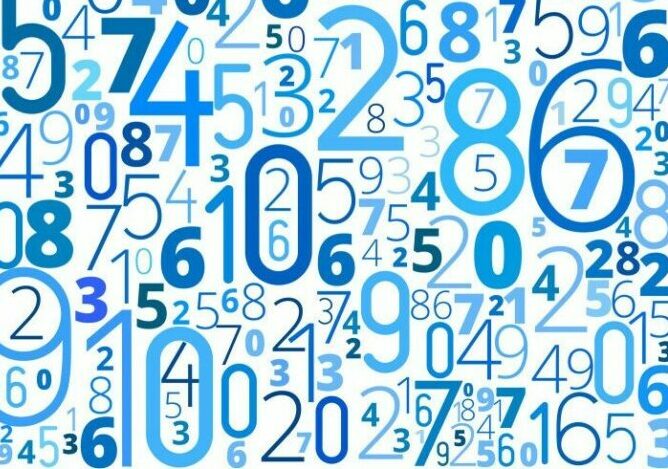 What is Average Golfer Swing Speed?

Hitting the ball further is an easy win in terms of playing better golf. Nobody would argue that another 50 yards of the tee would hurt your game. However, a lot of us aren’t really sure just where we are in terms of clubhead speed. We see the numbers from Rory McIlroy or Dustin Johnson and it might feel we are miles away, and perhaps this is the case. So just what is average golfer swing speed?

Clubhead speed is actually a bit trickier than you might think for a couple of reasons. Firstly, how are you measuring it? Depending on what system you use, the result won’t actually be the same. This is true even with very high-end systems. For example, if you get your numbers off Trackman they won’t be quite the same as if you record the same swing on GC Quad. Both of the these monitors are absolutely amazing, extremely high-quality and unlikely to be found in many places outside of a high-level fitter or instructor given that they cost as much as a new car.

If we start looking at options on the cheaper end of the scale, whether it is a simple app on a smart phone, or a handheld launch monitor that costs 500 dollars/euros/pounds, the results will be different again.

There isn’t a lot we can do about this. If you have the time and money, I suppose you could do multiple fittings across different platforms which would give a point of comparison. You might know, for example, that with certain settings on Trackman using a particular ball, your results tend to be 3 miles and hour slower than on GC Quad with another range of settings. Ultimately though, I would say that this doesn’t really matter. The differences would tend to be small in any case.

So let’s imagine that all data relating to average golfer swing speed is comparable. You can take as gospel the number for any given professional and compare it to your number, however you find it. 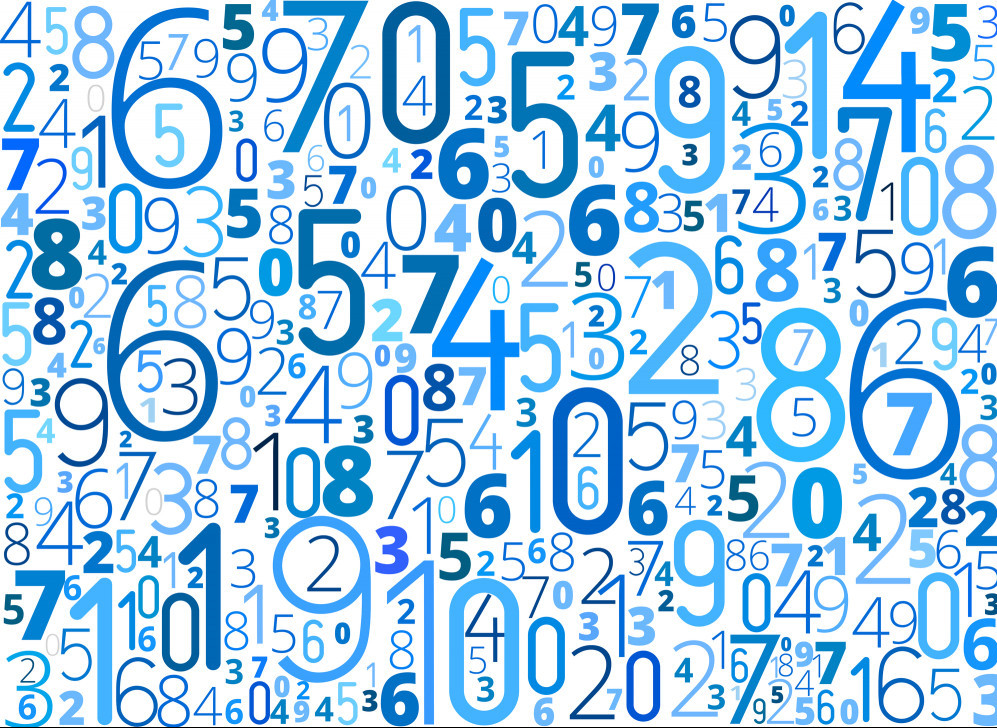 Which Club should you Measure?

The next question becomes then “with which club?” After all, we can measure swing speed with any club in the bag. If you really want, you can get everything from lobwedge through hybrid to driver and back! Most of us tend to concentrate of two measures though. If you go for a fitting or to buy new clubs, they fitter/salesman will (hopefully) get numbers for either a six or seven iron and a driver. Why these two clubs?

The driver is fairly obvious. It is the club that we swing the fastest and it is the club where distance is the most important. If you are increasing your clubhead speed with the driver, you are giving yourself every possible chance of increasing the distance you can hit the ball. There are a couple of things to bear in mind here. If other numbers like angle of attack and spin rate go in the wrong direction, this newfound speed might not actually relate to more distance, but this is a discussion for a whole other article.

The 6 or 7 iron is really for a reason of practicality. Almost all manufacturers use one of these two clubs as their fitting club. This means that when you go and test out different irons in a shop, you will be hitting a lot of different versions of the same iron, more or less.

As an example, I was in my local golf shop yesterday looking at some new products that are coming out. As always, I was looking at the blades! anyway, I spent a bit of time looking at the ping fitting cart. Ping has a well-known colour system which lets them do a good job on what is known as static fitting. This basically means that you can work from your height and wrist-to-floor measurements and get a good starting point for a club that will fit.

In order to do this, the ping cart has a lot of different seven iron heads which can be quickly assembled with various shaft options as part of the fitting process. I can quickly try everything from lightweight graphite to heavyweight steel in a different lengths and grip sizes, all while using the same clubhead.

This means that taking clubhead speed with a seven (or six) iron is a common comparable measure. It also gives some quite useful information because this is a mid iron and it is a relatively simple matter to extrapolate speed and distance through the rest of the bag.

All this brings us back to the question of what average speed is. Once again, this is a bit tricky to answer simply but I will use some of my own data to try to explain.

I have measured my own swing speed with various clubs a lot over the years. I have done this is various from trackman to something like the Mizuno shaft optimizer going through an iPhone app. I have done this far more with a seven iron than with a driver but I do have a notion of my numbers with both clubs.

How Fast Do I Swing?

My seven iron swing speed usually falls in the 85-90 miles an hour slot. I find that being more precise than this doesn’t really make any sense. If I am in mid Summer, feeling fresh and swinging well, it will probably be close to 90. If I tested it tomorrow, I wold guess that it would be under 85. This puts me above average in terms of swing speed, at least depending on where you get your information!

For example, there are certainly people who make a lot of money playing golf who swing their seven iron more slowly than me. Likewise, there are some who will never get close to breaking 80 who swing it considerably faster. On the trackman site, there is a very interesting comparison table that shows average swing speed on the PGA tour and it gives 90 mp/h for the seven iron. I am sure you can see me visibly swelling with pride as I put myself on the same level as your average PGA pro!

Of course, this is a fairly meaningless statistic. This same pro is hitting controlled 7 irons at 90 mph. He would certainly be capable of getting more out of it if he wanted to. And even if this were not the case, his numbers in terms of angle of attack and strike location would be so much better than mine that I will not be hitting it as far even at the same swing speed.

As I sadly give up my efforts for a late run on tour, it is worth bearing this stuff in mind. Swing speed really is little more than potential. Someone who swings at 90 has more potential distance than someone who swings at 80, but that is all. The actual distance might be the same, depending on all sorts of things, from spin, to type of club used, to launch angle, centre contact etc. And it certainly doesn’t matter in terms of score.

The same is true for driver and my own numbers are quite revealing as far as this goes. From my 7 iron number, you might guess that I would be somewhere close to the tour average of 113 miles an hour. Actually, this isn’t the case. I have quite a nice, powerful swing with my irons. My driver is more of an embarrassment than an advantage. Generally, I will be a little bit above 105 miles and hour. This might be faster than an average bogey player, but isn’t anything breathtaking by any means. What is more, my distance is actually worse than my swing speed would indicate. To put it simply, I am not very efficient with a driver in my hand. I spin the ball too much and my angles are terrible. I play with a friend who hits hit driver at around 95 miles an hour with great efficiency and he is almost always further down the fairway than I am.

So you can see that average golfer swing speed is a meaningless statistic in a lot of ways. An average PGA tour pro will probably be around 90 mph with a seven, but Bryson Dechambeau will be considerably more. What about an LPGA pro? Once again, from the Trackman site, their numbers say around 76 miles an hour with a seven and 94 with a driver. There are plenty of men out there who aren’t very good golfers at all who would beat these numbers easily.

Does this mean that we should all forget about swing speed? Not really. Improving swing speed if you can keep (or improve) all the other numbers at the same time is a very good way to play better golf. This makes perfect sense when you think about it.

Imagine a golfer standing on the tee of a 400 yard par 4. He hits Driver 200 yards. This hole for him is a par five, even if he hits driver, three wood for example. He will, at best, be chipping and putting for par. Now take this same golfer who can hit it 250 yards because he has gained some swing speed. He has 150 yards left into the green. He can actually go for the green in regulation.

In fact, life is even better than this. Before, 150 yards was perhaps a five iron. Now it might be a seven. Suddenly, the chances of hitting the green are much greater, not just because of greater distance of the tee, but because he has a shorter club in his hands for a second shot. A shorter club means better contact, less dispersion, higher flight (and less roll) and better contact. More distance off the tee actually pays off twice.

Perhaps what we should all be really thinking about is improving our own distance. Comparing ourselves to other golfers in terms of swing speed really isn’t that useful. However, getting a little bit more speed compared to where we are now is certainly worthwhile and can pay off on the course with lower scores.

previousGolf Club Distances: How Far Should You Hit It?
nextPlaying with a Steel Driver Shaft