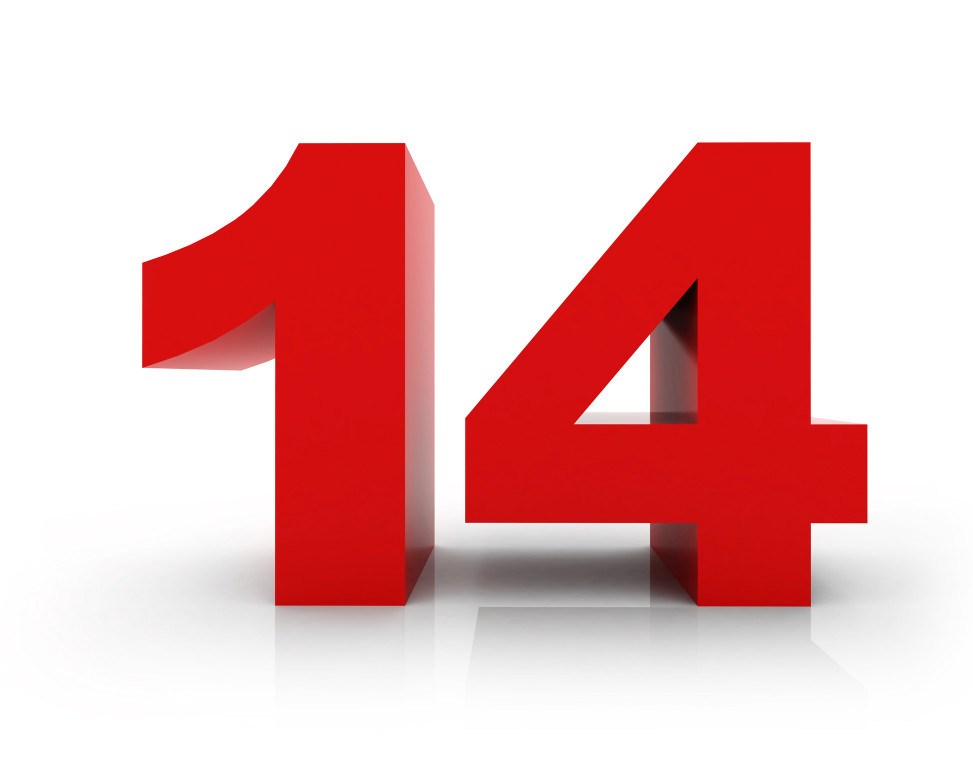 How Many Golf Clubs in a Bag?

This could, potentially, be the shortest article I have ever written. If 42 is the answer to Life the Universe and Everything, then surely 14 is the answer to the question “How many golf clubs in a bag?” I mean, it is written in the rules of golf and everything! Actually, this article might not be quite as short as all that because the answer to this question isn’t actually completely straightforward.

Of course, in one sense 14 is entirely correct. The rules of golf (in fact, Rule number 4) state that 14 is the maximum number of clubs than can be carried in a competitive round. It doesn’t make carrying 14 an obligation by any means and I as I have often said, I tend to carry about 11 as a maximum most of the times, even when playing my increasing rare competitive rounds.

How Many Golf Clubs in a Bag Really?

Of course, is you do carry more than 14, you will incur a 2 stroke penalty for every hole where this is the case. There have been quite a few situations where golfers, generally inadvertently, have had 15 clubs in the bag. Generally, it is because they might have been trying out different combinations before deciding the actual set-up for a tournament and simply forgot to take them out of the bag.

One notorious incident which sticks in my mind involved fiery Welshman Ian Woosnam at the 2001 Open won by David Duval. His caddie allegedly forgot to remove the extra club from the bag and when it was brought to Ian’s attention during the round his remark in the direction of his caddie of “I give you one job to do and this is what happens” went down in golfing history. The two shot penalty that resulted from this moment of forgetfulness was particularly tough because it cost Woosnam a second place finish and potentially a Ryder Cup spot too.

Maybe the first thing to think about here is the idea of rules and competition. Most golf, even for professionals, doesn’t actually take place in competition. I would guess that a vast majority of golfers never actually play an official competitive round of golf. That being the case, who cares how many clubs you have in your bag? Some might say that you should check with your playing partners to see is they mind you carry more clubs for example. To this, I would answer “Why?” Once again, unless you happen to be playing a competitive match against them or there is money on the line and using more clubs could give you an edge, nobody should have anything to say about the clubs in your bag.

You might choose to use 25 clubs including a wedge with illegal grooves and an 800cc driver. Or, like me, prefer 5 clubs. More power to you. If this is your thing, that is absolutely fine. Put how ever many of whatever you choose in your bag then go out and enjoy yourself. The idea of cheating only really enters the discussion is you are doing this to get a competitive advantage over others. If this isn’t the case, stop being governed by what the rules say.

Of course, the proviso to this is that the equipment you use doesn’t damage the course in any way. As long as that is the case, who cares?

I always find it interesting to look at this historically too. As I said, for the current standard on how many clubs in a golf bag, the answer is 14, but this certainly hasn’t always been the case and there are plenty of examples of times when it has been miles from the truth. Francis Ouimet supposedly won the Open carrying just 7 clubs (a man after my own heart!) whereas Lawson Little had over 30 when he won the British Amateur! In fact, it is said that he was partly responsible for the decision of the US golf governing body to impose the 14 club limit in 1938.

As we can see then, golfers have won majors with both more and fewer clubs than the current limit and really there is no particular logic for the number 14. In the same way, there is no obligation in terms of which 14 clubs you actually put in the bag. Phil Mickelson famously used a two driver set-up at one point and also managed to squeeze his 64 degree wedge in there for those famous Phil flop shots.

Generally, the bags of most golfers, pro and weekend hacker alike tend to look very similar. Driver, a wood or two, a hybrid or two, irons down to wedge, a couple of specialist wedges and a putter. Once more, this covers most of the bases but doesn’t follow any particular method for many golfers. Now and again you might see something a bit different of course. This could be a left-handed club for a right-handed golfer for when they find themselves in trouble behind a tree or whatever. It might be two putters, one for long range, one for short or maybe, heaven forbid, even a chipper!

One of the most interesting discussions currently going on in the golfing world is the idea that the 14 club limited should change. This takes various forms but the main idea is that professional golfers should have a more limited number of clubs in the bag. I can see the reasoning behind this and would enjoy seeing pros with perhaps ten clubs. Mainly because I would like to see how they built their bags, sacrificing one club for another.

Actually though, I think it makes a lot more sense for average golfers to reduce the number of clubs from 14 to perhaps 10 or fewer.some people will hate this idea because they will see it as making the game harder for the less-skilled golfer. Actually though, I believe it would have quite the opposite effect. As an example, many (or possibly most) golfers have clubs in their bags that are essentially redundant. They might have a 3,4 and maybe even 5 iron that go exactly the same distance/ Of perhaps a 5 wood and a three hybrid that do the same job.

At the other end of the bad, there is probably at least one wedge that almost never gets used. What is the point in hauling these clubs around? I would go so far as to say that it is worse than useless because when we do pull them from the bag, confidence tends to be so low that a poor shot is the likely outcome.

I do have one more reason why fewer clubs makes more sense. Golf is an expensive game and this is a very real barrier to its development. I have recently been looking at some irons sets that have been released. There are some fantastic looking clubs out there but getting a new set of irons will cost somewhere around the $1500/£1200 mark. Why do we need to buy a full set of 7 irons? I would argue that for most of us, we would do better having perhaps five irons at the most covering the same distance gap. Rather than a 4 degree gap between clubs, what about a 5 or 6 degree gap? The distance gapping would probably make more sense, we would have to spend less money on the clubs and we could probably all play happily with a ten club limit.

Of course, this would certainly not please the equipment manufactures and is perhaps an argument for another day, but the current 4 limits, even is it doesn’t need to apply to everyone all the time, should perhaps come under the microscope soon in the best interests of the game.