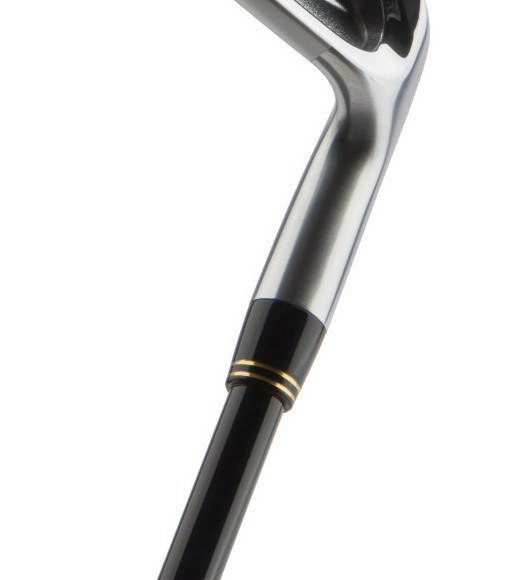 I have played with all sorts of shafts in my irons. For example, I currently have a set of project x 6.5 steel shafts. I have also played lightweight 70g graphite shafts. I have in fact, run pretty much the entire range of weights from 70g to 130g or more and from what might be considered extra stiff to something more akin to senior flex. This has been done for all sorts of reasons and has given me some interesting results. However, I have never actually bitten the bullet on steel fiber shafts. I am thinking it might be time to change that.

When you look at the different range of shaft options that I have used in my irons, you might think that I have been on some sort of quest to find the perfect shaft. Actually, this is only partially true. I am certainly interested in shafts but it has never been the main motivation when I try different clubs. Generally, I choose an iron head. I will then play whatever shaft happens to be there unless I am ordering new and having them built for me.

Simply put, I have never really been that sensitive to different shafts. My current iron set is perhaps the perfect example. I have set of Mizuno MP64 irons from 4 to pitching wedge. They are about one inch over length, 2 degrees upright from Mizuno standard, and have Colourful Karma jumbo grips on them. And the shafts are what is generally considered stout-the project x 6.5.

Now shaft flex is a vast debate. People will tell you that an announced flex by a manufacturer doesn’t mean much. They might well be right. Most people would say that this particular shaft would be a very solid stiff or maybe an x-stiff. I am certainly not the fastest swinger out there, at least not nowadays, so this doesn’t seem like it should work for me. So why have I got them in my irons?

One reason is essentially sentimental. I was fit by Mizuno 7 or 8 years ago and this exact iron set gave me the best numbers as well as a huge amount of pleasure to hit. At the time, my handicap was probably high teens. I made the mistake of sharing the numbers from the fitting with someone on a golf forum (who had never seen me play) and he promptly ridiculed my results with the vast experience of his 13 handicap.

So I didn’t buy something that was, with the benefit of hindsight, a really good fit for me at the time. The “wise” 13 handicapper is still a 13 handicapper and still giving out advice which is generally worth exactly what you pay for it (nothing.)

Anyway, I had the opportunity to buy this set from a guy I know who coincidentally has very similar specs to me (although he is a scratch golfer!) I jumped on the set, quite obviously. And here’s the thing. I really don’t feel like it is unplayable in any way for me. I hit the ball about as well/badly as I do with anything else.

This has been my experience with most iron sets I hit. I tend to do well with shafts that play firmer than I would really fit. I am guessing from chatting to various fitters that this might be something to do with my physical size and having perhaps a vertical swing.

So what about the other side of the coin? What happens when I go into very light or flexible shafts? Flex seems to be the least important factor for me. I have had a couple of sets of irons with your basic True Temper r300 shafts. These are, or maybe were, the most common option in off the rack regular flex shafts. In my opinion, they tend to be terrible for many because they are quite heavy at around 130g. For me, they are fine.

In fact, I don’t notice a huge difference between a R300, S300 or X100 shaft in terms of feel or results. The weight of all three is similar.

This being said, you might wonder why I would play anything else other than a relatively heavy shaft. Once again, it comes down to opportunity. I have had the opportunity to get iron sets that had lighter shafts in. Likewise, sometimes I wanted to try a lighter shaft for practical reasons. I have had shafts that are an inch and a half over length. A lighter shaft can be a way to reduce overall weight and swing weight.

However, weight isn’t the only reason for playing with shaft choices and as you can see, not even the most important reason in my particular case. All of which brings me back to steel fiber shafts.

A few years ago, I was struggling with various aches and pains. I had a few issues with golfer’s elbow and also a bit of back pain. I wanted to continue playing golf because, well, I am an average golfing addict. I thought that trying graphite shafts would be a way of limiting both pain and not making these nagging injuries worse. Graphite is certainly better for reducing vibrations through the shaft than steel and this, in theory at least, should make it a better choice for the injured golfer.

The results were both good and bad. I think that using graphite shafts allowed me to continue playing when I really wasn’t in the best shape. This might not have been the best choice, but it is what it is. I certainly experienced less jarring and the fact the shaft was lighter probably was a good thing too. But there was a downside. In fact, two downsides.

Firstly, I found that having graphite shafts changed the way that the club felt to me. As I previously mentioned, I am not really that sensitive to shaft flex but maybe more so to weight. A 70g graphite shaft gave me the feeling that the head was very heavy. For me, this was very different from what I was used to.

The other negative was related to the shots I was hitting. I combined the shafts with a friendly cavity back. Nothing too extreme, but certainly something that gave me a little more help than I was used to. On the range, this was very nice. I could see the ball flying high and far. When I got on the course, it was also very nice…..except when it wasn’t. I hit the occasional shot which just seem to go much further than I expected. As good as this sounds, in terms of score it really wasn’t.

I remember playing one particular round in competition at a course I know pretty well. A couple of shots I hit into greens just seemed to keep on going and I found myself over the back of the green. On a day when I felt like I was hitting the ball really well and playing good golf, my scorecard looked worse than average. Was this due to the shaft? The clubhead? My swing? Who knows, but I couldn’t shake the association of graphite shaft and excessive long/short dispersion.

Fast forward to today and I find myself in a similar situation in some ways. I am suffering from golfer’s elbow and I have a couple of other issues in my shoulder and upper back. Something which doesn’t add to my suffering would be a real bonus. And yet I am still a little bit reticent about using graphite. I have hit other graphite clubs since, but I never get that feeling of control that I have with steel.

Steel fiber shafts would seem to offer an elegant solution to this problem, giving me the advantages of steel and graphite without, hopefully, the disadvantages of either. These shafts from Aerotech are composed a filament-wound graphite core. This supposedly gives an extremely consistent uniform graphite shaft. The obvious plus side is that it will be lightweight, decrease vibrations and reduce risk of aggravating injuries. This shaft is then ‘covered’ with extremely thin steel filaments. Here we have the advantages of steel in terms of stability and weight distribution. In fact, these shafts tend to play above their stated flex in terms of stiffness and have a very consistent bend profile.

So far, this seems like the perfect shaft and you might have been wondering while I didn’t try it sooner. There have been (and still are) two main reasons why I haven’t bitten the bullet sooner. The first is cost. These are expensive shafts. You might say that the project x shafts in my Mizuno’s are also not cheap and you would be right. However, many manufacturers offer PX as a free option. They are also very common in second hand clubs. As far as I know, no manufacturer will give you steel fiber for free and they really aren’t that common on the second hand market.

This brings me to my second barrier which is that I am really not sure which steel fiber shaft to actually get. I have read a lot about them, especially feedback from other players, but I haven’t had them in my hands. As an example, one of the most common offerings for Steelfiber is the I95. In theory this, is a lightweight shaft. I have played a shaft in another model around this weight and I tried it in an x flex which was fine even for me. And yet it is quite common for players to go down a flex when using steelfiber. The I95 regular might well be plenty of shaft for me. Without trying it, who knows? And without spending a good amount to test and potentially get it wrong, I don’t know either.

So that is where I am with steelfiber iron shafts currently. I am looking at the second hand market and if I do find a set of something I like with these shafts in, I will probably jump on the opportunity. For the moment, it looks like a great option for me and for many other golfers who are perhaps feeling their age.

previousHow Many Golf Clubs in a Bag?
nextGolf Club Distances: How Far Should You Hit It?