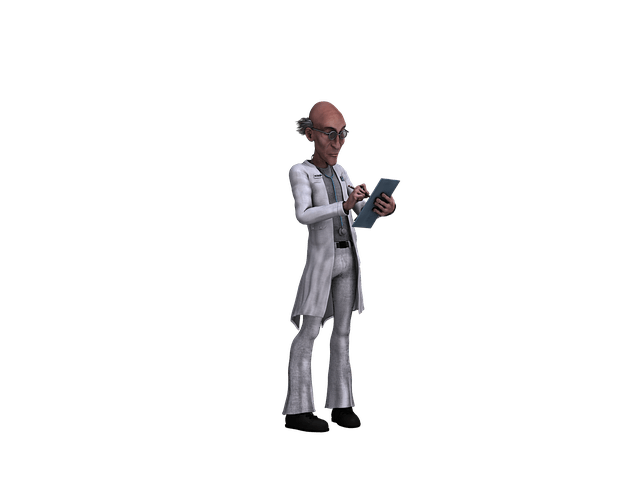 Should You Really Listen to Your Fitter?

I should probably start this article by saying that I am not a golf fitter, nor have I played one on TV. I have been through various fittings (although never a full bag, top to bottom one done by a clubfitter who is completely independent of any brand.) However, I have just been watching a ‘fitting’ video done by a pro that made me absolutely cringe.

I won’t say who or where, but some of the things the ‘fitter’ was saying just made me shake my head. Now, this shouldn’t bother me, after all, it doesn’t change anything for me. However, the guy going through the fitting process clearly didn’t know anything at all (and as the customer, why should he? He pays for the fitter’s expertise after all.) but he is going to end up with a set of irons that are not going to be anyway near ideal for him.

Before anyone writes in and tells me that I am anti-fitting, this couldn’t be farther from the truth. I LOVE the fitting process. As a complete golf geek, how could I not be fascinated with bend profiles, spin numbers and potential carry versus actual carry? I really do love this stuff.

I have been lucky enough to exchange with a few top-class clubfitters and the passion and knowledge that they bring to the table is unreal. I also happen to believe that it is perfectly possible to play good golf without fitting. I do this quite often:) I love taking a set butter knife blades onto the course. These are off in every possible way (lie/length/flex/weight/head/etc) and really, I generally do about as well (or badly) with these as with other sets of fitted clubs.

There are probably a few reasons for this, ranging from the fact that I am fairly well-coordinated and actually a pretty solid ball-striker, to the fact that irons generally have the least overall impact on my score which depends on my tee game and how well I go around the greens.

[thrive_text_block color=”blue” headline=””] Regardless, I believe that anyone who is getting any sort of fitting advice deserves to get the best possible option when he walks out of the fitting centre.[/thrive_text_block]

Maybe a bit of context might help here. The guy giving the advice (I hate to use the term fitter) was using the Mizuno shaft optimizer. I really like this bit of kit-it gives a great starting point based on swing characteristics. In this case, it spat out some solid options, one of which was a kbs tour stiff, soft stepped. The fitter ignored the soft step part altogether. Ok, this isn’t the end of the world and in all honesty, shaft flex isn’t, in my opinion, that much of a big deal, especially between stiff and soft stepped stiff.

The point is, this should have been a starting point. On the simulator, there was clearly a huge discrepancy between the numbers this guy was getting and the optimal numbers based on his speed etc. And yet at no point was any attempt made to find these yards. Mizuno fitting carts have loads of good shaft options, believe me I know! I have spent far too much time working through them all with every head possible too.

You might be thinking that there was some sort of trade off going on between distance and dispersion. Maybe it was just a case of sacrificing a few yards to hit more fairways and greens. Actually, this wasn’t the case either. The poor golfer was spraying it all over the place. Now this wasn’t a tour pro, but as a solid bogey golfer, he was certainly capable of better than this and in fact gets better results with his current set. He wasn’t even asked what he currently plays!

After this rapid selection, length was decided by height. Of course this is important, but once again, it should just be a starting point. What about posture and comfort? A quick bit of lie tape to decide that he needed standard lie and that was it. Without getting in the specifics of lie, there is more to it than this. I hate hearing that if the lie is too flat, the toes will hit the ground first and open the club. Really? What about hitting the ball first? Lie certainly affects ball flight, but only because a flatter club will play effectively more open.

So this particular customer will be paying, I would guess, close to $1000 for a lovely set of Mizuno clubs that will doubtless serve him for several years. Whilst not being a million miles from what is best, there was certainly a lot of room for something that fits better. It would only have taken another 45 minutes to give the customer better value for money.

This got me to thinking about my own fittings and just how different the results have been. I have had some awesome ‘mini-fittings’. I’m not talking about time spent with clubfitters here. I’m thinking of reps from brands. Given that I mentioned the Mizuno guy above, I would like to balance that out by saying that two of the best demo day fittings I have experienced were with Mizuno.

The first one, a few years ago, had me fit into a really unlikely combination for my handicap at the time, something that it would have been easy to miss. For example, the shaft choice we ended up with was the project x 6.5,  that was in Rory McIlroy’s clubs at the time:) At first glance and based on a quick swing speed measure, this was too much shaft for me. However, it worked perfectly with my vertical swing from 6ft 6inches of height as well as with an aggressive transition. It immediately cured the high left miss I was experiencing with my lightweight steel shafts that ‘should’ have been ideal. Although I am now getting old and the swing is slower (and I stay away from px 6.5:) )this really helped me to appreciate that there is more to fitting than this height=this length club and this swing speed=this flex.

As a nice contrast to this, I actually had a voucher for an iron fitting in a big box store not long after. To cut a long story short, if I had decided to buy from this store, I would have ended up in virtually the complete opposite and something that, without a doubt, wouldn’t have suited. How come? Simply because the guy doing the job was just going through the motions. check out this exchange:

[content_container max_width=’500′ align=’center’]”So you are playing off 18. Here’s a nice lightweight graphite shaft to help you with distance.”

Me “I don’t have any problem with distance. I struggle with a high left shot.”

“Ok, so this is the stock graphite in regular.”[/content_container]

Etc. I thanked the guy after half an hour or so (and he was clearly keen for me to let him go on a coffee break) because I am polite and off I went.

So where does his leave us? Generally, I am not a fan of fitting in big box stores. There are some absolutely amazing people in some, but in my experience,this has been the exception rather than the rule.It is a fun place to try out clubs, but generally the salesman will know less about them than you.

Of course, there are some amazing examples of fitting. I have recently been looking at the importance of putter fitting, something that tends (wrongly, I believe) to be hugely undervalued. One example that I found absolutely brilliant is this Edel putter fitting carried out on Steve Buzza. Now as great a golfer as Steve is, he would be the first to admit that he has had a few difficulties on the greens. Given that he is regularly filmed playing on youtube, this means that any time he three putts, thousands get to see his struggles.

He went through a fitting from Edel for a new putter a few months ago and anyone who has seen him putt since then will be able to appreciate the difference. When you watch the fitting video below, it is easy to see why: 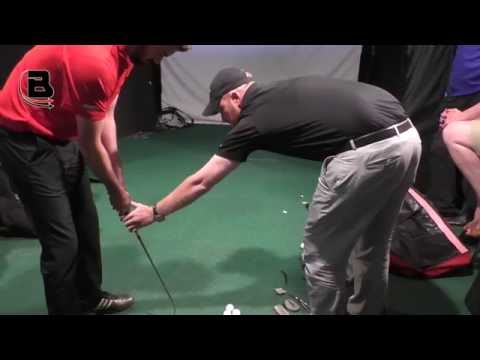 Demo days or pro shops are generally much better and occasionally excellent. I love the fitting carts that most brands have now with the possibility of combining various heads, grips and shafts as well as playing with the length and lie. I would suggest to anyone that they do this as often as possible because there really is no better way to get a feel of what you like.

[thrive_text_block color=”green” headline=””] The results can sometimes be surprising too. you might discover that you prefer the feel or results of something that would never be suggested to you. It means that you have already found a starting point when and if you do decide to get fit.[/thrive_text_block]