What is a Golf Handicap?

If you are not a golfer, the idea of a golf handicap probably doesn’t mean much to you. This is not particularly surprising, but what might cause a raised eyebrow or two is that quite a large percentage of golfers don’t really know what it is either! I have heard some very confident explanations of just what it is from seasoned golfers….which have been at best incomplete and at worst wrong! Here is what you need to know. 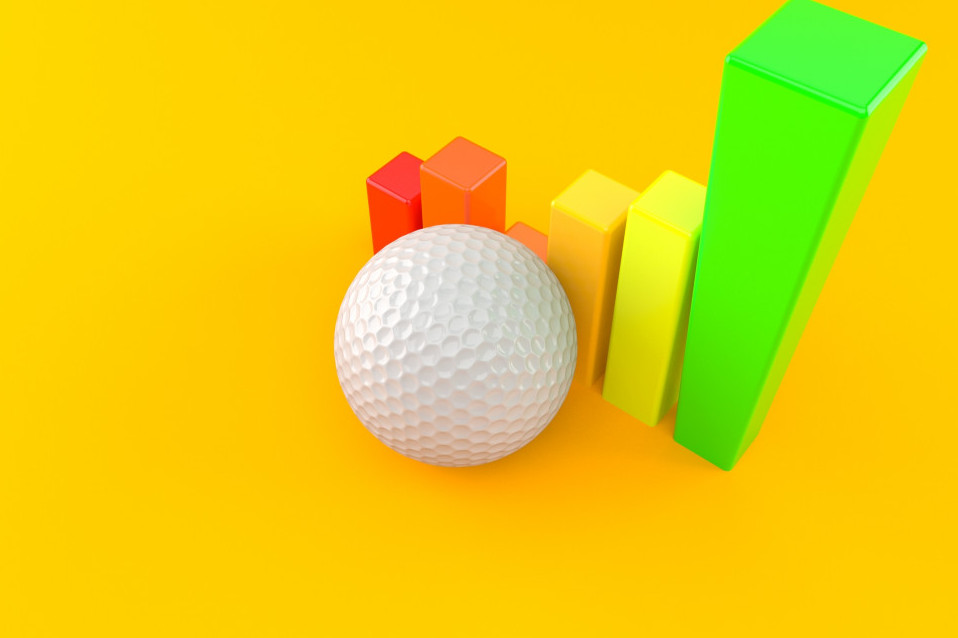 In the simplest possible terms, a handicap or index as it is known in some parts of the world, is a way of making golf fairer. If you are a regular golfer, you may just have spat your tea (coffee, beer etc) across the room at the idea of golf being in any way, shape or form fair. You would be right too. One of the inherent joys and frustrations of the game is that it really isn’t, and can never be, fair. The very idea of “playing it as it lies” goes against fair. That spike mark which just knocked your birdie putt off line is far from fair.

For the moment, we need to set aside this aspect of golf. A handicap (theoretically) makes it possible for golfers of different levels to compete both against each other and the course on an equal footing. So how is this achieved?

Well, everyone knows that the idea is to get the ball in the hole in the fewest amount of shots possible. We all also know that Tiger Woods, even on one leg, is going to get round in far fewer shots than you or I. A handicap allows us to take off a number of shots from our score. In the case of a really good golfer, it could actually mean adding shots.

The easiest way to illustrate this would be with an example. A golf course will usually have 18 holes. Someone who has an 18 handicap will receive one shot on every hole or in other words, will be able to take one shot away from his score. His bogey five becomes a par four. This is what is know as gross and net. So if I am this 18 handicapper and I shoot 85 on a par 70 course, I have shot 15 over par. The scratch (or zero) handicapper that shoots 70 has shot level par.

In theory, he has beaten me by 15 shots. If we consider gross score, he has. But when handicap is taken into account, I need to reduce my score by 15 shots and suddenly my net score is 67 , or three under par which means I beat his 70 (with handicap zero, or no shots taken away) by three.We can see that he is a better golfer than me (by 15 shots on this day) but compared to my level, I have played ‘better’ than him.

Hopefully, that is straightforward enough and is really as much as most need to know. However, the whole story has a bit more two it and this.

How is Golf Handicap Calculated?

The first thing to consider is how we actually go about calculating golf handicap. After the creation of the World Handicap System, this has become a little more straightforward because, again in theory, golfers from around the world are working off the same system. Previously, it was all over the place! A 5 handicapper in the USA wasn’t the same golfer at all as a 5 handicapper in the USA, for example. The same was true for a 5 in France, and so on.

The current world handicap system is easy enough to explain in essence and if you want a bit more information, there is a website that will talk you through all the nuts and bolts here. Basically, the handicap is calculated using a golfer’s best 8 results out of their last 20 results. This is a constantly sliding scale, meaning that when you post a new handicap score, for example in competition, the score that is 21 rounds ago won’t count any longer.

The WHS is actually becoming the preferred method of calculation around the world and has managed the not insignificant achievement of uniting the 6 major handicapping systems that were being used in various countries.

So what effect has this had on golfers? From a personal point of view, none! This is simply because I prefer to play most of my golf outside of competitions so haven’t put a card in for a couple of years at least. However, I have done a retroactive calculation to see what effect it would have had. Interestingly enough, my current handicap would be essentially unchanged at just over 9. However, it would have seen me playing off just under 7 a few years ago instead of almost nine.

Most of the golfers I know here in France have found their handicap going up somewhat, and this is about right. The European system in use meant that it was easier to go down than up. A great score would mean the handicap dropped, but a very poor score might only mean an increase of 0.1 or 0.2. One golfer I know put a few decent rounds together (at least one or two of which were, let’s say, debatable…) a few years ago and was playing off 7. However, this guy was also occasionally shooting 100 or more!

These terrible rounds saw him creeping up each time by 0.1. However, every dozen rounds he might play a good round which would bring him down by a shot. Since the arrival of the World Handicap System, he is playing off around 15 I think which is a more honest assessment of his true level, although a little bit bruising to his ego!

There are a couple of other things that are really important in handicap calculation and something that the WHS has put front and centre of the new formula. This is where a lot of golfers get confused by what handicap actually means.

Let’s go back to out 18 handicapper playing a par 70 course. Many golfers follow the logic stated above, namely that this 18 handicapper should be shooting 78, or 18 over par if he is to play to his level. In reality, this is rarely the case. Why is this? There are two very important ingredients in the mix and they are course rating and conditions.

This should be quite obvious when you think about it. We have all played courses where it is particularly hard to get a score, for example. It might be a par 70, but those par fours are 400 yards rather than 350 and the fairway is tight. When you get to the greens, it is like putting on an undulating billiard table! Compare this to a short, wide, flat course with flat, slower greens and the par 70 on one really isn’t the par 70 on the other.

This is where course rating is important. Course rating, or slope, is a way of saying how difficult a course is from every set of tees on that course. If you play at Augusta from the back tees, a scratch golfer isn’t playing in par. In fact, a solid score for him would probably be over 80 in championship conditions.

This means that it really isn’t just a question of how many you score. It is important to know where you played and under what conditions. This can vary on one course from day to day too. an 80 on a cold, windy December day isn’t the same as an 80 on the same course in the July sunshine.

Essentially then, handicap is more than a number of shots that correspond to a net score. It is an attempt to let any golfer have a reasonable shot at ‘beating’ the course and other golfers. We all know that someone who can shoot 65 is a better golfer than the guy who shoots 95 (although sometimes they can actually be one and the same.) A handicap gives this 95 shooter a fair (as far as that is possible) shot at winning based on his r her true level as it varies over time.