Along with “should I play blades?” What are the best irons for a high handicapper is probably one of the most common questions in golf. Of course there isn’t a one size fits all answer to this, but I don’t want to give just a generic, play what you like answer either. I believe that we are all free to play the equipment that we choose but when you are starting out, a bit of guidance is probably a good thing. So here is what I think the shortlist for the best irons for a high handicapper should look like. 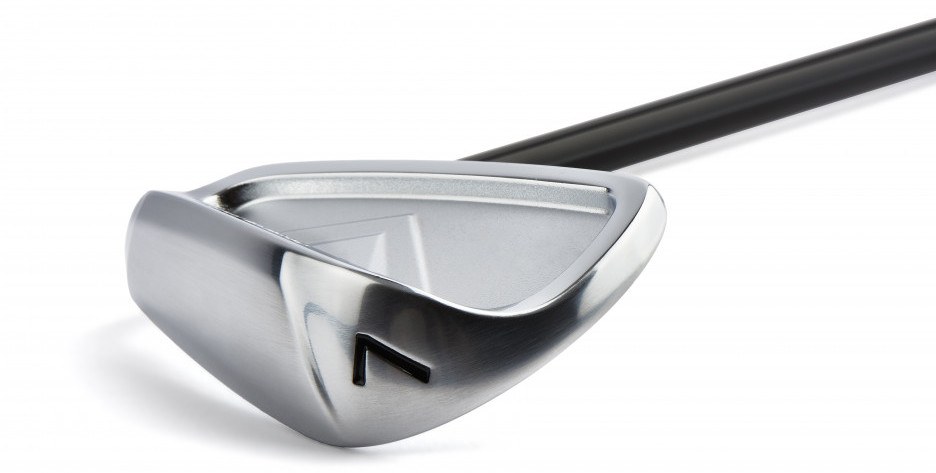 What is a high handicapper?

Maybe defining what a high handicapper really is for me is a smart place to start. Although some people’s definition of a hacker starts somewhere just above single figures, this isn’t how I see things at all. In fact, I don’t think handicap is that great as far as helping to choose clubs goes, especially irons. There are some 20 handicappers out there who hit their irons really very well and can probably play whatever they want at least down to 6 iron or so. likewise, I play with a couple of people who hover around 10 or so and really don’t strike the ball that well.

The two groups who really need an answer to this question are those starting out in the game (and I would include those who have maybe played for years but only play rarely) and regular golfers, even mid handicappers, whose iron play is the weakest part of their game.

Let’s start with beginners. If the Golfing bug has only just bitten, you are probably excited by the idea of owning your first set. Depending on who you talk to, you will get about 20 different recommendations ranging from get the cheapest you can to get custom fit. Given that even a beginner’s box set will cost a couple of hundred pounds/dollars/etc, not everyone can afford to get this wrong.

Before buying, you want to ask yourself some simple questions that will narrow down the choice a little bit. Here are the things to think about:

This isn’t (and really doesn’t need to be) an exact science. Let’s take me as an example.I played golf as a youngster and stopped for 20 years until I picked up a club just over a decade ago. I was in my mid 30s at the time, had played a lot of sport at a fairly high level. I have a few injuries bit nothing major (sore back, shoulder) and was fairly athletic. I was ( and still am!) just under 2m tall ( around 6ft 6) stronger than average and not overweight.

So what should this tell me? Well, first of all, the average light graphite shaft in a high handicapper box set of irons would probably be a little be weak/light for me. Something heavier and probably steel would be a good starting point. Maybe an average stiff, for example.

Secondly, it would make sense to try to find overlength clubs with at least midsize grips. Suddenly, my search becomes a little bit easier.

I could get on ebay for example and look for clubs that are +1″ with a stiff steel shaft and midsize grips. Or I could order a basic box set from Wilson with these specs. I would have a far better chance of making solid contact than a standard set with light graphite.This would help me to enjoy my golf more, progress more quickly and perhaps upgrade or do a full fitting to find an even better set a year or two down the road.

I wasn’t really an average high handicapper looking for his first set though. Maybe you are an older gentlemen or a younger beginner who lacks physical strength? Well if you are average height/build,life is even easier because many of the best irons for high handicapper are designed with you in mind! Lighter graphite shafts, standard specs and friendly clubheads.

How Important is the Clubhead?

The clubhead itself is, in my opinion, actually not the most important part of the choice. No,I didn’t say that everyone should be hitting blades! I do believe that if the rest of the specs are about right, lots of modern clubheads will do the job. Unfortunately, this isn’t going to help you make a choice so there are a few things that are worth looking at in terms of clubhead design.

The first of these is perimeter weighting. Essentially, irons with that “scooped out” appearance (known as a cavity back) do offer more tolerance on off centre strikes. Whilst the exact amount of forgiveness available is open for debate, a large cavity will be easier to hit and certainly look more friendly down by the ball than a blade for example.

Similarly, a wider sole will also make for an easier to hit iron for a couple of reasons. It will make the club less prone to digging and more apt to “slide” across the turf. For a really good ball striker this doesn’t matter too much because he or she will be hitting ball then turf every time. Unfortunately, one of the characteristics of most golfers compared to the elite is the inability to get the low point of the swing after the ball and thus get get ball/ground contact.

Most golfers, even some quite good ones, don’t manage this well and will hit the ground first. Do this with a narrow soled club like a blade and you are going to get a pretty poor result. A wide sole will at least save your bacon bit!

The other reason why a wide sole can be good, is that it puts a lot of the clubhead’s weight at the bottom of the club. This will help if you sometimes get the ball a bit thin but it will also help to elevate the ball regardless of where you strike it. Most really good golfers hit a very high ball compared to the rest of us and hitting a low ball, whilst not the end of the world, can be a problem (think hitting over water or into a green for example.)

This doesn’t apply to all high handicap golfers however. Someone who is a high handicapper but has a fair bit of swing speed should actually avoid to much weight at the bottom of the club in my opinion. It will just make the ball shoot up very high and often very spinny which can lead to loss of distance and control. Put this with a light weight/weaker shaft and you can be in ll sorts of trouble!

I actually went through a period like this when I started playing again. I had a set of Wilson di11 irons with a regular 95g steel shaft. Now these are fantastic, underrated clubs in my opinion and if you are looking for a cheap set of game improvement irons you can pick these up for a song on ebay. I had these irons in +1″ and 2 degrees upright and midsize grips so they were quite well-suited for me. However, I found that I really struggled to control them, especially the longer irons when I was swinging hard.

My handicap index was probably around 25 (or more) at the time, but my clubhead speed with my irons was about 90mp/h, which is quicker than average. I hit some great shots but also some that just went off the planet! It took me a while to realise that this wasn’t just because of my swing faults (of which there were, and still are, plenty.) When I tried a set that had a less-forgiving clubhead and a heavier/stouter shaft, my control improved dramatically and my scores came down.

Which Sets Should I Look at?

You might be wondering exactly what you should get as your first set. If you are somewhere between 20 and 50, within a couple of inches of average height and build, any cavity back iron with a regular flew shaft will do the job. Despite what the marketing departments will tell you, one brand is not going to be night and day better or worse than another. From there, you need to change things slightly depending on your particular specs.

If you are younger/stronger or have played another sport, you might want to look at a medium-weight steel shaft possibly, or even a gentle stiff. As an idea, there are now a lot of clubs that have shafts around 100-110 grams which will be great for many golfers who aren’t really struggling with swing speed.

If you are older, carrying a few injuries or just less athletic, look for something that is light. A 70g graphite shaft in regular or senior flex will be good.

If you are buying new, you can order the clubs in your specs in terms of length, lie angle, and grip size. There are many different online fitting systems that will give you an approximate idea of what you need. For example, here is Ping’s excellent fitting chart.

This isn’t perfect, but it does a really good job of getting you in the right ball park. 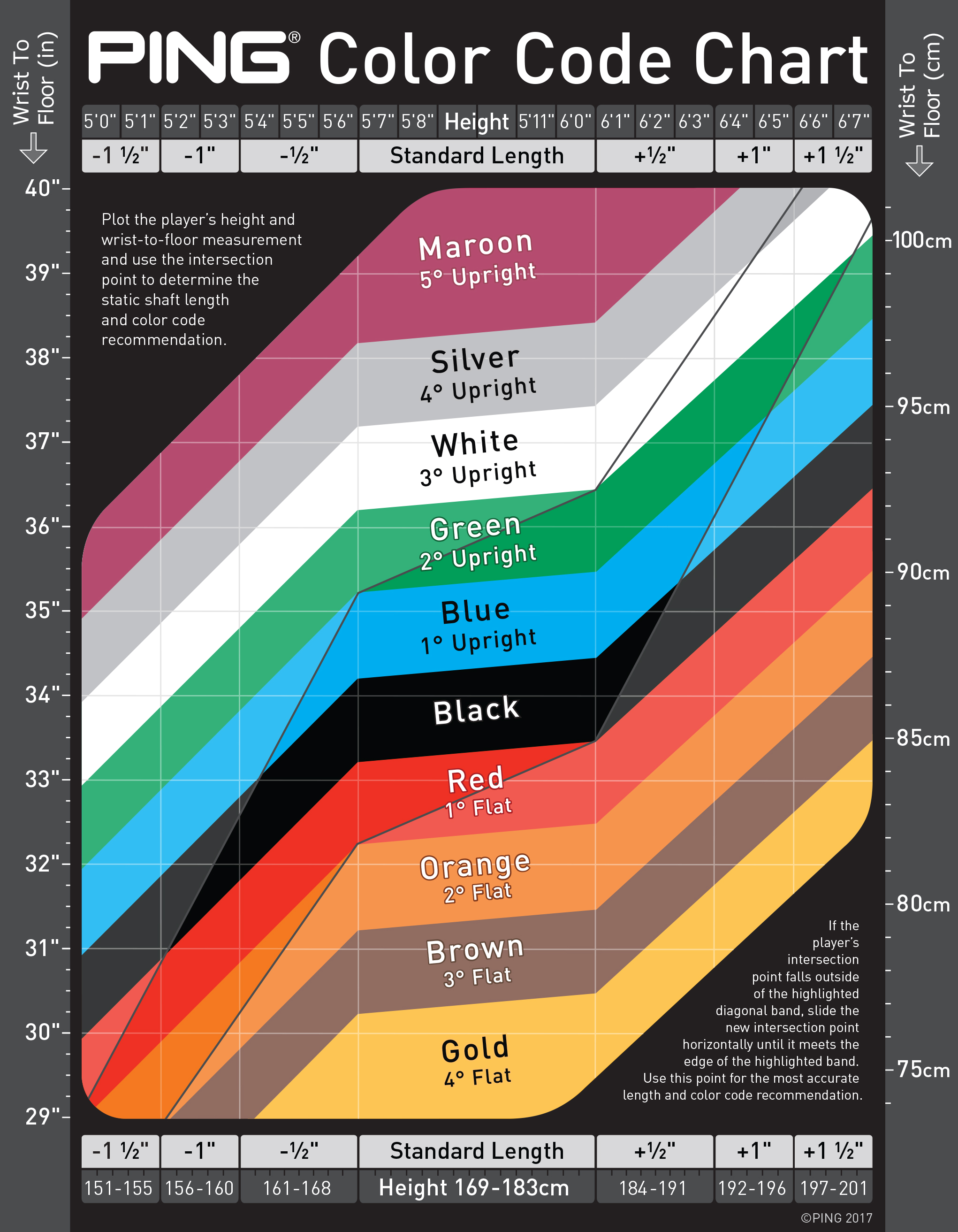 I don’t have any particular preferences in terms of one brand over another, but one advantage that Ping does have is that you can easily search for an iron set by colour code.

For example, I tend to fit in to Ping’s silver or white dot, but can happily play a couple of colour codes either way. This makes it simple to find a set that is going to be a reasonable fit in the second hand market. In fact, one of the best irons for a high handicapper might me any of Pings G series irons in the right colour code. These irons are all cast steel too which means they tend to resist ear and tear extremely well.

If you are really planning on playing golf for years to come (and I hope this is the case) the best advice for this sort of set is simply don’t break the bank. There is a good chance that you will be looking for your second (third, fourth,….twentieth) set in a year or two from now!