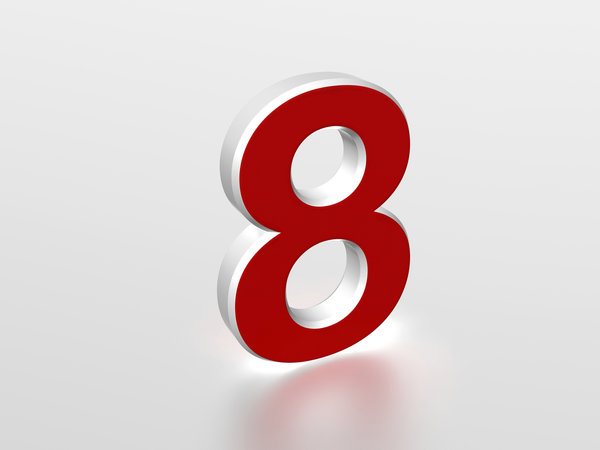 A lot of golfers dream of playing to single figures. I know that I did and as I headed down from bogey player to playing off the back tees (15.4 at my club) towards 12, I went from wondering what single figure handicap golf was to understanding what it really took. I have been a (relatively) high single figure golfer for a while now and feel like I have a good grasp of what it takes to get there and, perhaps more importantly, stay there. This is why looking at an 8 handicap golfer is perhaps a smart way to road map your journey.

The Mental Side of Golf

One of the biggest realisations I had when I got to single figures was that playing to 7,8 or 9 is…well, not actually that good! This is going to seem crazy to the majority of golfers. It would have seemed crazy to me too. In fact, when I started playing golf again as an adult, I was thinking that it would be nice to get down to a bogey handicap of 18. I was given a starting handicap of 54 (like all ‘new’ golfers) and so 18 seemed quite a long way off.

In reality, I was already quite a bit better than this 54 handicap and I got down to the low 20s in not too much time. I actually got stuck there for a while and this is what I mean about the mental side of golf and that good golf isn’t really that good! As a 23 handicapper, I was making birdies. Not lots and lots of birdies but certainly far more often than I thought was average for someone who was lucky to shoot 90.

So what was the problem? Well, I would also have plenty of doubles, triples and worse on the card! When I worked on reducing these, my handicap headed down once again. I still didn’t feel like a very good golfer and in truth, I really wasn’t but I was already within shouting distance of single figures at around 15 or so.

So the first key idea for many people aspiring to reach a handicap or so, is to understand that an 8 handicap is not a world-class golfer. It is a level that is actually far closer to the average hack than to anyone you might se on television. An eight is hitting very similar shots to an 18 and isn’t generally hitting it 300 yards off the tee or knocking it dead with their seven iron very often. He or she will be essentially a more consistent bogey player who no longer has that mental barrier of single figure golf.

Which Areas to Work on?

What if you are somewhere below bogey and want to know how to get down to this level? You will hear that short game is king, you should practice putting and so on. Stats show us that this isn’t really true. In fact, if you could get your drives further up the fairway, this would have the biggest effect on score.

I have written about this before, but it is actually quite logical. If you are hitting it further, you will be taking a shorter club into the green and the statistics clearly show that a shorter club will give a tighter proximity to the hole which, in turn, leads to making more putts.

This isn’t just my opinion, it is backed up by tens of thousands of shots analyzed. Of course, this doesn’t mean that you should neglect the rest of your game. As I mentioned above, one of the biggest steps towards a lower handicap for me was cutting out my blow up holes. This is about eliminating that horrible slice or hook or at least making it playable. It is also about knowing your game far better.

If you are 150 yards always from the flag, what club do you need? You would be amazed at the amount of golfers who base this on their best ever shot. A 7 or 8 handicap isn’t doing this. This know the yardage and know which club will get there and not just on that absolute worldy of a shot either! Know your distances, it is key. Spend a bit of time making a distance chart for your clubs and consult it on the course until it is absolute second nature.

Understand the Nature of a Golf Handicap

Of course, you might not understand exactly what an 8 or 9 handicap even means and this is why you think you are further away from it than is really the case. Let’s take an example.

My home course is a par 70. You might think that this means that an 8 handicapper should shoot 78. If you are shooting 85, you might think you are a mile away from single figures. Not so fast. The course slope rating tells me that my course isn’t that easy. If I play from the back tees, as an 8 handicap golfer, I would get 12 shots. Suddenly, I am shooting 82 and actually playing to an 8 handicap.

The next step is to understand how the world handicap system actually works. A handicap is calculated by looking at the average of your best eight scores out of the last twenty. It represents the level of any given golfer when they are playing at their best, or at least better than their average.

Our 8 handicapper playing on this course might have these scores as his last 20:

If we take the best 8 out of these last 20 scores, this golfer has an average score of 80.5. He started off as an 8 handicapper and has probably gone down by a shot or so because, as we said before, this is a tough course and an eight handicapper actually shoots 82 if he scores according to his handicap. This guy might have a handicap of 6. Something now. He (or she) has scored 75 in competition, so obviously isn’t too bad!

However, let’s look at the other side of the coin. He has also handed in a card of 97,or 27 over par. His average score over these last 20 rounds is actually around 84.5. This means that an average round for this 8 handicap golfer on this course over 20 rounds is nearly 15!

I am not knocking our fictional golfer here because he is basically me! I think it is important to point out that this aim of playing to under ten handicap is really not as inaccessible as many people think. Ten years ago, if I were paired with a single figure golfer, I would expect this guy to be absolutely striping it, be an artist around the greens and have everything with ten feet as a gimme!

It doesn’t work like this. I hit some truly horrible golf shots. I three putt. I don’t practice much and really don’t have the God-given talent to get away with that. And yet, I feel fairly comfortable sitting at around a nine handicap, even having played less than half a dozen rounds over the last year.

In fact, I would say that if I manage to have a normal golfing year next year and get to the course on a regular schedule, I think that playing off 5 or so would be perfectly withing the bounds of probability. What makes me so special? Literally, nothing. I think that if most mid handicappers took the time to think about what it takes to play as say an 8 handicapper and realise that there is no magical barrier or glass ceiling above single figures, they would be able to get there, and quite possibly more quickly than they think.