Golf Slope: What does it Mean?

Slope is a common term in the golfing world, but is actually a little bit misleading and refers to at least two different things. Here is a simple explanation of what it is and why golf slope is important for your game.

The first use of slope is essentially a measure of how difficult a course is relative to others. You might be playing on a par 72, but that doesn’t make it as much of a challenge as say, Augusta National and its par 72. A slope number simply allows you to know, at least to some extent, what the difference really is. It allows you to pick the right set of tees depending on your length and handicap and have a better chance of actually enjoying yourself on the course. 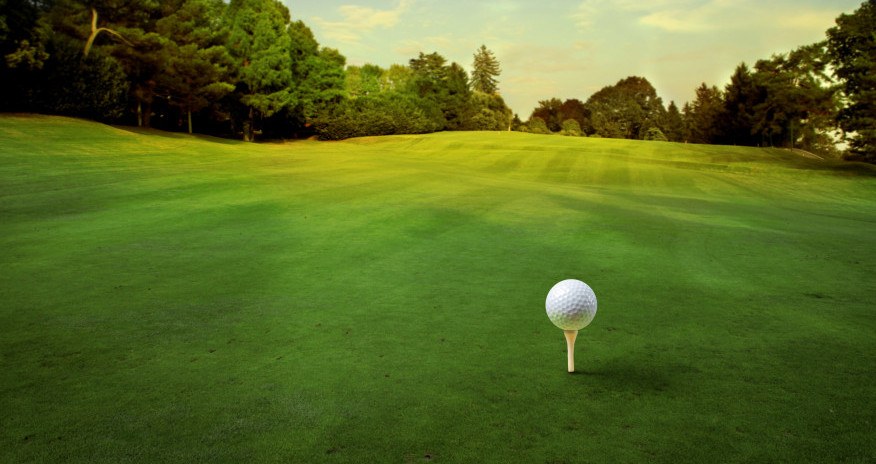 This slope rating is a number, which can go from 55 all the way up to 155. The average course will sit around 110-115. This number also varies depending on which set of tees you play off. For example, my home course has a rating of 136 if I play off the white tees (it is quite a tricky course) and 127 off the yellows. This means that as a 9 handicap golfer, I will get something like 12/13 shots from the whites and about 9 from the yellows.

How is Golf Course Slope Calculated?

Well this is all well and good, but how is this number  calculated? Well technically, the number represents how much more difficult a given set of tees is for a bogey player in relation to  scratch handicapper. You might think that this difference is fairly constant, but that isn’t the case at all. As a course becomes more difficult, a bogey player’s score will rise far more quickly than our scratch player. Although both will struggle horribly around Bethpage black or St Andrew’s, the bogey player’s numbers would be off the scales big.

Who Rates the Course?

There is obviously a deal of subjectivity in this rating. After all, golf isn’t an exact science. People known as course raters will assign a difficulty to a course (and this can change over time.) In order to find a rating, the rater will decide on a good score for a bogey player around a  given course as well as the same score for a scratch golfer. The difference is then multiplied by a coefficient (currently 5.381 for men and 4.24 for women.)

As a course becomes progressively more difficult, the difference between bogey and scratch becomes larger and the slop increases in a general upwards trend (hence, slope.)

While this can seem somewhat arbitrary, it really is an important measure. The course raters don’t “guesstimate” a number, they take into account a huge number of variables (length, hazards etc) in order to get a score. You might wonder why bother, but there are two key reasons.

The first is that handicap should (at least in theory) represent a golfer’s ability in different conditions and on other courses. On my course from the whites, I am playing pretty well if I shoot 83. On another course from another teebox, the same level of golf might actually be a 75. And when I finally get my invite to Augusta, I would probably be closer to three figures whilst playing no worse.

Secondly, golf is (or at least should be) all about enjoyment. Slope helps you pick out a course and set of tees that will mean your hard-earned course time is fun and not suffering (unless that is your thing. In that case, hit the black tees at your nearest pga length course in tournament condition. Probably a good idea to stock up on balls though;) )

This might seem relatively straightforward, at least in theory, but this is when we hit  problem. Slope is also used to mean something completely different. Confusing, right? Slope is part of a variable when calculating distance as I explained in another article.

Let’s take a step back. Many golfers like to know how far it is to the hole, a bunker, a water hazard or whatever. There are different ways of calculating this. You can use on course markers like a 150 yard post for example. Or perhaps you prefer a GPS device. Personally, I tend to use a rangefinder. This is easy enough. I simply aim at an object, for example the flag stick, and I get a yardage number. Perhaps the only really tricky thing is to make sure I don’t overshoot the green by 20 yards because I have zapped the tree behind instead!

But what happens if the green happens to be 20 yards below or above your feet? Suddenly, my 150 yard shot might actually be playing significantly longer or shorter.

This is where our second definition of slope comes into play. You may have heard of a slope function on a rangefinder. This gives you an adjusted yardage based on the difference in elevation between where you are and where you want to go by using some fancy tech to essentially give an angle up or down which is used to adjust the distance. once you have the angle, the new distance is really little more than basic maths using right-angled triangles.

At this point, I think there are a couple of things worth noting. Firstly, if you ever try to get a manufacturer to explain how they actually calculate slope distance, it is pretty hard to get a straight answer! I believe Bushnell have said they use information from a tour caddy (but don’t quote me on that) but otherwise, nobody wants to say.

The second thing to mention is a result of this: I personally don’t use a slope function on my rangefinder. I do love tech, but I am not convinced that the reading slope gives me is any better than my non-slope reading and then clubbing up or down, depending on elevation.

A lot of people are going to disagree with me on this, but given that as golfers we are permanently factoring in wind, roll, temperature etc, I am hesitant to put too much faith in a slope reading. Your mileage may vary of course.

So there you have it. The next time someone mentions slope, you will know all about it 😉