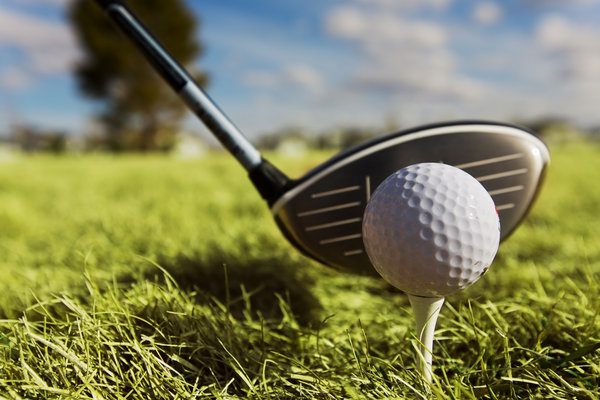 I have tried some ‘interesting’ stuff with my golf equipment over the years. Three wood shaft in the driver? Check. 30 grams of lead tape on my seven iron? Playing with four chippers? Check and check. Mainly, I do this to see what it is like. It is all well and good spouting off about single length irons or whatever, but what’s the point if you haven’t actually tried them? Theory is great, but putting it into practice is so much more interesting. This leads me on to my next potential experiment, the driver hybrid.

How Important is the Driver Really?

I have had a checkered relationship with the driver. Currently, it might actually be one of my favourite clubs in the bag. It is getting out there a pretty reasonable distance and I feel like I have at least a modicum of control over where it might end up. However, this hasn’t always been the case and in all probability, it won’t stay this way for ever and in fact will probably be the usual disaster area by the time next year’s golfing season comes around.

I have had periods (actually whole seasons) when there has been no driver at all in my bag. I was getting more distance out of other clubs, notably the three wood and I had no idea where the ball would end up. It is a pretty uncomfortable feeling standing on the tee when you don’t know if you are going to hook it out of bounds or slice it off the planet! The only real solution at this point is to leave the driver at home.

I used to tell myself that this didn’t really cost me. It was better being on the fairway but back a few yards. There is some truth to this and course management is important but there are at least two counter arguments. Firstly, a three wood is a tough club to hit and in all honesty, I don’t think many golfers (myself included) can really safe it is a safe fairway finder. Secondly, there is a huge amount of data from things like shotlink that show statistically that distance matters for score. If you are sacrificing distance, it is because you are really capable of putting the ball in a great spot for the next shot in order to make it easier.

So this makes the whole idea of replacing the driver somewhat tricky. This is true whatever the standard of golfer. For example, Phil Mickelson had two drivers in play for a while, after putting his phrankenwood in the bag. This was/is a Callaway x-Hot three wood with a very low loft and a driver shaft. Likewise, Bryson Dechambeau has played around with two drivers, using a very low lofted long driver and a ‘normal’ driver as a fairway finder.

Essentially, what these guys are trying to do is create some sort of hybrid driver that lets us have the best of both worlds. We can get the distance (more or less) of a driver but somehow improve our chances of getting the ball on the fairway.

There are obviously quite a few variables to play with here, from head design and size to shaft flex and weight. However, it is going to boil down to two key elements and these are shaft length and loft. The main reason a driver (potentially) goes further is because it has the longest shaft, maybe 45/46 inches and the lowest amount of loft (9-11 degrees). The perfect set up varies golfer to golfer. A slower swinging senior is going to get more distance with a 14 degree driver sporting a lighter, softer shaft. Give this to the guy swinging at 110 mph +, he will just hit spinny moon balls that shoot up and drop short, probably with quite a bit of dispersion. These differences are going to be even more noticeable depending on angle of attack too.

The Hybrid: A True Game Changer

So all this got me thinking. I believe that one of the biggest steps forward in terms of making golf easier for all golfers has been the hybrid. This has replaced hard to hit long irons in bags of golfers of all sorts of abilities. In fact, especially on the LPGA Tour, it isn’t unusual to find 3 or more hybrids in the bag. I had a lot of fun with a seven hybrid in my bag and there are days when I regret getting rid of it. In fact, an all hybrid set is perhaps one of the easiest ways to play the game.

So what makes a hybrid so great? Well it has the advantages of various different clubs. It has bulge and roll on the face which will correct (at least slightly) shots that are hit off-centre. A toe strike will actually curve back from the right towards the fairway, at least in theory.

It also has weight down and off the face which helps to get the ball launched into the air. The shaft is shorter that a fairway wood which will make it easier to hit the ball in the centre of the clubface. The face has a hi COR, essentially making it like a little trampoline, giving that familiar pop as the ball explodes off the face. Finally, the length of shaft is shorter that a fairway wood making it easier to hit again but longer that an iron generally which will help to generate a little bit more clubhead speed.

The final key point is that the hybrid is a very friendly club to look down at and it inspires a lot of confidence. We expect to hit it well and so often we do. The driver might have a bigger head but for a little of people, this can actually be off-putting. A fairway also has a bigger head, but not really that easy to hit when we bring the longer shaft into consideration.

So what if the real driver hybrid was, well…a hybrid? Given that most golfers game a hybrid, it is surprising how few actually play a driving hybrid. Most golfers will have something around 22 degrees in their bags. Some might have a strong hybrid at perhaps 19 and a weak one at 23 or so. This is a really good set up, but what about thinking a little bit outside the box? There are golfers who hit their hybrids really well and yet insist on playing a fairway wood between hybrid and driver when they really struggle to hit it.

I think this is because a surprisingly small number of golfers think of the hybrid as being a tee club. It is a sort of Swiss army knife. Great for a long second shot. Fantastic at getting you airborne out of a tough lie. Maybe even the answer for a greenside bump and run.

So what exactly will I be building/looking for? I have decided that a driving hybrid needs a proper trial on the course. There are a couple of things that I will be looking for. Firstly, in terms of loft, I will be looking around 15 degrees. Perhaps a degree or so lower, but probably not much higher. This is, in my opinion, plenty of loft to get the ball up in the air from a tee.

Secondly, I don’t want a face that is too closed or too much offset. This is player-dependent, clearly. I don’t have a problem with a slice and generally hit irons/hybrids more left that right. I want a club I can hit hard with confidence and don’t want to worry about it going left. If you are a slicer/fader, this closed face or offset could be your friend however.

Finally, I want a head shape that inspires confidence. I don’t want a driving iron, I want something that looks easy to hit. The choice here is huge.

So what’s the point in this? Well, often the answer to a fairway finder is to take a driver or fairway and just to swing easily. Whilst this makes sense, many golfers (myself included) tend to loser their rhythm when swing less that their normal 100%. I would prefer to hit less club hard that more club easily and I believe this is true for many golfers.

For my hybrid driver, my aim is to have a club that looks easy to hit and swing hard. Not stupidly hard, but my normal committed swing. I think that my results will be better hitting a hybrid with say 15 degrees of loft on a 40-inch shaft hard rather than a three wood with 13 degrees of loft easy. I think my results may overall be better with this rather that trying to ‘bunt’ a driver in play, something that really isn’t that easy.

Will it work? Who knows? I do think that the idea is probably good. Maybe I will have to tinker a little bit with head style and shaft set up, buy I think that playing a strong ‘driving hybrid’ might be the right choice for a wide range of golfers who are looking for that perfect sweet spot of ease of use, control and distance off the tee.

2 thoughts on “The Driver Hybrid: The Next Step in Golf Tech?”