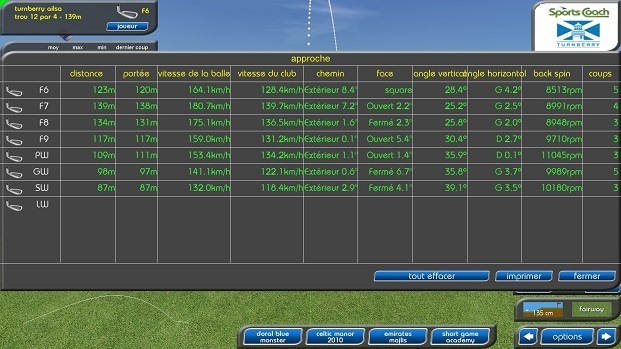 Are single length irons a good idea? Yes, thanks for reading, goodnight. OK, you probably want a little more than this, but given that I have written a lot about single length irons and my personal experience with them over several sets and the best part of a decade (for example here, here and here for starters) I obviously have an appreciation of just what they can potentially bring to the table. However, the whole single length things seems to have turned into some sort of argument of faith: do you believe or not? This isn’t how it is supposed to be.

Why Do Golf Clubs Have Different Lengths?

Maybe an interesting point to start is just why golf clubs come in varying lengths. Someone will say that they need to be different lengths because the heads are different weights and so the lengths vary in order to keep the swing weight (how heavy the club feels) the same. Despite the smug smile they will be wearing as they say this, they are wrong. You could also say that head weights vary to compensate for shaft lengths. It just becomes a chicken and an egg thing.

I agree completely that there is a relationship between head weight and club length. The point is, why does either of them have to vary and cause the other to vary as a consequence? The short answer is, it doesn’t. Keep the head weight identical on all your irons and suddenly you can keep the shaft length (and lie, offset etc) the same too.

I believe that the initial reason why shaft length varied was with the introduction of steel shafts and mass production of clubs. It wasn’t practical any longer to fit a golfer for his/her ideal specs and by making each club progressively longer than the one before, something in there should fit well and the rest would at least feel slightly similar by adding/subtracting about 7grams and half an inch.

It is undoubtedly true that clubs before this period generally didn’t follow the half inch increments. They could be varying lengths but also a few consecutive irons might be the same. Bobby Jones was doing this according to many sources a couple of lifetimes before Bryson Dechambeau became the poster boy for all things single length.

So let’s talk about why single length irons might be a good idea and perhaps address a couple of potential problems too.

Before digging in, I probably need to say that I don’t make or sell one length clubs (or any clubs). I won’t become a millionaire if you decide to buy a set of the latest one length Cobra irons. In fact, it doesn’t change anything for me either way. It does bother me somewhat that people have an attitude to single length that doesn’t really take into account if they are going to be any good for them or not.

This is true in both directions, not just the single length haters. I have read countless forum posts from someone who has hit about three shots with a single length set saying something like “I will never go back to ‘normal’ clubs again.” Why? Single length irons aren’t magic. I have happily gone back and forth from varying to one length and even combined the two. It is all good.

So Are One Length Irons Really a Good Idea?

After all that waffle, here are some facts. There is absolutely no doubt that single length irons are a good idea. The theory of having the same set up for every club in the bag does make perfect sense. I think that someone who starts out in the game with this set up would probably never look at anything else.

It is also a real bonus for those people who like to hit balls often and especially if they don’t actually manage to get to the range as often as they would like. Taking a couple of single length irons and a few balls covers (more or less) all the bases.

I also think that the biggest advantage for a single length iron set is something that is hardly ever mentioned. It is a really good choice for those golfers who are towards the end of the physical bell curve. As an example, I am 6 feet 6 inches (close to 2 metres) tall. My current set of irons is over length but in all honesty, I don’t have a problem playing standard length irons mostly.

However, one area that isn’t great for the taller golfer is the shorter sticks. I do feel a little hunched over when I have a 35.5 inch pitching wedge in my hands. The obviously solution is lengthening clubs which is fine. This does mean that the longer irons become ….well longer! Now you have a five iron that is perhaps 35 inches long and is going to be at least a little bit harder to hit.

Single length lets me have longer ‘short’ irons without lengthening my ‘long’ irons (I know, the idea of long/short irons can become a little confusing!) The same thing is true in reverse for the shorter golfer. It is a way for him or her to avoid 3/4/5/6 irons that just feel too long.

Is Every Swing Really the Same?

Now time to look at the other side of the coin. I made a video years ago (which should still be viewable here on YouTube) Apologies for the less than stellar editing etc, but there is some important stuff in there that still holds true today. You will notice that the irons I was hitting (the pinhawk single length irons from value golf) perform well. However, not every swing is the same.

In theory, everything is identical but I have found with every single length set I have tried that this isn’t the case. For example, swing speed varies. It shouldn’t. Clubweight and length is the same and yet it does. I will hit a single length seven iron at 85-88 miles an hour or so but the single length gap wedge will be ten miles an hour slower, maybe more.

Likewise, ball position. As much as single length clubs are sold as ‘one stance, one ball position, one swing’ in my experience, most golfers don’t do this.

So what can we conclude here? Well, once again, I will probably disagree with the majority opinion. People will say at this point that the whole concept becomes useless. If everything isn’t identical, why bother? I would say that because we are starting from the same point (essentially an identical club) all this variation becomes easier. We aren’t altering things because the club dictates that it be so. We are choosing to do so in order to play better golf.

I regularly gripped down on single length clubs, swung faster or slower, moved the ball round in my stance and I feel it was easier to do than with any other set I have played. Whatever club you pull out of the bag, there is a sense of familiarity. You can hit the same shot on course in two different ways by picking out the same club essentially that has a different loft. This is, in my opinion, highly underrated.

Are Single Irons the Perfect Set?

As I said before, I am not an ambassador for single length. Currently, I have a ‘normal’ set of irons in the bag. I do think that some aspects of the single length set up aren’t great. Here are a few things to think about.

The obvious one is the difficulty with getting a 4/5 iron up in the air for someone who has an average swing speed when the shaft is shorter than usual. Cobra have played around with using flighted iron shafts to deal with this (the longer irons are basically softer in flex). Wishon used different tech in the longer irons in his original one length set The Sterling irons. He put high COR faces in the 4 and 5 irons which lead to the ball flying off the face somewhat like a hybrid with a very distinct pinging sound.

The easiest solution is of course what most of us do anyway: replace the longer irons with hybrids or fairway woods. You can also get single length hybrids to blend in with your set if that is your thing.

The other thing that I don’t particularly like is more aesthetic than anything else. I do like blades generally and I am not a fan of the look of most modern game improvement irons (although something classic like Ping Eye 2 is another story.) Most single length sets are aimed at a game improvement market and so the look aligns to what people who are buying these clubs expect to see.

This is clearly a very personal observation though. If you are looking for a recommendation for a better looking single length set, the one I preferred was without doubt the first generation of the Cobra One forged. This is what might be termed a player’s cavity back and is a great-looking club whether in single or variable length versions.

So that about sums it up. I think that single length is something that a lot of players would enjoy but it isn’t a miracle solution. It is a good idea in that it offers a few very smart solutions to some of the difficulties of the game of golf (and there are many) but it can also present a few drawbacks that are going to be different from player to player.