Golf Swing Transition-How to Get it Right

The golf swing transition is one of the most critical points in the swing and for consistent ball-striking. You can have a short or long swing, flat or upright, slow or fast but if your transition is a mess, the end result isn’t going to be great. I am not generally a fan of getting too technical in the swing and I am not a professional swing coach, but there are a couple of things that have worked pretty well for me and that I go back to time and again when I feel I need a reset.

Why is the Transition so Important?

The transition is often called the top point of the swing. This isn’t actually the complete truth though. No swing simply gets to the top, stops and then changes direction (although Inbee Park’s swing in the video below certainly seems as if it does.) 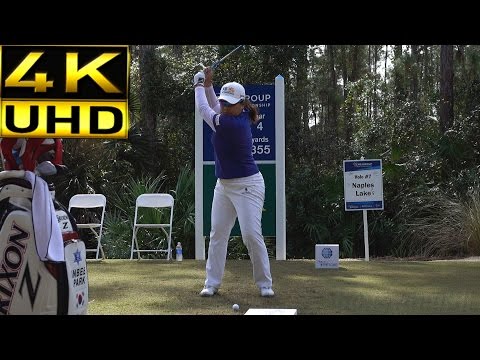 The transition is actually part of the swing that covers this change of direction rather than one single moment. Getting the synchronization right is important because it sets the body and therefore the clubhead on its path towards the ball and ultimately governs impact. And impact is really king of everything. Regardless of all the rest, someone who has regular, consistent, quality impact is going to be playing some very solid golf.

Where should the Transition take Place?

This change of direction doesn’t need to happen with the club parallel to the floor above the golfer’s head. In fact, many golfers, myself included, never get anywhere near this position. If you look at the video below of Jon Rahm, he certainly isn’t going anyway near parallel and almost seems to be coming down before the club is halfway to the top. 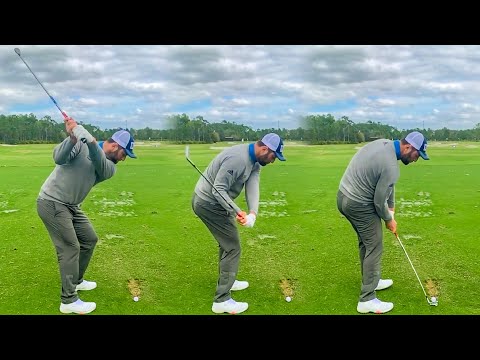 How far back this swing goes really doesn’t matter at all and it can be any point on a line from Jon Rahm to say John Daly. Good swing mechanics, in my opinion, have very little to do with the length of the swing.

This might led you to think that all swings are different but actually the transition is really the same in any good swing. Although the obvious similarities between Jim Furyk’s ‘Octopus falling out of a tree’ swing and Jon Rahm above might not seem obvious, the transition is a lot closer than you might think.

Good golf swings are all about sequence of movement. Big muscles are the drivers that move the smaller muscles. Essentially, this is what transition means. If we forget the arms, these top-level swings suddenly become quite similar. The big muscles of the chest and back are going to rotate away from the ball and then change direction. This is the key point. This downswing is going to be led by these big muscles and then smaller muscles follow along for the ride.

This is what people talk about when they say that a golfer is ‘creating lag’. I really don’t like this idea for various reasons, but let’s say that what is being described is the opposite of throwing your hands at the ball.

Hands first is a recipe for poor ball-striking. It will suck power away, led to flipping at the ball, fat and thin shots and all sorts of other bad things. It is essentially the opposite of the shaft leaning forward, hands first type of swing that we see from the better player.

Many golfers believe this is a problem of impact and it is, but it comes from the transition.

For example, a common problem is to see golfers hitting a weak fade. Why is this? Often, the club path is far too out-to-in and the low point of the swing is at the ball or maybe even behind in. There is no compression at all and the idea of getting a piercing ball flight that really goes forward is impossible.

This often starts in what happens when the golfer starts swing down. If you look at a professional golfer, he will start his move to the ball by dropping the hands slightly, turning the upper body back towards the ball and leaving the arms slightly behind. This is an over-simplification, but is essentially what happens.

Our weak-slicing amateur is doing basically the exact opposite. The first move in the downswing is the arms casting away from the body over the top. The hands led the swing and the torso follows. The body never really gets back to the ball. Te end result is miles away from the pro.

It isn’t as easy as you might think to get rid of a poor transition and get better sequencing. Changing a lot of muscle memory needs more than a little nudge. All this brings us back to Inbee Park and the first video above. I don’t think that following her or Hideki Matsuyama with a pause when you play all the top is necessary. However, it is a great way to learn a new and better way to start the down swing.

There are two ways to do this. I have tried both and both work fine. Firstly, you can try taking a swing but when you get to the top, pause for a two-count and then deliberately start the downswing by dropping the club slightly to the inside and pulling with the upper back/torso towards the ball.

The second way is a little more extreme. In this one, you deliberately set yourself at the top of the back swing. Don’t take the club to the top in a swing, just lift it and set yourself in that position before swinging back to the ball. Then as before, start the downswing with a hand drop and upper body pull.

Both of these are going to feel very strange, especially if you are out of sync and starting your transition with an over-the-top move. It is very unlikely that this will give anything like good ball-striking at the start. In fact, you are almost certainly going to hit a lot of horror shots from shanks to fats six inches behind the ball! This is exactly what happened to me. It can be quite embarrassing on the range and I would pick quiet times to practice!

It is also likely to make your game less good on course. You might have been playing for years with a consistent weak fade, which is fine, but doing this you will probably lose control of your ball for a while. The upside is huge though. Once the body adapts to a better transition led by the big muscles in sync, it should give more distance, better ball control and far more consistent contact.