What Are the Odds of a Hole in One?

It is every golfers dream. Standing on the tee and seeing that tee shot land and start to roll towards the cup. Maybe throwing the club into the air or jumping into your caddie’s/playing partner’s arms as the ball drops. As someone who has played a lot of golf over the years, it feels like I should be due to experience this. So far, no good but just what are the odds of a hole in one on the golf course?

The Nearly Hole in One!

As is the case with most regular golfers, I have my fair share of ‘the one that got away’ stories. The closest I have probably been was one that pitched about a foot short and came to rest a foot past the cup. To this day, I struggle to see how it went from landing point to resting point without ending up at the bottom of the hole. Unfortunately, this is really about as close as I have got and when you think about it, it really isn’t that close. Perhaps I destined to be one of those golfers who never gets a hole in one. I suppose at least that will save me what can be a very expensive bar bill!

Of course, every time this sort of close shave happens, we tend to wonder just how likely it is that our tee shot finishes at the bottom of the cup. There is an easy answer, the oft-quoted statistic from the National Hole in One Registry, which puts the chances of at just over 12500 to 1, or 0.008%

This is fine, but it doesn’t tell us the whole story. For example, the chances of a tour player making an ace are considerably better than this, something in the region of 4 times more likely in fact. Given the amount of golf they play, most tour players have made multiple holes in one at various points in their career, although not necessarily in tournament play.

A Tournament Hole in One

The figure of 12500 to 1 seems like a hole in one would be a very unlikely event even to witness. However, if you start playing around with the numbers, the odds seem to be better than you might think, at least to be a tournament when someone strikes it lucky. For example, perhaps there are four par 3 holes on the course. That makes our odds of it happening nearer to 3000 to 1. Perhaps there are 100 players playing. Now we are 30 to 1. And if the tournament is over four rounds, we are only 7 or 8 to 1 if nobody is cut! Over a season of tournaments, odds are that a competitive golfer will play more than once in a competition where someone fires an ace. No wonder course take out hole in one insurance!

Looking into the stats a little more, about half of these shots are with a seven iron or shorter. Unsurprisingly, the longer the hole, the less likely it is that you make 1. Likewise, your chances of making a hole in one are greater if you are a man and if you are a lower handicap golfer. These two elements don’t really mean that much though. More men play golf than women and lower handicap golfers tend to play more often, so both of these facts tend to skew the statistics somewhat.

What are the Real Odds of Getting a Hole in One?

Our number of 12500 to 1 does seem to give a fairly definitive answer to the question, but I decided to dig a little bit deeper. For example, this statistic is quoted for golfers everywhere but is based on reported statistics from the USA. This means that there are undoubtedly quite a few times when nobody sees the shot at all and therefore it won’t count or it was simply not reported. Likewise, what do you do with a hole in one when a golfer is hitting a couple of balls in a practice round as I often do? For the purpose of statistics, the second ball wouldn’t count.

The fact that these figures are from the USA only also changes things. Admittedly, it is a large data pool with nearly half a billion rounds played annually, but it doesn’t factor in the rest of the world at all. Are we more or less likely to make a hole in one outside of the USA?

Generally, it probably isn’t going to make a huge difference. The odds are going to be essentially the same on golf course the world over. Although there aren’t numbers to back this up, at least none that seem to be widely available, there is one good source of information that lends credence. In many parts of the world, bookmakers will offer odds on anything and you can bet that these odds will be the result of a fair bit of statistical study. The odds offered seem to be fairly consistent with something north of 12000 to 1 being the standard. Given that the bookies don’t like to give money away, I am sure we can take it as read that these odds are reliable!

If you are thinking that it seems easier than this, here is something to think about. The European Golf Tour produces a lot of great content on YouTube, notably their series of challenges. One of these, involved Any Sullivan hitting 500 balls on a 171 yard par 3 to try to make it. I won’t spoil it, but suffice to say it really isn’t that easy! This is also not your standard attempt either, given that he had 500 swings to really dial in one shot, which is very different to the conditions that most of us face when we are on the tee of a par three! 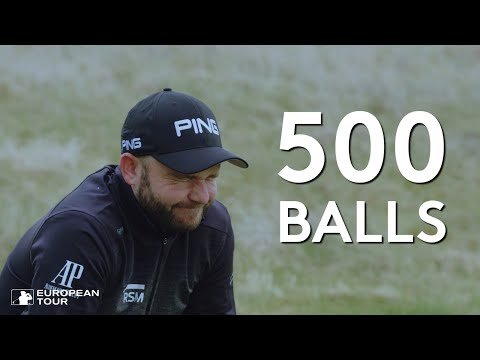 previousBuilding a Back Up Golf Bag
nextDrive For Show, Putt for Dough…..or Not?