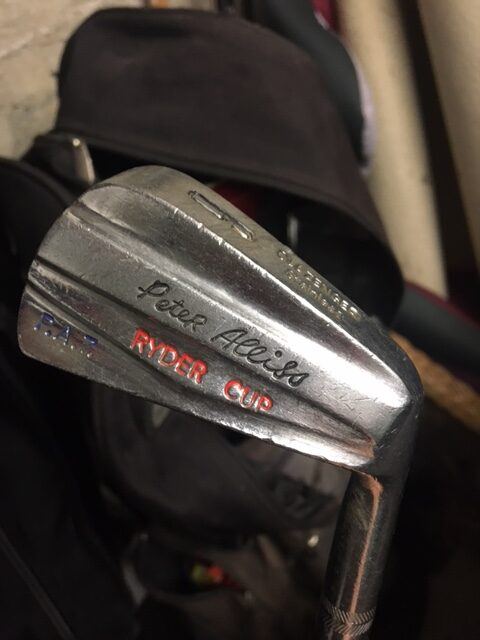 Building a Back Up Golf Bag

My current golf club collection is a far cry from what it was a few years ago. I think, at one point, I had 8 iron sets alone in rotation! This wasn’t clubs that were just gathering dust in a corner either. I was basically alternating sets from one round to the next. Given that these ranged from blades to hybrid irons, extra stiff steel to lightweight graphite and standard length and grip size to an inch and a half over with jumbo grips, you might not be surprised to hear that my consistency wasn’t great! Currently, my situation is a little different and I am on a quest for the perfect back up golf bag.

Who Needs a Back Up Golf Bag?

First things first, this isn’t something any golfer really needs. We can only play one set at once and I would guess most sane golfers are perfectly happy with their one set of clubs. However, there are a few good reasons for having a back up bag. These reasons can be very practical. For example:

All these are absolutely fine, but they aren’t my reason for a back up bag. In fact, in some of these cases they are almost the exact opposite. For example, if you have a spare set or half set for practice, it makes sense to have clubs that are the same or the very least similar to your main set. If you keep a set for a friend who might be staying, you are probably going to have something that is going to be very friendly to hit for someone who perhaps only plays a bit of social golf now and again.

Personally, my idea of the ‘spare’ set or half set is to pick clubs that you desire, clubs that are iconic, things that you dream of having in the bag. I perfect example might be blades. Perhaps you are someone who lusts after a set of shiny butter knives but can’t quite bring yourself to put them in the bag. Maybe you are scared to play blades thinking that you aren’t good enough (although I talked about just why that might not be true here.) The back up bag is the perfect opportunity to play them.

Generally, this is the bag you are using when you are playing a friendly round or in my case playing on your own at the start/end of the day. If you hit one a little thin with a blade, it might send a few vibrations up your arms but nobody is going to see or care. It is a small trade-off for the absolute joy of that perfectly struck shot with a Mizuno Mp 4, a Wilson fg 62 or whatever your favourite blade might be.

The other thing that can be a lot of fun to put in a back up bag is a classic set. As an example, I had a gorgeous set of Becu Ping Eye 2 irons in there for a while. Currently I have a set of Peter Alliss blades from the 1950s (see the photo at the top of the article) and I am looking for a bargain in something like the Wilson Fluid Feel irons or maybe a set of Australian blades. These aren’t the easiest clubs to hit. In fact, the current set I have might just be the most difficult and have a leading edge you could shave with! They are probably three clubs weaker in loft than the latest Super Game Improvement irons. The pleasure I get from hitting these clubs is immense. To me, it feels like going back in time and playing the course in a different way.

Do You Need a Complete Back Up Set?

You might have noticed that I have only really talked about iron sets in a back up bag. This is actually part of beauty of the reserve set. Who says you need to have all the clubs in there? I think this second bag should be all about the pleasure of playing. I love hitting irons so my perfect back up doesn’t generally have woods or hybrids at all. I would much rather have the opportunity to hit a five iron off the tee followed by another five iron off the fairway than play as I would in competition with driver/wedge or whatever.

You might be completely the opposite. Your dream set up could be that 6 degree long drive driver that you wouldn’t dare take on the course normally. You prefer to smash this driver and then hit wedges from behind the trees. Or maybe you are all about the short game and the reserve set is the opportunity to take a couple of longer clubs and five wedges to the course. It doesn’t matter. It is, or at least should be, all about enjoyment.

The other thing that I like is building a bag on a budget. My Peter Alliss blades were a gift from a friend who actually played them in his youth! I previously had a half set of Ben Hogan forged Edge irons that set me back the princely sum of, if memory serves, £2.50 a club in a charity shop. I have also had various other sets that have been put together for less than the price of a new wedge, sometimes far less.

Building a Spare Set on a Budget

This isn’t (just!) about me being tight with my money, I promise! There is a very real pleasure for me in taking something that is considered worthless to many and giving it value. Coming back to my blades, they were in pretty poor condition after half a century of use and a fair bit of time gathering dust in a garage. It was a real joy for me to clean them up, put on new grips, try to buff out some of the marks and scratches on the head, redo the grooves and do a new paint fill. They might not look like the latest and greatest but taking them out on the course after this is one of my favourite golfing experiences.

The back up bag doesn’t need to be practical. It can, and maybe should, be your personal golfing flight of fancy. This might be complete copy of your first bag. It could be a half set, covering all the bases to get your round the course. Or it might just be those old school blades you have been wanting since you first hit a ball in anger.

previousHollow Head Irons: Worth a Look?
nextWhat Are the Odds of a Hole in One?