We all know golfers are cool under pressure, never show their emotions and are a million miles away from the club-throwing, 5 putting tantrums and mental flaws of the average hacker. I mean, you would never see a pga pro  losing it, would you? Or a complete miss hit from those superlative ballstrikers? Actually, yes, you would.

If you have ever felt that those guys on the tv are simply machines calculating their way around the course, hopefully this article will set your mind at rest. Sure, it might not make you any better, but it goes to show that anyone can have a bad day at the office (or on the course!)

Before we get carried away, remember that these guys are truly, amazingly good. It is easy to see a pro 5 putt and think “Even I wouldn’t do that“, conveniently forgetting just how slick those greens are and how different it is getting the job done with millions on the line and thousands of people watching (plus millions more on tv.)

Actually, I am amazed that there are so few complete disasters on tour. I am a reasonable golfer and quite often hit one out of bounds as soon as a couple of people are watching me tee off in competition. I can also happily three putt for two feet when anything at all is on the line.

So sit back and enjoy the best being humbled, but remember that they are still a million miles from the rest of us:)

Ernie Els 7 Putts at the Masters

Nobody likes to three putt but it happens to everyone on at least a semi-regular basis. But what about a four putt? Pretty bad right? Now imagine a seven putt, on tv on the first hole of the Masters! Ernie Els somehow managed this and if watching this doesn’t make you squirm in your seat at least a little, I don’t know what to say. By putt three, I was just willing the damn ball to drop.

Ernie is certainly a classy individual though because he keeps his calm throughout and actually came back to have a pretty good round. Personally, I would be looking for the nearest lake and testing my putter-flinging capacity! 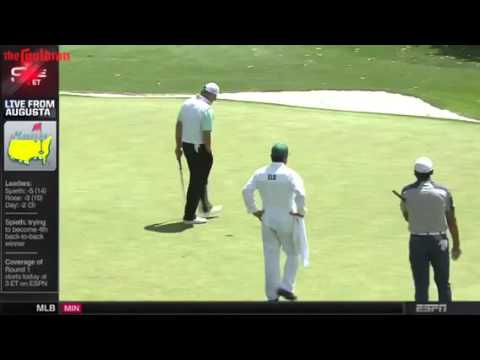 John Daly Throws his Club in the Water

Any article on golfers losing it would be incomplete without something from John Daly. Big John has certainly had his fair share of ups and downs over the years as he has dealt with a few demons both on and off the course. With his legendary long hitting and his larger than life personality, it is easy to forget just how good a ball-striker he really is, especially with his wedges so it is a bit of a surprise to see what happens here (although not so much to see what happens to the club afterwards!) 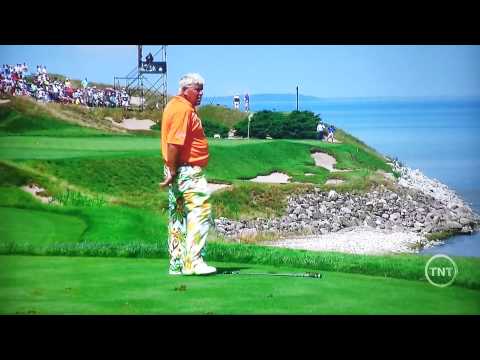 At least he made one kid’s day and he will certainly have a story to tell when he gets older as well as something to put over the fireplace.

These two are both fairly emotional characters on the course. Bradley is known for his manic stare as he stalks behind his ball and the cigar-chomping Jimenez is usually happy to speak his mind too. When they were drawn together in the third round of the Cadillac matchplay in 2015, it was fireworks waiting to happen and anyone waiting for this wasn’t going to be disappointed.

Things got heated after the pair exchanged words over a free drop and the situation quickly escalated after Bradley’s caddie got involved. The players were in each other’s faces fairly quickly and Bradley was clearly not happy. The bad blood went all the way through to the end of the round and Bradley’s caddie was still keen to have his say to Jimenez next to the 18th green. 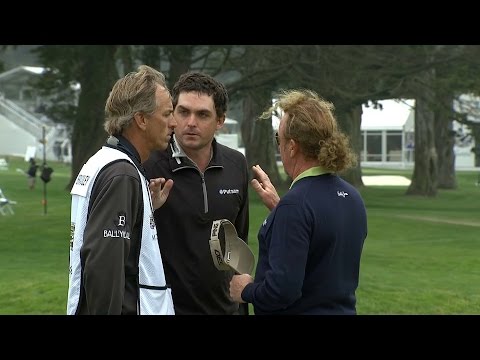 Bubba is a love him or hate him kind of guy. No doubt some of the shots he pulls off are incredible and his self-taught swing gives hope to every hacker. However, he does sometimes come across as a little ‘prickly’ to say the least.

Not sure exactly what the history is between these two but Bubba kindly invites to Steve to ‘Kiss his a…!) 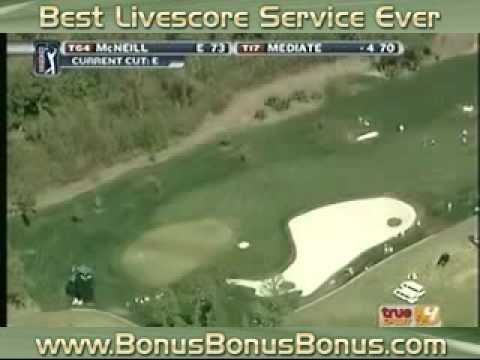 Whilst the golfers here aren’t on tour, they are almost all teaching pros. I actually love this compilation put together by Mark Crossfield for a couple of reasons. Firstly, it would be so easy for him (and the other youtube golfers) to edit these shots out. They don’t and it is, at least for me, a real pleasure to watch these vlogs, warts and all.

Secondly, it is good to see things going wrong and then the golfers laughing about it. Ok, they aren’t, for the most part, trying to earn their living by playing and I would guess that they probably spend relatively little time on the course and virtually none practising. Given they usually film their vlogs off the championship tees, I think it takes a certain amount of balls to put this stuff out there, given that the average twitter/youtube/facebook commentator is just looking for an opportunity to criticize.

So whilst these might not be meltdowns, it isn’t every day you get to see a golfer hitting a sheep or even his own foot and this is generally enough to make me feel better about my own performances. Thanks gents (and are you even a pro?;) ) 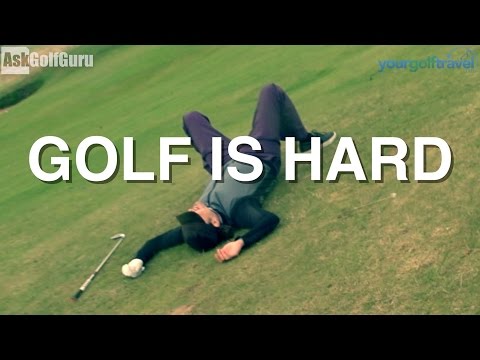 previousNew Golf Rules Proposal-Common Sense or Changing the Game?
nextThe Best Golfer in the World in 2017?