After looking briefly at the what the science says about the putting yips, it is high time we started looking at how to get rid of the damn things! As I said at the start, this series is basically  a study of one. I am looking at what works for me as I try to deal with some of my on green issues and hopefully this will help a few other people out there.

Overcoming the Putting Yips with a New Method

Obviously, the first thing I did when starting out on this rather unfortunate journey was head to the course and see just exactly what was going on with my putting stroke. I headed to my local course and popped into the clubhouse to say hello before going to the practice green. One of the teaching pros was in there and I asked him if he new a lot about the yips and the various ways that I might get rid of them.

He offered to take a quick look at my putting stroke and I was happy to agree. As I stood over a couple of shortish putts, he went behind me and looked at how I addressed the ball. I hit probably 5 or 6 putts, some ok, some missing, and asked him what he thought. Interesting enough, rather than talking about my actual stroke, what he did say was that my alignement wasn’t great and that I didn’t have any sort of putting routine.

Great, I thought. Not only do  have the yips, I also can’t actually line a putt up! 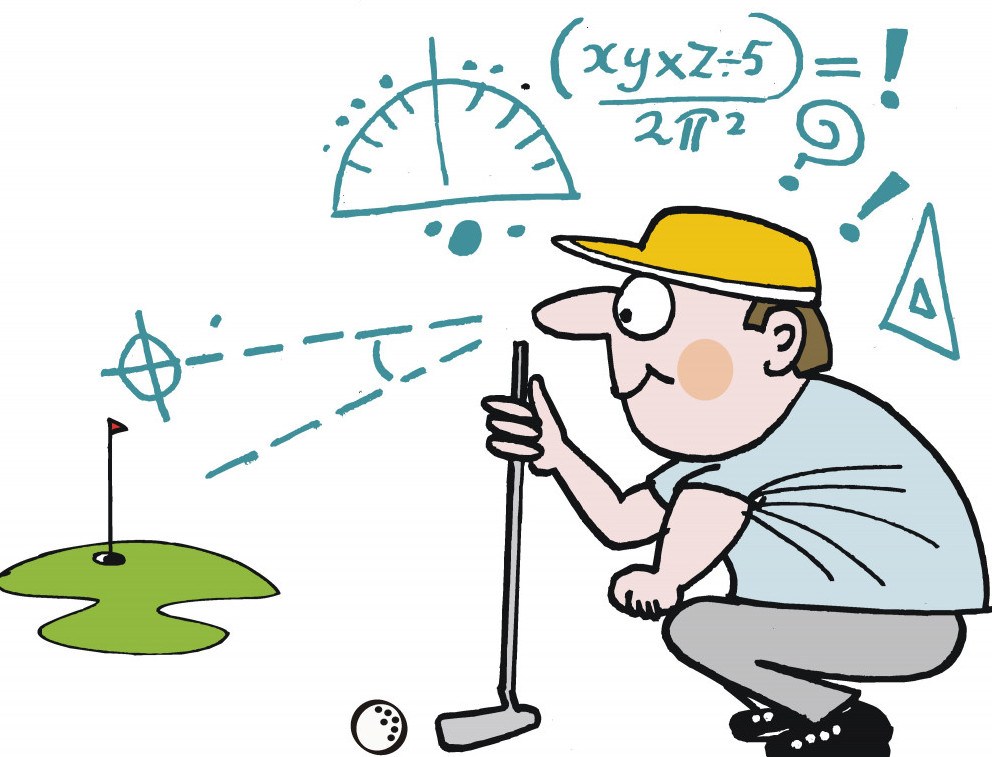 He gave me a couple of suggestions and I realised that having no routine was actually causing me problems with alignment and also at least partly responsible for some of those nasty, yippy misses. I sometimes to try to “save” a mis-aligned putt by manipulating the face at the last minute. This is a recipe for disaster!

So what exactly did I change? I will try to talk you through what I now do but before that, here is what I was doing before so that you can see the difference.

As I get to my ball on the green, I will mark it, lift and clean like most people. I then place it down any old how, take my stance, look at the hole once or twice and putt. Sometimes I will do a practice stroke or two as well, sometimes not.

Now this is clearly not a great way to putt. You might even say that I deserve to be a terrible putter if I can’t do any better than this. You may well be right! In my defence, this “careless” approach on the greens does have its roots in my bad putting. The logic goes something like this:

So what has changed and has it cured the yips? Well, without keeping you in suspense, no, it hasn’t completely solved my problems, but yes, it has made an immediate impact which is certainly part of the solution. My new routine goes like this.

So how has it worked so far? Obviously it is early days but there have been two huge things that I have noticed. Firstly, I have never really taken the time to read the line on the green and I am learning how to do this. For example, picking a point to line up with on the apex of a putt with lots of break isn’t that easy. I still miss too many putts because of this.

As an example, I played on Friday on a course that has some quite fast greens with plenty of slope. I missed a putt of about 3 feet or so on one of these greens. However, I wasn’t too disappointed. How come? Well, basically I went through my routine, putted the line I had picked but I simply hadn’t read the break at all. I putted straight (and quite soft) at the hole when there was easily a cup or more of break. For practice, I replaced the ball, went through my whole routine again taking far more care with the line and holed the putt.

The Mental Benefits of a Good Putting Routine

The real benefit to all this, at least in terms of the yips, is the second one though and it is mental. As I mentioned in my article about the science of the yips, anxiety on the greens actually worsens the problem. As fellow sufferers know, standing over a putt when you don’t know what you hands or wrists are about to do is a particularly unpleasant feeling!

Having a routine simply helps me to think about something else. As I take my club back (slowly and steadily) I am just trying to concentrate on keeping the putter line and the ball line the same as I then go through the hitting zone.

To me this is huge. If I can do this regularly, it feels like there is less chance of some horrible parasitic movement coming into play. Once again, it is early days, but it is making a difference. As I played on Friday, I putted everything, even the tap ins, always going though my routine. Outside of competition, I will often pick up when there is a couple of feet or less. Not because I am sure I will hole, but more because I am far from sure and really don’t want that sort of stress when nothing is on the line!

I didn’t hole all of these (see above) but I didn’t yip anything. And although this is far from proof, I did have one pressure putt that I holed which I am far from sure would normally have been the case. I drove the green on a short par 4 (the work on my driver is starting to pay off!) and had about 6 feet (a little under two metres) for eagle. I went through my routine, picked a line and holed it. It was a slight break too, so not just a tap in.

I would like to say that I stroked it into the back of the hole knowing it would drop. This, sadly, wasn’t the case. I was thinking about the miss and leaving myself 3 feet coming back for birdie (and missing that!) As a consequence, I hit it too soft and it barely made the hole. However, it dropped dead centre.

So have I cured myself? Sadly, I don’t think so, at least not completely. This routine is certainly a big step forward for me though. I have also made some other more concrete changes that I will go over in the next article and I think that by putting all this together, I might actually find a light at the end of the tunnel.

If you want some other ideas about putting and specifically how to practice, here is  an article that should give you a few things to think about.