How to Choose Your Wedges

When choosing new clubs, a lot of the focus tends to be drivers with irons next and the short sticks like putter and wedges getting less of the attention. Honestly, I am as guilty of this as the next guy, simply because, well, bombing a driver is cool! Actually, it must be old-age setting in because I really don’t seem to bomb anything much anymore and maybe because of this my focus is turning towards the short game and a few thoughts on how to choose your wedges.

One of the big advantages of looking at the short game tools is that you can really spend some time learning how to gt the best out of them. There are only so many balls I can beat at the range before boredom and sore joints kick in. However, I am finding more and more that going round the short course with wedges and shorter irons is a lot of fun and keeps things both interesting and easier on the body. 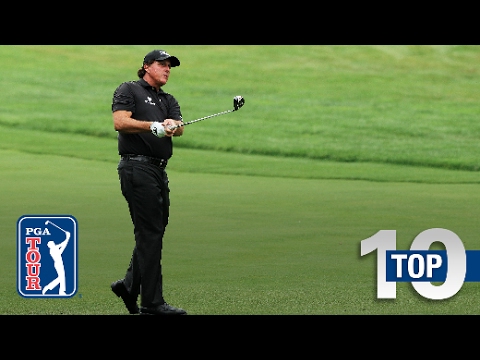 Most golfers still don’t really pay a lot of attention to the clubs they use for this though which is a shame. There are so many choices, from bounce to grind and loft to look that it is worth digging a little deeper.   Of course, for most of us, this goes about as far as using the set pitching wedge and maybe gap wedge an then adding a specialist sandwedge (or not).

Use the Right Tool for the Job

You can make life a lot easier and give yourself a lot better chance of actually getting up and down now and again by thinking about things a little differently. For me, there is one question that we should all ask ourselves before choosing a short game weapon and it is this:

Obvious question, right? Actually, not so much. Let me give you an example. One of the least-appropriate names for a club in the modern game is the pitching wedge. Decades ago, this was what we might now think of as a gap wedge, around 50 degrees of loft, and used a lot around the greens. Today, it will most likely be between 43-45 degrees, and for almost all golfers serves as a 10 iron. That is, it is simply a club to go a certain distance, perhaps 15 yards further than a nine iron.

If this is your case, it makes sense to use a set pitching wedge. Now for a lot of golfers, the next club in the bag might have become an ’11’ iron. You can call it a gap wedge if you want, but if you are using it as a full swing club to go a set distance again, you should be choosing something that blends seamlessly into the rest of your set. Going from a large cavity back to a bladed wedge when you are attempting to play the same shots with both makes no sense at all.

So, the answer here is actually pretty straightforward-you just have to ask yourself the question!

Things get a little more complicated as we get closer to the green. In truth, manufacturers have given us so many options over the last few years that things can get complicated. It isn’t just about loft anymore. You now have a range of choices in terms of bounce and grind. What is all that about?

Time for a couple of definitions:

[one_half_first]Bounce is basically the angle between the lowest point of sole of the club and the leading edge in the address position. A good player will manipulate bounce simply by opening/closing the club face or moving the ball around in his stance.[/one_half_first][one_half_last]Grind is the shaping of the sole of the club in order to create more shot-making possibilities, such as opening it right up for the flop shot[/one_half_last]

Here is a good interview with wedge guru Bob Vokey (yes, that Vokey) that explains things pretty well. He says that bounce is the friend of most golfers because it adds forgiveness on all sorts of short game shots. Unless you are really hitting your short game practice hard, forgiveness must be a good thing around the greens, right? I mean I know I would rather stand a chance of getting it up an down on a mishit rather than watching the ball shoot across the next tee just they are about to tee off!

If you are looking for a little more help on how to use that bounce on a variety of green side shots, this video might give you a few ideas. 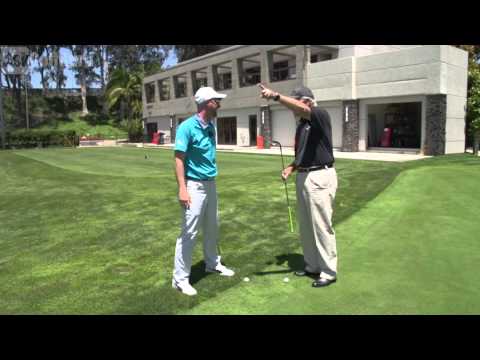 So choosing the right bounce is probably a smart idea. Generally, the manufacturers are quite good at matching up the needs of the common golfer with their products. For example, choosing something around 56° of loft will usually give you a model with fairly high ounce, simply because it is probably going to be your club of choice for the sand; Having a fair amount of bounce here is going to be key in getting you off the beach and, hopefully, onto the green!

How Important is Your Wedge Shaft?

The other question that a lot of golfers ask is in relation to shaft. Now, I do like playing around with different shafts, it appeals to my inner golf geek, but I am not really sure that it is that important for most of us in wedges. The common way of going a bout things is to take a softer shaft in the the wedges compared to the irons, for enhanced feel.

Many pros who play x100 shafts in their irons will move to s300s in the short game sticks.

For the rest of us, I just don’t know. I hate to say that shafts to matter here, it just seems to me that the standard ‘wedge flex’ will do the job for most people. There isn’t anything magic about wedge flex anyway-it is often ‘just’ a standard stiff shaft, sometimes a little lighter.

I have never really seen a huge difference with some of the more exotic options made especially for wedges either. These shafts are supposed to impart more spin on the ball, but in practice I have never noticed this. I might just not be very good after all! I would love to see my wedge shots hit and suck back 5 yards, but it hasn’t happened so far.

One thing that I do like in a wedge is a bit of customization, one of the reason why I like component clubs so much. This used to be the realm of the tour pro but more and more off the rack options actually offer simple things that stamping. How can you possibly take three in the bunker when you have got your initials stamped on the back, right?

This is just the start and if you really want to push the customization boat as far as possible, some of the boutique brands will let you do whatever you want (and can pay for!) This is getting close to the area of the golf club as art, in the same way that putters can be more than just a simple flat stick.

Looking at a couple of the models above, who wouldn’t want to have them in their bag?

Fortunately, most edges nowadays actually look pretty good as they are. A lot of thought goes into the visual aspect, possibly even as much as the practical side. I might be the exception here, but there is a lot to be said for having clubs that look good. I tend to play better (at least I think i do) with clubs that I like the look of. And even after a terrible round, you will still look great on the clubhouse terrace!