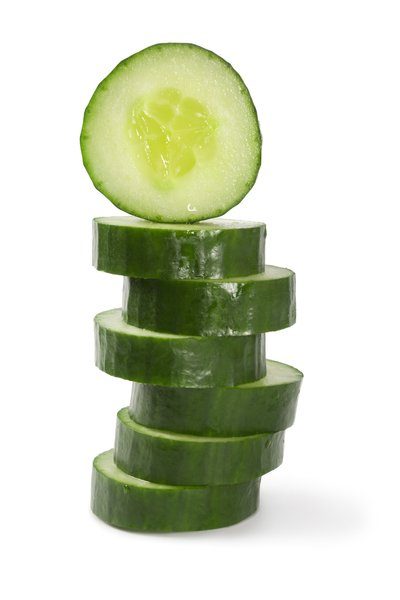 It seems that I currently have an attraction to controversial topics. Minimalist golf, blades and single length irons are all particular favourites. If there is one thing that is destined to set the golfing internet on fire, it is swing theory. Generally, I don’t worry about this too much, but a recent video from the always interesting Rob McGarr sent me down a track I traveled a few years back. Could it be time for another look at stack and tilt?

Back to the start. Over the years, I have looked at lots of different bits and pieces in terms of swinging the club. I generally don’t make huge changes but I will try various tings to see if they are worth looking at in a bit more detail. I am subscribed to Rob McGarr’s YouTube channel and he released a video recently entitled ‘I learnt a completely new way to swing the golf club’. I clicked on it, thinking it would probably be an interesting take on the golf swing and after watching a couple of minutes, I thought “That’s stack and tilt”. Here is the video if you are interested.

What Exactly is Stack and Tilt?

Time for a (hopefully brief!) history lesson. I will keep this to the basics so please don’t tell me I have missed some small detail along the way. Stack and tilt was (and still is) a way of teaching the golf swing developed by Mike Bennett and Andy Plummer. I am going to do it a gross disservice by over-simplifying it here, but it involves staying over the ball with weight forward rather than swaying away and moving back. The upper body is ‘stacked’ on top of the lower body and the theory says that this, allied to the leading shoulder ’tilting’ down to the ball, is the absolute best way to control the low point of the swing which is key for great ball-striking.

So far, I really don’t find this too controversial and the first time that I looked at stack and tilt maybe a decade ago, this basic logic appealed to me. Stay over the ball and discover the joys of ball first then turf contact on a regular basis. I didn’t follow through and go full on with the method for various reasons.

Firstly, I was am generally still am, a reasonable ball striker. I wasn’t having a crisis of fats/thins and other issues which meant that I needed a solution to my dreadful swing. I thought that it was probably more dangerous for my golfing health to mess around with something that was working fine (although not amazingly well either, being honest.) I really didn’t want to take the time to tear everything down and build it back up again from scratch.

The Stack and Tilt Controversy

The other reason that I let go of S and T was simply the amount of online controversy and even vitriol it generated. I like to get various opinions of golf and see what other people think. Doing this a few years ago with stack and tilt was a huge eye-opener. It felt like threads were popping up on golfwrx every week. There didn’t seem to be a lot of balance in the information either. Basically, either this method was the best thing since sliced bread and had taken someone from a weak, slicing 20 handicapper to a 5 handicapper hitting green after green or it had taken a five capper and reduced him to a quivering mess unable to strike the ball and in constant pain from his back. Hard to make sense of it all.

This doesn’t make a huge amount of sense really because whatever the marketing blurb says, stack and tilt hasn’t reinvented golf. If modifies a few things in the swing, that’s it. This doesn’t mean that these modifications can’t make a huge difference though.

The other reason I didn’t really get too deep into it was this marketing angle. It seemed to get to the point where it was becoming almost like a sect for some of the ‘followers’. Here’s an example.

Somebody would post a question online along the lines of “I am doing stack and tilt, can someone gives me a few pointers about x, y,z which I can’t quite grasp?” After a few replies, someone would ask who their coach is and if there wasn’t one, or at least not one who was one of the certified stack and tilt coaches, the person was told that they weren’t doing stack and tilt because only a recognised coach could lead them to the path of true swing enlightenment.

It felt like the salient points were being shrouded in layers of technical mystery. Which is why I found the video above interesting. It was based on the stuff from golf coach Tom Saguto. He puts out a lot of short instruction videos on YouTube which I hadn’t seen until a few days ago. Since then, i have been working through a few of his videos.

To me, he is definitely promoting a stack and tilt swing but what is interesting is that he seems to have a much more simplified way of putting it across. I don’t doubt that he would recommend in person coaching and I think he has an online coaching programme too. I haven’t experienced either of these so I can’t comment as yet but will endeavour to get a look at his online stuff and update.

What I am enjoying from what I have seen so far is what I wished I had found in stack and tilt a few years ago. A few key points to work on that don’t need 50 lessons with an expert to grasp (but do obviously require some work to put into practice.) As Rob McGarr explained on the video, there are essentially about three key points to pick up.

another disclaimer here: I am not trying to transmit Mr Saguto’s lessons. Until a few days ago, I hand’t heard of him! It is quite possible that he may disagree the fact that I put these three points forward. What I am saying is that I think someone who works on these three points has taken perhaps the mostly easily applicable points of stack and tilt and has something that will actually make a difference to ball striking. You can see the results Rob got if you look at the video above for example.

So as a self-proclaimed reasonable ball-striker, why am I tempted to look at this? Well, as I say, I like the idea of simple changes. I don’t want to rebuild my golf swing. The other point is that I am perhaps not as good with my irons as I sometimes think.

As an example, I recently played in a scramble where I had a shot into a green with an iron or wedge in my hands from either tee or fairway on virtually every hole. I think I hit 7 of them. Sure, the ball flew high and quite far, but the bottom line is that I don’t perhaps have quite the control I would like to think. Smashing a five iron up the fairway looks great, but ultimately, if you can’t guarantee that you are going to hit a green with 8,9, wedge, you aren’t really hitting it as well as you might think.

Give (This Version) of Stack and Tilt a Try

My golf season this year has been sporadic t best with very few rounds played and is probably virtually finished. If ever there was a time to try something, it is now. I will be putting these simple tips into practice and trying to find out a little more about the Saguto method. As always, I am not trying to sell you on anything, but something that has a simpler approach to stack and tilt without all the controversy is probably worth a look for the average golfer.