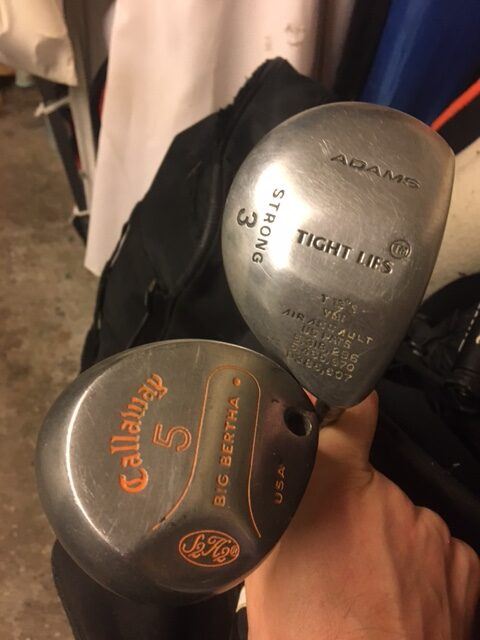 The three wood is a funny club. It is almost certainly the hardest to hit in the bag and yet some golfers swear by it and you struggle to get it out of their hands (here’s looking at you Henrik Stenson) It is really one of the least versatile clubs in the bag too and yet it is rare to find a golfer who doesn’t have one. Often, it is simply extra weight in the bag as we find a reason to hit a long iron or hybrid or even a driver instead. I think one of the reasons why it is such a love me/hate me deal is to do with 3-wood lofts in general.

How Much Loft on Your Three Wood?

First things first: in general, you are going to be finding somewhere between 13 and 15 degrees of loft on a three wood. Of course, this being golf, there is no industry standard, but this is going to cover 99% of the longest fairway that most golfers carry.

There are a couple of things that make this less precise than you might want. Firstly, adjustable fairway woods are the norm nowadays. It is actually getting more and more rare to find a fixed head fairway wood. I have a few sitting in the garage as you can see from the picture above, but these are certainly well into the realm of classic clubs. The last modern three wood I played, a Cobra, had adjustability in both loft (13 to 16 degrees) as well as face angle open or closed. Some will give you even more options than this, letting you play with making the club sit more or less upright too.

Of course, these variables are actually connected and giving a club more or less loft will automatically affect something like face angle, but that is probably a story for another day. This is why most of us today are more likely to talk about a 3 wood ‘set at …………. degrees’ because it will depend, perhaps after a bit of trial and error or maybe as the result of a fitting with flightscope or whatever.

This brings us to the issue of loft and just how useful your three wood really is. I will admit, I chuckle quietly into my pint in the clubhouse when I overhear some of the conversations related to the three wood.

“I really need it to reach those longer par fives in two” is one of the modern classics. Generally, the guy saying it has played well if he shoots ninety and the chances of him hitting that par five in two with a three wood are about the same as my invitation to play in next year’s Masters-it isn’t going to happen!

As a long second shot club, a three wood at 13 or 14 degrees is a useless club for most people, let’s just come out and say it. The swing speed you need to get the ball airborne and with the right amount of spin to stay airborne in order to get decent distance is simply not a shot most golfers possess. If we ally the fact that your chances of middling the second longest club in the bag which has a head far smaller than a 460cc driver are low to nonexistent, the shot becomes the ultimate golfing Hail Mary.

It does happen, but not often. Certainly not often for it to make sense in the percentages.

So where does that leave us? Well, the three wood is also something of a victim of loft creep throughout the bag. Yesteryear’s seven iron at 35 degrees is now sitting at 28 degrees. My three iron is essentially the same club as something with a five on it in many modern sets and my clubs really aren’t that old. Adding hybrids and driving irons into the mix means that your longest non-fairway might be at 18 degrees or maybe even 17.

Some people still feel that they need to have two fairway woods between this and the driver and end up with two difficult to hit clubs that are labeled 3 and 5, but with basically the same loft and the same (slim) chances of getting a decent result when you hit them. In fact, I would wager that many people are far better off hitting that hybrid at 18 degrees for consistent distance.

So time to put the three wood with the iron in the reserve bag to gather dust? Well, maybe buy maybe not. I think that it has a place but it is going to depend on each golf and their game, especially their gapping. For example, if you are a higher swing speed player, you might have a driver that is 9 degrees, depending on your attack angle and so forth. Something like a 14 degree 3 wood might just have a role to play, giving you an option between driver and driving iron/hybrid or 5/7 wood.

I would certainly think about playing something with a large head size and a shorter shaft, but chances are this type of golfer has at least a half-decent shot at hitting the shot.

however, the average Joe who is swinging at less than 100 miles an hour with his or her driver, and probably actually at less than 90, is just wasting their time with a three wood at 13/14 or probably even 15 degrees. You might want to think about gapping rather than loft.

For example, it can make perfect sense for someone to play a club at 12 degrees, and two at 19. This might seem crazy and something like 12,15,19 would work better, but in reality, gapping between 12 degrees (the driver), 19 degrees (the 5 wood) and 19 degrees (the hybrid) probably works better.

Golf isn’t played on paper. The traditional bag set-up with everyone sporting a 13 degree lofted fairway might make sense for some, but not for most. Take your clubs out on the course and see what actually works rather than making neat gaps on paper from one loft to the next.